'Strong, confident' Gabby was at ease in Kenya

The Australian teacher shot dead in Nairobi is remembered fondly by many, including SBS staff member Simon Vandore. 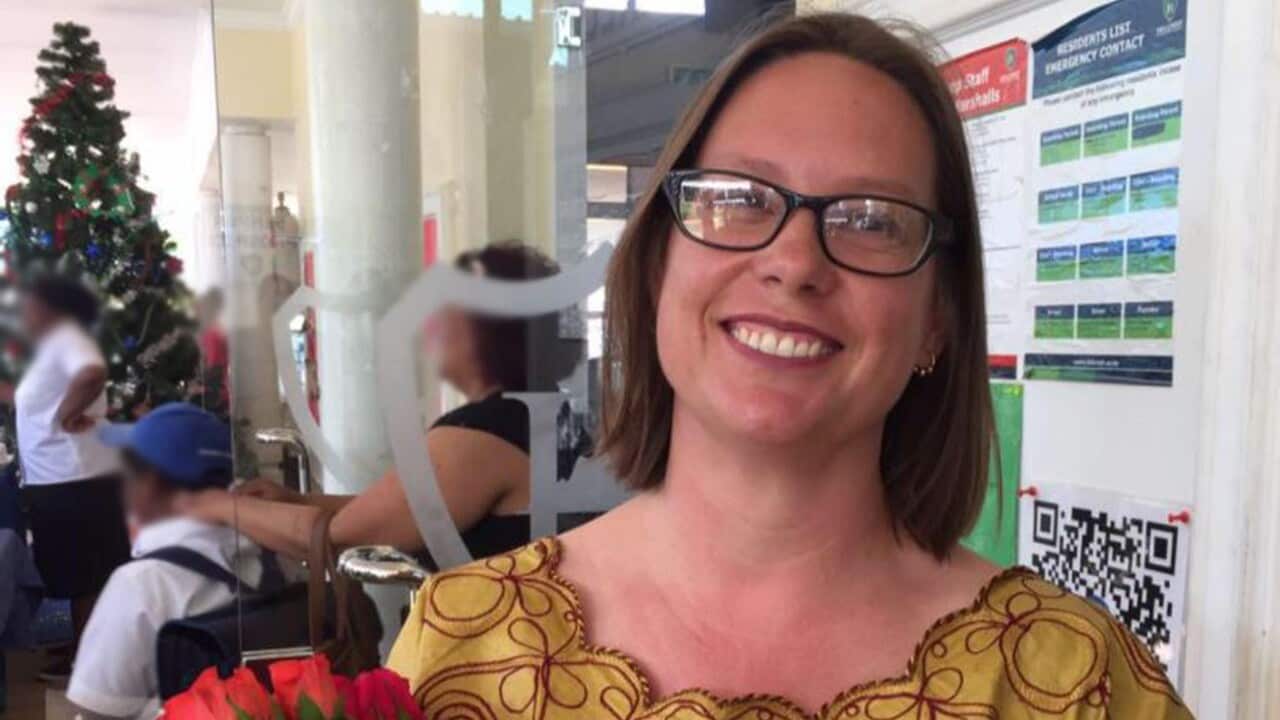 Gabrielle Maina was at ease in Kenya.

She would commute alone by car across Nairobi and shop at frenetic markets in outer suburban Kiambu. She was a strong, confident woman.

Last year, Gabby’s Kenyan-Australian husband Cyrus acted as my ‘brother’, vouching for me when I asked my wife Jenn to marry me.

We were repeating our Aussie engagement in a traditional Kikuyu ceremony for Jenn's Kenyan parents in Nairobi. Gabby, a close friend of Jenn’s sister, sat with their family, Cyrus with me.

Part of the ceremony asks the would-be groom to identify his intended bride from a line-up of women, each wrapped head-to-toe in a shuka (a traditional garment). One pair of European-looking feet cheekily stuck out to me: Gabby’s.

Cyrus and Gabby emigrated from Sydney to Nairobi in 2015 with their two Australian-born sons. They were part of a wave of Kenyan-Australian friends who moved back to Nairobi that year, seeking opportunities in a booming Kenyan economy. Things had been pretty quiet for us in Sydney after that, so it was great to catch up with everyone again.

An experienced Australian teacher, Gabby quickly found work at a private school in Nairobi. When its headmaster left, she was appointed to that role.

I recall sitting on a rocking chair on the porch of Cyrus and Gabby’s house in Nairobi, thinking they had done well. Their happy sons chatted in newly-acquired Kenyan accents as Gabby read aloud from a book in Scots - a native language of my birthplace, Scotland, which fascinated her.

A few months ago, she returned to Australia for a visit – just Gabby and the kids. We chatted over a meal on a sunny afternoon at a friend’s house in Sydney. They were heading back to Nairobi in a few days.

Everyone is no doubt in shock at the
news of her death
. Reports suggest police are investigating a handbag theft gone wrong, although it is common in Kenya to use an electronic currency called M-PESA, rather than cash.

The neighbourhood of Karen, where Gabby was killed, is regarded as a peaceful, affluent part of one of Africa’s most advanced capital cities, with many expat wazungu (white people). This is not the sort of thing that normally happens there.

Gabby often posted inspirational quotes on Facebook. One of her last, on October 9, read: 'When you educate a girl, you educate a nation'.

Many people in Australia and Kenya will always remember Gabrielle Maina fondly. My thoughts are with her family and friends.