All sectors of the Australian community are aligned in the fight against suicide, former prime minister Julia Gillard says. 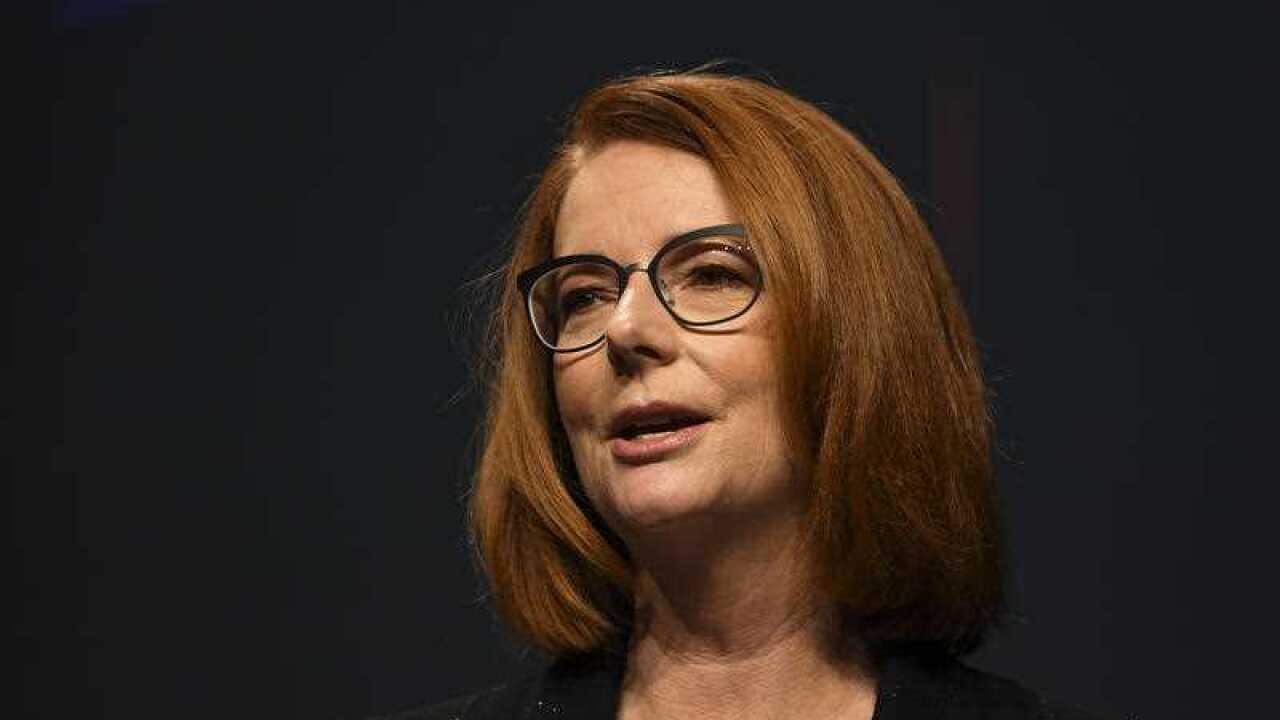 The time is right, for the sake of society and the economy, to tackle suicide and "make the seemingly impossible, possible", former prime minister Julia Gillard says.

The Beyond Blue chairwoman on Tuesday addressed the opening of the National Suicide Prevention Conference in Melbourne, speaking passionately about the need to do more to reduce the number of Australians taking their own lives.

Advertisement
"Suicide is one of the greatest public health challenges of our time, but that does not mean we cannot achieve change. When we work together, Australians can make the seemingly impossible possible," Ms Gillard tweeted from the sidelines of the conference.

"In every part of our country, and for the sake of our society and economy, we need to continue to stress that maintaining good mental health and preventing suicide is a social, economic and political imperative."

The former Labor leader said her conversations with politicians have shown there is widespread concern about the suicide rate.

"Never before have public sentiment, political will, and our sectors been so aligned. This is our moment."

The conference comes a week after the release of
new statistics showing links between suicide and issues including family breakdowns and economic hardship.

The pilot study found that approximately 63 per cent of all suicide deaths in 2017 had one or more associated psychosocial risk factors, and this proportion was similar across gender and age groups.

They include family cohesion, relationship factors, use of drugs and alcohol and financial stress.

"Unsurprisingly it confirms that the circumstances behind each suicide are complex and multi-factorial. There is no single reason why a person attempts or dies by suicide," Ms Gillard said.

The report identified the top five most common factors were the same for Indigenous and non-Indigenous Australians. But risk factors relating to relationship issues ranked higher for Aboriginal and Torres Strait Islander people.

The interplay of social connectedness, grief and loss, require focus to reduce suicide among Indigenous Australians, claim the researchers.

She said the focus should not just be on crisis support, but preventative services to stop people reaching breaking point.

The conference will look at issues including combating stigma and runs until Thursday.

Readers seeking support and information about suicide can contact
Lifeline
24 hours a day online and on 13 11 14. Other services include the
Suicide Call Back Service
on 1300 659 467,
Beyond Blue
and
Kids Helpline
(for people aged five to 25) on 1800 55 1800. More information about mental health is available at
Beyond Blue
.