A new project hopes to demolish the disproportionately high rates of suicide by Aboriginal and Torres Strait Islander people, which stands at more than four times the rate of non-Indigenous people in some demographics. 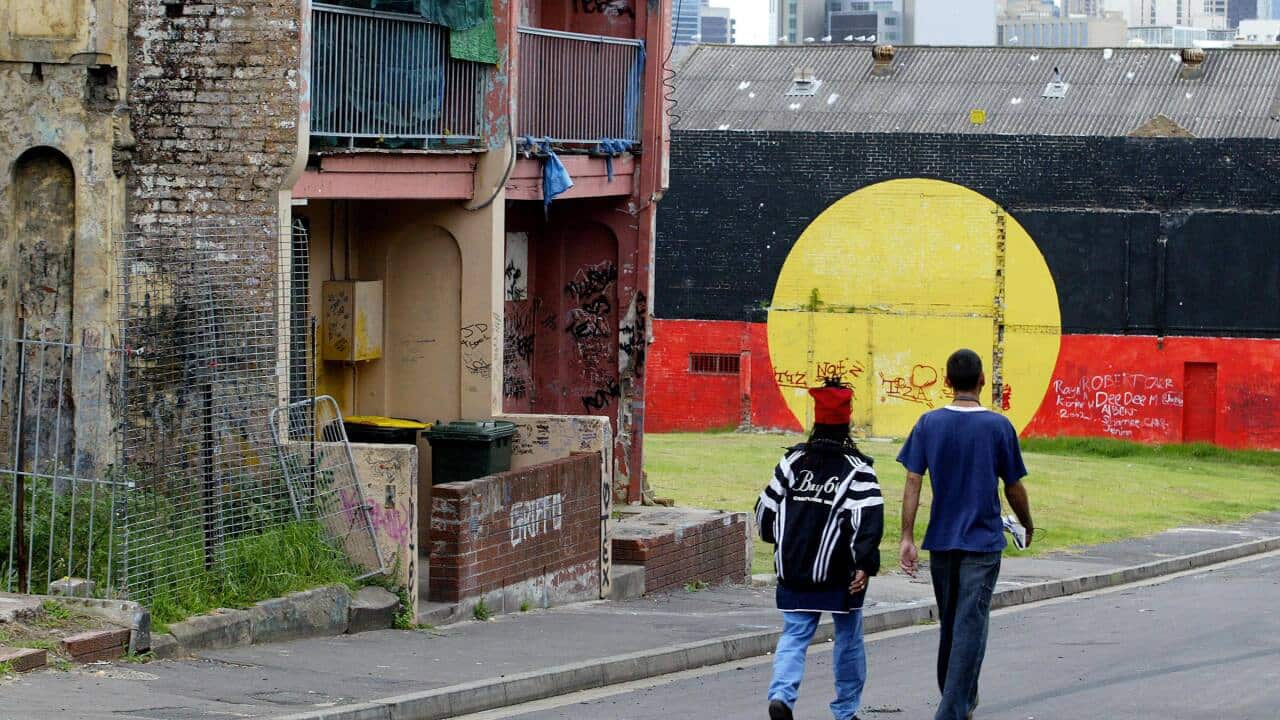 The Block in the inner Sydney suburb of Redfern. (AAP)

Aboriginal and Torres Strait Islander people take their lives at more than four times the rate of non-Indigenous people in some demographics, according to data issued by the
Australian Bureau of Statistics
.

Advertisement
“There aren’t very many Aboriginal or Torres Strait Islander people who haven’t had a suicide in their families nowadays,” she said.

“In my immediate and my extended families, we’ve had people that have taken their own lives. I think it’s becoming not an unusual thing for a lot of people, a lot of families.

“None of us can ignore that this is happening in our communities.”

She hoped the project, to be undertaken by the University of Western Australia's School of Indigenous Studies in partnership with the Telethon Kids Institute, would also help unravel some of the factors driving the rates.

“I believe that it is consequence of the history of colonisation, ongoing disadvantage and other inequities,” she said.

“It’s all coming out now. Services probably haven’t been able to provide good services for Aboriginal and Torres Strait Islander populations. Certainly, there’s a lack of access to those services.”

In a statement, Dr Calma – also a member of the National Aboriginal and Torres Strait Islander Leadership in Mental Health – said the project will help draw a line under the “tragic situation”.

“This Project will provide hope that… our young people in particular can look forward to long and fulfilling lives as proud and strong members of the Aboriginal and Torres Strait Islander peoples of this country,” he said.

Comment has been sought from Senator Nigel Scullion, Minister for Indigenous Affairs.

The data highlighted demographics of concern, including
young men
and rural residents.

Data collected over the decade to 2010 showed significant differences in suicide rates between
urban and rural areas
, with the difference as large as 50 per cent in some states.

Similarly, Brisbane recorded a rate of 11.5 suicide deaths per 100,000 people compared to 17.2 deaths in rural Queensland.

Anyone seeking support and information about suicide prevention is encouraged to contact: