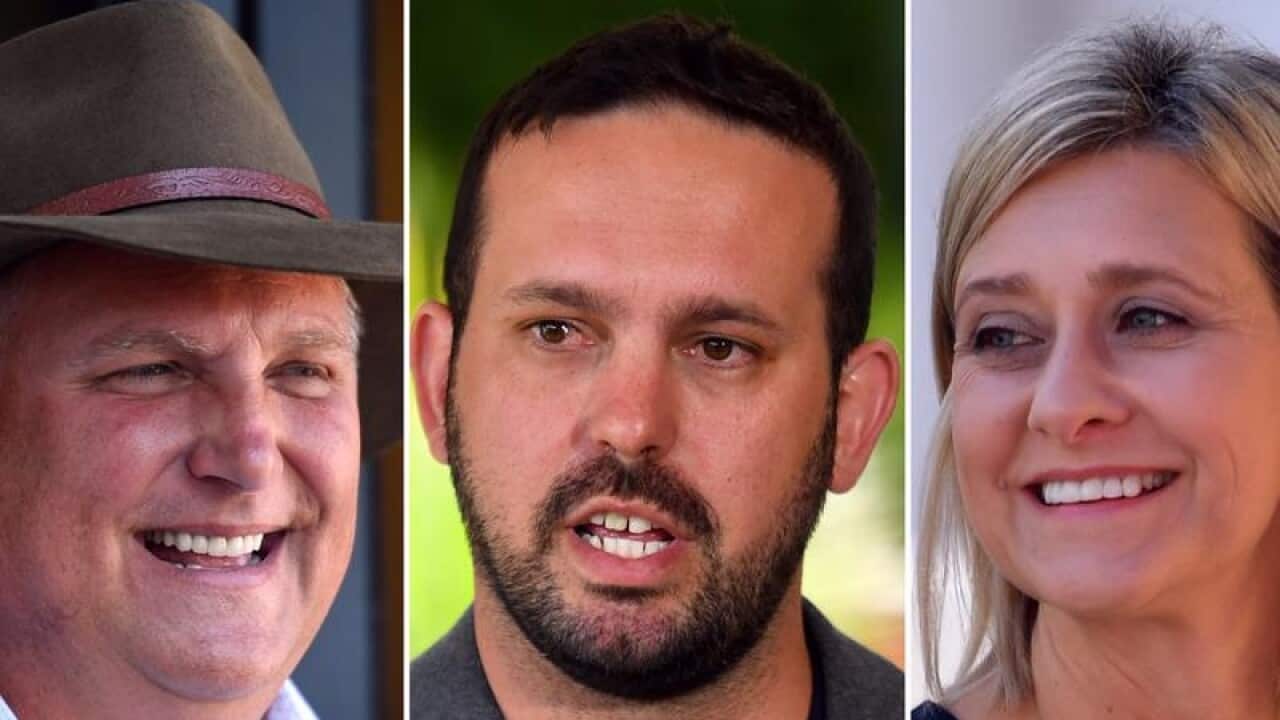 Australians head to the polls on July 28 to vote in five by-elections in Braddon, Fremantle, Longman, Mayo and Perth.

* Longman is just north of Brisbane, with major centres including Caboolture.

Advertisement
* By-election triggered by May resignation of Labor's Susan Lamb over her dual British citizenship.

* Ruthenberg's campaign was de-railed over his misrepresentation of a military medal, for which he apologised.

* Preferences from One Nation's Matthew Stephen will be crucial.

* Mayo takes in the Adelaide Hills through to Kangaroo Island.

* By-election triggered by May resignation of Centre Alliance's Rebekha Sharkie over her dual British citizenship.

* Held by Sharkie with a five per cent margin.

* Sharkie is expected to retain the seat but faces a challenge from the Liberals' Georgina Downer, the daughter of former federal minister Alexander Downer.

* If elected Downer will be the fourth generation of her family to serve in federal parliament.

* GetUp has run a public campaign linking Downer to cuts to the ABC. The Liberals have countered saying voting for Sharkie is the same as voting for Labor.

* Braddon is situated in northwestern Tasmania, with major centres including Devonport and Burnie.

* By-election triggered by the resignation of Labor's Justine Keay over her dual British citizenship.

* Keay is behind in the polls and betting markets, with former Liberal MP Brett Whiteley on track for a narrow win.

* Bill Shorten and Malcolm Turnbull have campaigned heavily in the seat.

* Perth is based on the central part of the West Australian capital.

* By-election triggered by May resignation of Labor's Tim Hammond who retired so that he could spend more time with his young family.

* Fifteen candidates have nominated, but no Liberal candidate standing

* Fremantle is centred on the city, south of Perth.

* By-election triggered by May resignation of Labor's Josh Wilson over his dual British citizenship.

* Wilson is expected to win, with no Liberal candidate contesting the by-election.

Follow live coverage of Super Saturday on the
SBS News website
and the SBS News app on
iOS
and
Android
.