The first serious diplomatic effort to end the five-year Syrian conflict are nearing, but they look set to struggle with no sign of a compromise. 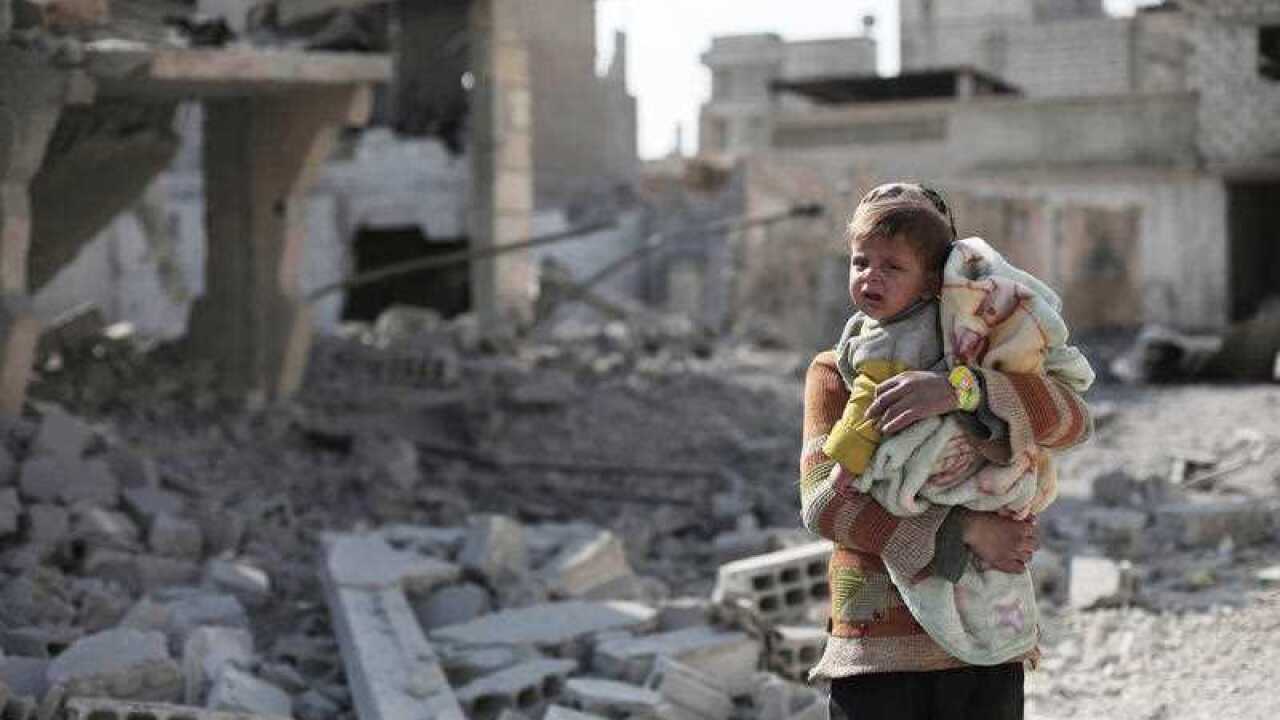 A Save the Children picture showing a girl carrying a baby past some bombed out ruins in Eastern Ghouta, Syria. Source: AAP

Syria peace talks due to begin in Geneva this week look set to struggle, with the sides showing no sign of compromise over the issue at the heart of the five-year-long conflict: the future of President Bashar al-Assad.

The UN-led talks, which begin on Monday, with US and Russian support are part of the first serious diplomatic effort towards ending the conflict since Moscow intervened last September with air strikes that have tipped the war Assad's way.

With the crisis approaching its fifth anniversary this week, Western states seem more determined to bring an end to a war that has driven hundreds of thousands of refugees towards Europe and helped the rise of Islamic State.

Advertisement
But while recent cooperation between the United States and Russia has helped to reduce the level of violence and brought the parties to Geneva, the positions of the government and opposition reveal little ground for a negotiated settlement.

Pointing to a possible escalation in the war if there is no progress, the Russian defence ministry said rebels had used an anti-aircraft missile to shoot down a Syrian warplane on Saturday.

Rebels said it was shot down with anti-aircraft guns, rather than a missile, a weapon fighters have sought but Western countries want to keep out of their hands because of the potential threat to civil aviation if Islamist militants acquire them.

Reflecting the Damascus government's confidence, Foreign Minister Walid al-Moualem warned the opposition it was deluded if it believed it would be able to take power at the negotiating table, and ruled out any talks on the presidency.

The opposition are holding out little hope that Geneva will bring them nearer to their goal of toppling Assad. Announcing its decision to attend the Geneva talks, the main opposition umbrella group said the government was preparing for more war.

Rebels say they are ready to fight on despite their recent defeats, and are hopeful of receiving more powerful weapons - including anti-aircraft missiles - from their backers, notably Saudi Arabia, if the political process collapses.

"I expect that if in this round the regime is stubborn, and doesn't offer anything real, it will be the end of the talks and we will go back to the military solution," said Bashar al-Zoubi, a prominent rebel.