There are concerns that a wave of evictions and rental stress will hit when the moratorium lifts, which coincides with mortgage JobSeeker and JobKeeper payments being completely cut. 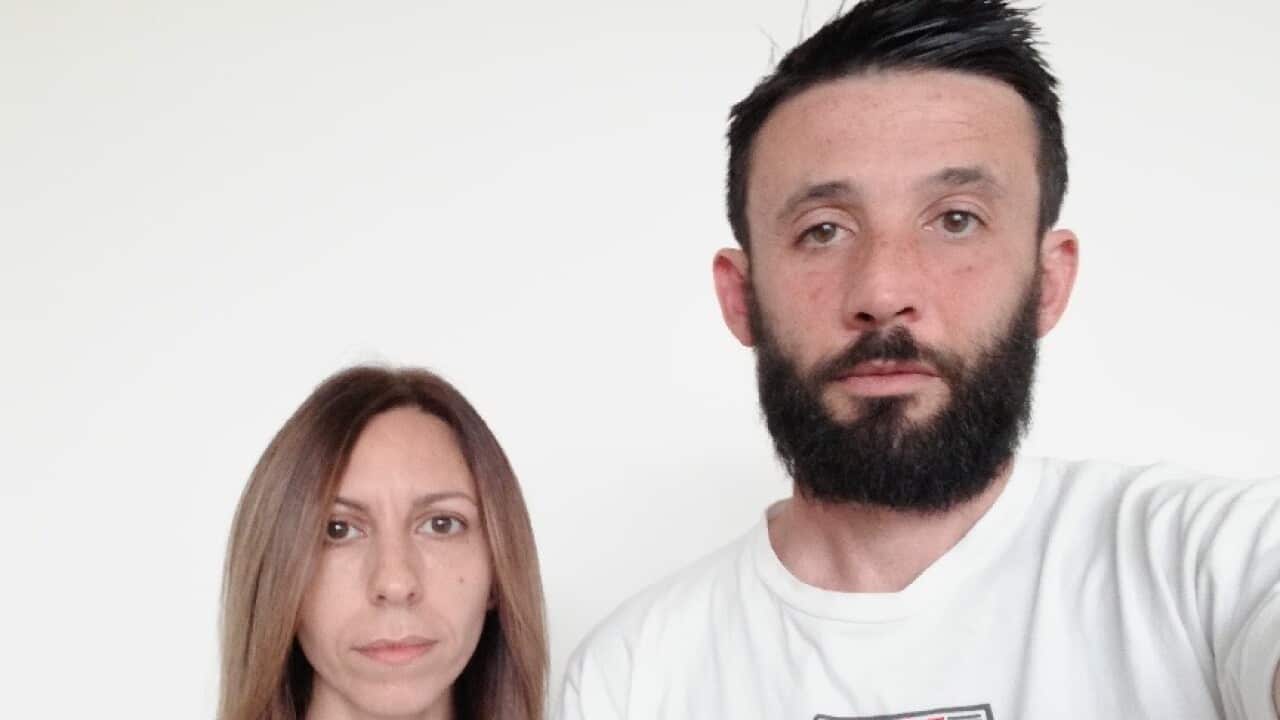 Martina Pitotti and Eros Lepori from Italy have had to start looking for a new home after their landlord decided to sell up. Source: Supplied

Single mother Kayleigh Grice has twice been threatened with eviction after losing work during the coronavirus pandemic.

"My main concern was making sure we had enough money for food," she told SBS News.

The 33-year-old, from Liverpool in England, has lived in Melbourne with her 14-year-old son for three years.

Advertisement
As an international student, she isn't eligible for federal government welfare support.

Negotiations with Ms Grice's landlord stalled, so the matter went to the Victorian Civil and Administrative Tribunal, which determined she could stay in her rental.

She said the Renters and Housing Union had been instrumental in keeping a roof over her head.

The national volunteer-run organisation formed in Victoria in May as a response to the COVID-19 pandemic.

"These debts are not able to be met and the ability to collect them is almost impossible, people have no income and what landlords and agents have to realise is the money's just not there."

A moratorium on evictions has been extended until the end of March in Victoria.

Exceptions are allowed if the landlord is selling the property or their family members need to move in.

Landlords can access mortgage deferrals, while rent relief and land tax relief are available for those who give rent reductions of 50 per cent or more to tenants.

Martina Pitotti and Eros Lepori, from Rome in Italy, have had to start looking for a new home after their landlord decided to sell up.

"(It) became very stressful because we had so many things to think about, Eros had no job," Ms Pitotti told SBS News.

VCAT found the tenancy should be terminated, but with the help of the union and after negotiating with the landlord, their almost $8000 dollars in deferred rent is now set to been waived.

"We feel that we have new reason to hope for a new start," Ms Pitotti said.

There are concerns that a wave of evictions and rental stress will hit when the moratorium lifts, which coincides with mortgage deferrals being due and JobSeeker and JobKeeper payments being completely cut.

Notices to vacate are still being issued even though they're currently void, with the date set a day after the moratorium lifts.