Chinese player Peng Shuai's recent disappearance is not the first nor won’t be the last time a high-profile person in China has gone missing, an expert says. 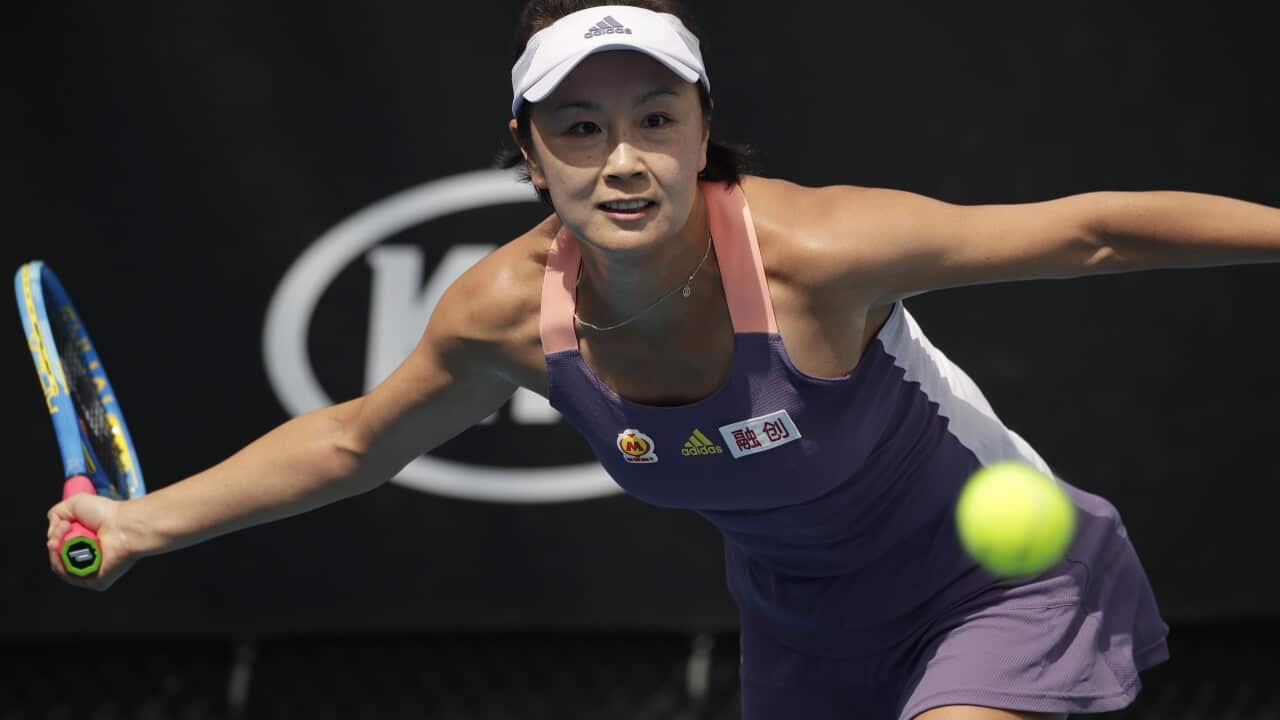 Chinese tennis player Peng Shuai has not been publicly heard from since she accused a former Chinese vice premier of sexual assault - and one expert says she isn't the first.

Peng made the accusation against Zhang Gaoli, the 75-year-old former vice premier of China, on microblogging website Weibo earlier this month.

Advertisement
“I know that someone of your eminence, vice premier Zhang Gaoli, you’ll say that you’re not afraid,” Peng posted, claiming the first time he allegedly coerced her was when she visited his home to play tennis.

“That afternoon I didn't give my consent and couldn’t stop crying. You brought me to your house and forced me and you to have relations,” she wrote.

About half an hour later, the post disappeared, along with Peng, who has not been heard from since.

The Women's Tennis Association chairman and CEO Steve Simon said the allegations must be "investigated fully ... and without censorship."

“The recent events in China concerning a WTA player, Peng Shuai, are of deep concern," Mr Simon said in a statement.

"As an organisation dedicated to women, we remain committed to the principles we were founded on - equality, opportunity and respect.

"Peng Shuai, and all women, deserve to be heard, not censored. Her accusation about the conduct of a former Chinese leader involving a sexual assault must be treated with the utmost seriousness.

"In all societies, the behaviour she alleges that took place needs to be investigated, not condoned or ignored. We commend Peng Shuai for her remarkable courage and strength in coming forward. Women around the world are finding their voices so injustices can be corrected. "

Jennifer Hsu, a research fellow in the public opinion and foreign policy program at the Lowy Institute, said this is not the first, and won’t be the last, time a high-profile person in China has gone missing.

“People who make allegations against top officials, whether sitting officials or previously top members of the government, can expect to face some of the consequences that we have seen reported with regards to Peng Shuai,” Ms Hsu told SBS News.

Alibaba cofounder Jack Ma disappeared for three months last year after he expressed frustration about banking regulations in the country at the Bund Summit in Shanghai in October 2020.

Outspoken real estate mogul Ren Zhiqiang went missing in early 2020 after writing an essay said to be critical of the Chinese government’s handling of the COVID-19 pandemic. He was later sentenced to 18 years in jail on charges of corruption.

Xiao Jianhua, high-ranking executive of investment firm Tomorrow Group, has been missing since 2017, when he was reportedly abducted from his suite at the Four Seasons Hotel in Hong Kong by Chinese security agents.

According to a 2020 report by human rights group Safeguard Defenders, about 30,000 people have been taken by police into Residential Surveillance at a Designated Location (RSDL).

RSDL is a form of detention regularly used by authorities in China against individuals accused of endangering state security. It was legalised in 2013, after President Xi Jinping came to power.

According to Ms Hsu, famous celebrities' entire histories are also being obliterated.

“But in August this year her online presence was scrubbed, the TV shows and the films that she starred in were removed from many video-streaming platforms.

“The exact nature of Zhao’s infringement is still unclear but her name was deleted from the casting lists and her fans page on Weibo was removed.”

It comes as a growing number of tennis stars express their "shock" and concern over Peng's disappearance.

Speaking to the media after his win over Casper Ruud at the ATP Finals on Monday, Novak Djokovic said it's "shocking that she’s missing … It’s terrible".

“I was recently informed of a fellow tennis player that has gone missing shortly after revealing that she has been sexually abused,” Osaka tweeted.

“Censorship is never ok at any cost, I hope Peng Shuai and her family are safe and ok.

“I’m in shock of the current situation and I’m sending love and light her way. #whereispengshuai.”