Tens of thousands of people defied warnings about coronavirus to support the Black Lives Matter movement and to protest Indigenous deaths in custody. 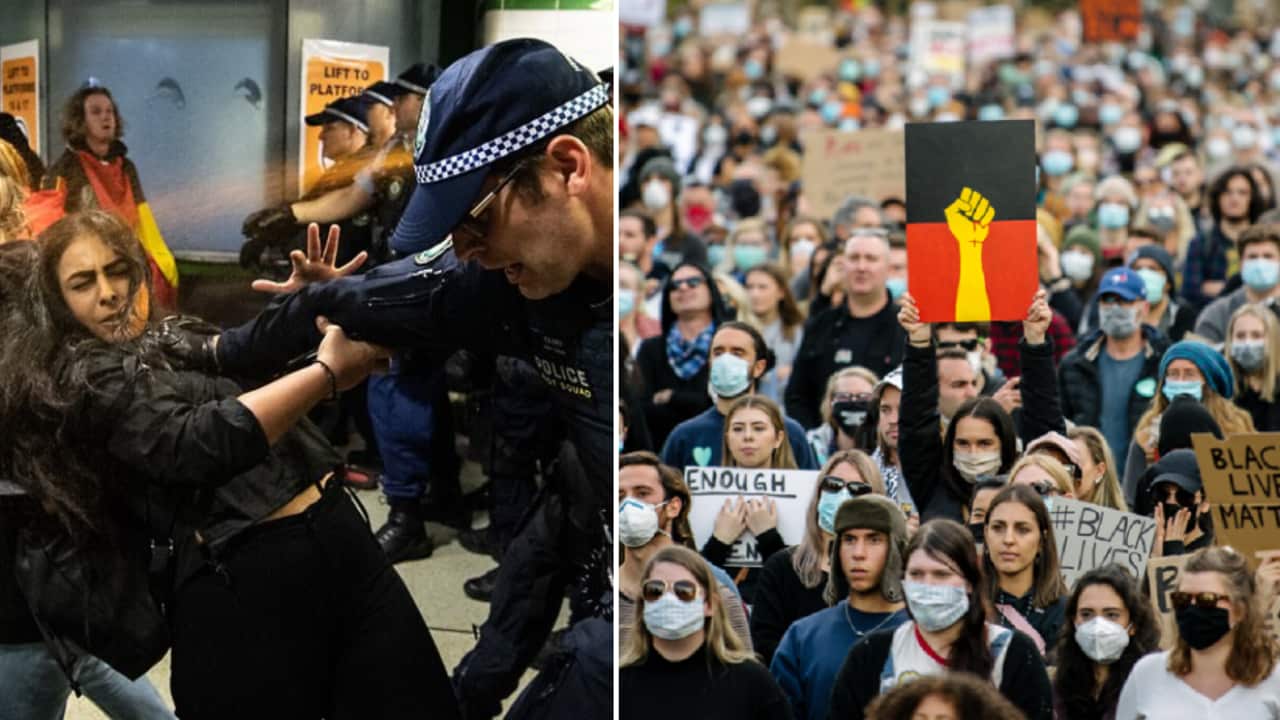 Australians have defied warnings from the prime minister and health experts about the coronavirus risk to turn out in force to protest against racism and Indigenous deaths in custody.

Black Lives Matter protests in all the major cities and some regional towns were held on Saturday in solidarity with those in the US, sparked by the death of African-American man George Floyd in Minneapolis.

Advertisement
The protests were largely peaceful, marred only by a short-lived clash between police and some protesters in Sydney's Central Station after the main rally had dispersed.

Footage uploaded to social media appears to show police ushering a group of protesters into Central Station, after which some demonstrators begin chanting "no justice, no peace, police the police".

Other materials uploaded online show police clashing with protesters inside the station and pepper spray being fired.

Sydney had the largest crowd, with 20,000 people marching from Town Hall to Belmore Park after the
Court of Appeal declared the protest a legal assembly at the eleventh hour
.

But Victoria Police plans to fine Melbourne rally organisers $1652 each for breaching the directions of the chief health officer.

Victoria Police had earlier warned the Warriors of the Aboriginal Resistance they could face fines if they went ahead with the rally, and on Saturday evening followed through on their warning.

In Adelaide, police Assistant Commissioner Peter Harvey praised the organisers and the crowd for their conduct during the rally.

"We haven't seen any instances of concern, there were no arrests and no injuries," he said.

"But people had a chance to have their say on what is a very topical, emotional and relevant issue in today's society."

Australia's Chief Medical Officer Brendan Murphy had said that while people had the right to protest, mass gatherings were dangerous in the midst of a pandemic.