It comes a day after officers dispersed demonstrators with tear gas, water cannons and rubber bullets amid scenes that saw one woman shot in the head in the capital Naypyidaw. 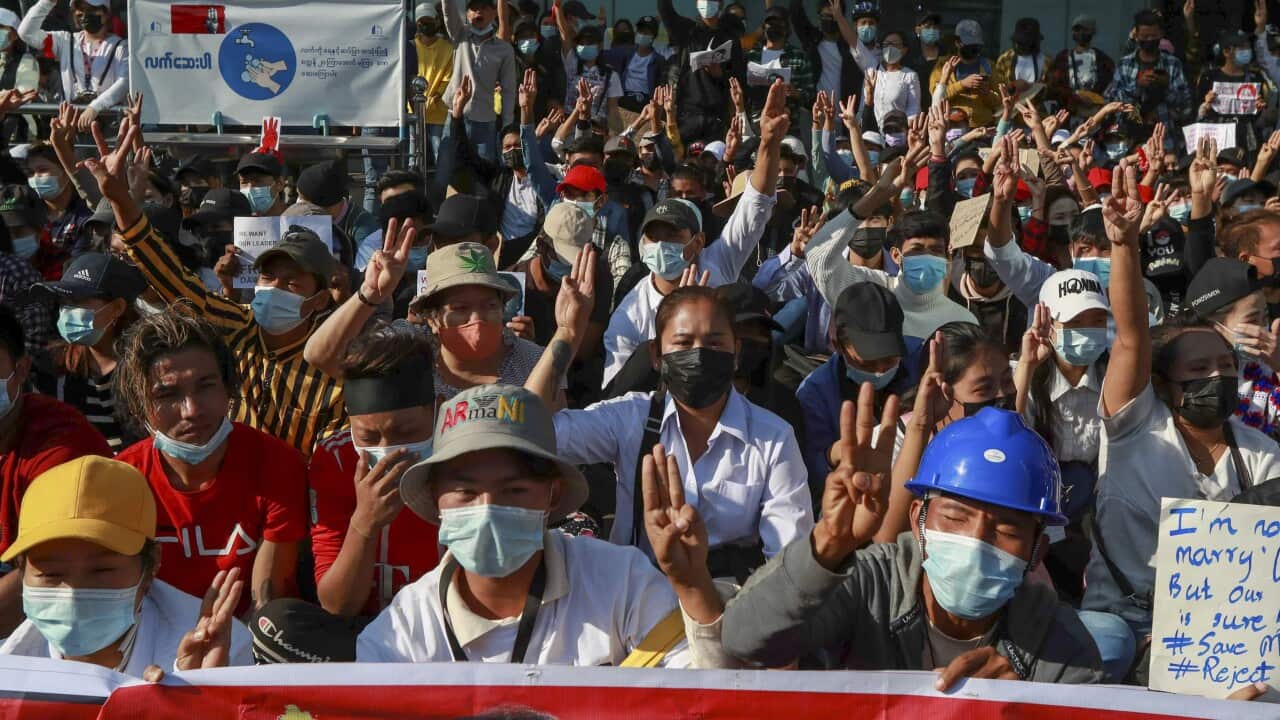 Tens of thousands of people took to the streets of Myanmar's biggest city for a fifth consecutive day on Wednesday, defying a ban on protests as the military moved to tighten its grip on the country.

Crowds swarmed through Yangon demanding the release of Aung San Suu Kyi, facing down police
a day after officers dispersed crowds elsewhere with tear gas and rubber bullets
, and ramped up their harassment of the ousted leader's party.

The sudden escalation of force against the demonstrations sweeping the country since last week's coup prompted a fresh chorus of international condemnation after officers fired live rounds at one rally in the capital Naypyidaw.

Advertisement
Two people were critically wounded in the incident - including one woman who was shot in the head. Images depicting her in the moments after she was shot were by Wednesday appearing on a huge protest banner and had been widely shared online alongside expressions of grief and fury.

Civil service staff from various ministries flash the defiant three-finger salute during a protest against the military coup in Naypyitaw. Source: EPA
"They can shoot a young woman but they can't steal the hope and resolve of a determined people," UN special rapporteur Tom Andrews said on Wednesday.

Massive crowds returned to the streets of Yangon on Wednesday, where the day before they had faced off against a phalanx of riot police standing alongside water cannon trucks near Ms Suu Kyi's residence.

Though there were no reported clashes with authorities in the commercial hub on Tuesday, university student Khin Nyein Wai said she was still afraid.

"I still came out as I do not like the military dictatorship," she told AFP. "This is for our future."

More politicians from Ms Suu Kyi's National League for Democracy were detained on Tuesday along with 30 others - including a journalist from local broadcaster DVB - at a protest in Mandalay, the Assistance Association for Political Prisoners monitoring group said.

Their arrests came as police fired tear gas at protesters in the city who were waving red NLD flags.

Buddhist monks during a protest march against the military coup in Mandalay, Myanmar on Wednesday, February 10, 2021 Source: AAP

State media claimed that the crowd had used "obscene language" and thrown objects at police, injuring four officers, in its first direct mention of the protests since they began on the weekend.

"Therefore, the police members dispersed in accordance with the methods and laws," the state-run Global New Light of Myanmar newspaper reported, without mentioning other police confrontations elsewhere in the country.

But elsewhere the discipline of security forces appeared to be breaking down, with four officers defecting from their lines in the eastern town of Loikaw to join the anti-coup protests, according to local media reports.