A Thai princess who launched an unprecedented attempt to become the country's next prime minister has thanked her supporters. 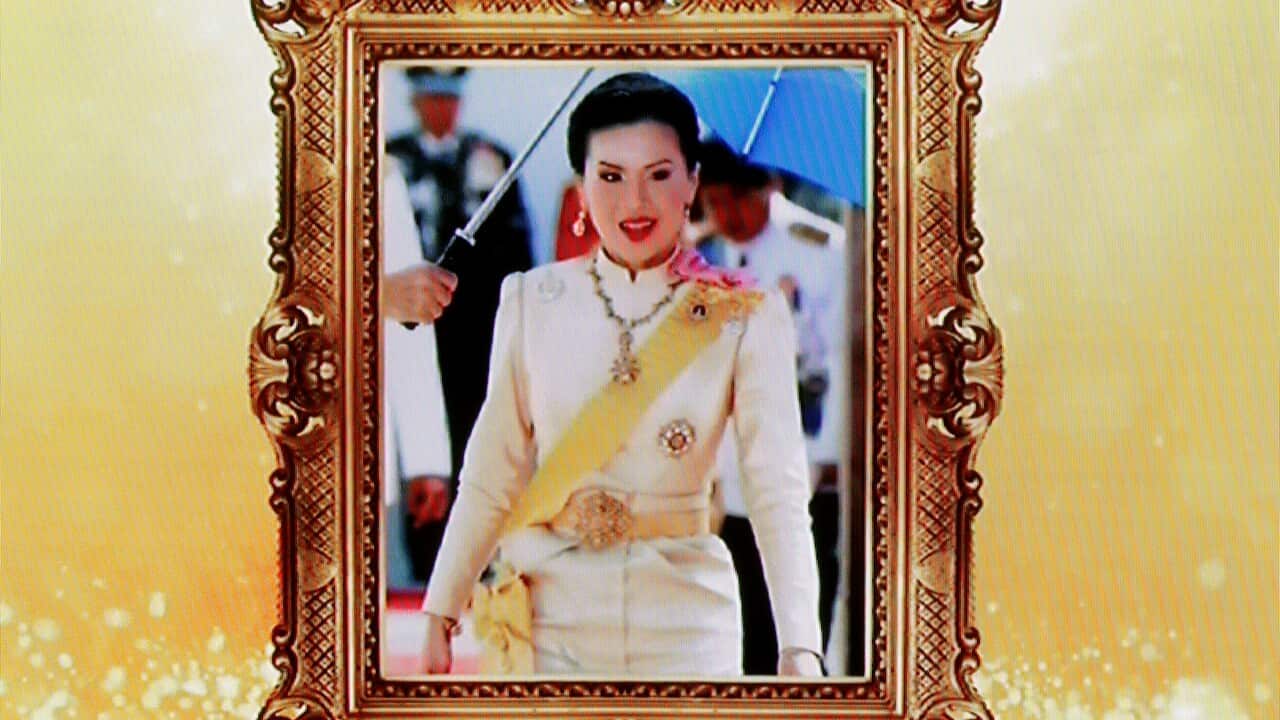 The Thai princess whose stunning announcement she was running for prime minister was quickly opposed by her brother, the king, thanked her supporters on Saturday, saying she wants Thailand to be “moving forward”, but she did not comment on her candidacy.

Princess Ubolratana Rajakanya Sirivadhana Barnavadi, 67, shocked the country on Friday when she announced she would be the prime ministerial candidate for a populist party loyal to ousted ex-premier Thaksin Shinawatra, in a March 24 election.

The Thai king’s sister made a failed bid to run for prime minister – but later apologised for causing 'problems'. Source: AAP

Advertisement
But her foray into politics - breaking with royal tradition - looked to be short-lived after her younger brother, King Maha Vajiralongkorn, quickly signaled he opposed it, which is likely to lead to her disqualification.

The Election Commission, which is overseeing the first polls since a 2014 military coup that overthrew a pro-Thaksin government, said it would issue a ruling on the issue on Monday.

The nomination of a royal family member by pro-Thaksin forces was an audacious gambit, potentially undercutting Thaksin’s ardently royalist foes, and setting up an election showdown with Prime Minister Prayuth Chan-ocha, who led the 2014 coup and heads the military government.


But King Vajiralongkorn’s swift rebuke of his sister’s bid could backfire on pro-Thaksin forces, who could face retribution if judged by election authorities to have tried to illegitimately use a royal connection.

“Friday’s events were astounding and have people completely rethinking their assessments and perspectives and the country’s future political trajectory,” said Jay Harriman, senior director at BowerGroupAsia, a government affairs consultancy.

“The monarchy has semi-divine status in Thailand. Public appearances and statements often pertain to royal duty or events,” he added. “A disagreement like this has almost never happened in recent memory.”

The Thai Raksa Chart party, which nominated Ubolratana as its candidate for prime minister, said it “graciously accepts” the king’s statement and would abide by election regulations and royal tradition.

King Vajiralongkorn, 66, issued his message late on Friday, saying his elder sister’s candidacy was “inappropriate” and it was against the spirit of the constitution for royalty to be involved in politics.

While the Election Commission has the final say on approval of candidates, it seems unlikely its members would ignore the powerful influence of the king in making its decision.

In an Instagram post on Saturday, the princess did not directly mention her brother or her political hopes, but thanked supporters for their “love and kindness toward each other over the past day” and expressed gratitude for their support for her.

“I would like to say once again that I want to see Thailand moving forward, being admirable and acceptable by international countries, want to see all Thais have rights, a chance, good living, happiness to all,” she said, concluding with “#ILoveYou”.

Thailand has been a constitutional monarchy since 1932, but the royal family has wielded great influence.

Friday was the last day for parties to declare candidates.

The general election had been broadly viewed as a straightforward battle between Thaksin’s populists and their allies, on the one hand, and the royalist-military establishment on the other.

The main opponent of the princess, if her nomination were to stand, would be Prayuth, who also announced his candidacy on Friday, as the candidate for a new pro-military party, set up by his loyalists.

he princess’s nominating party is an offshoot of the larger pro-Thaksin party that was ousted from power in the 2014 coup, and is seen as a back-up party in case the main party is disqualified.

It canceled a planned event on Saturday. The princess had not been scheduled to appear.

Ubolratana relinquished her royal titles in 1972 when she married an American, a fellow student at the Massachusetts Institute of Technology (MIT), Peter Jensen. She lived in the United States for more than 26 years before they divorced in 1998.