Former loyal supporters of Tony Abbott are becoming increasingly irritated and vocal with his interventions and see it only benefiting Bill Shorten. 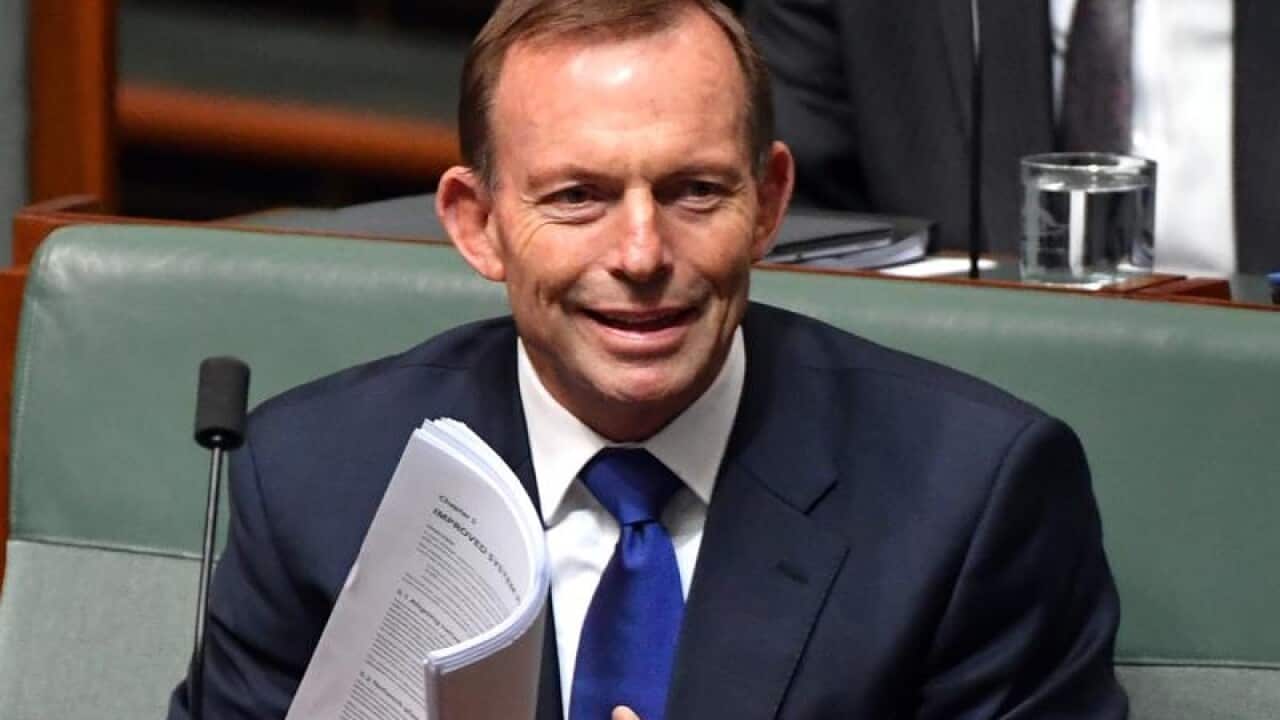 Scott Morrison was keen to spruik some positive news about the economy this week in an attempt to drown out what the treasurer labelled political "background noise".

We know it as Tony Abbott.

A deal had just been struck to save South Australian steelmaker Arrium along with hundreds of jobs, while a host of economic reports ensured Prime Minister Malcolm Turnbull had a "good story" to tell his G20 counterparts in Germany.

Advertisement
Unemployment is now at a four-year low, jobs advertising at a six-year high, while retail spending posted its strongest two-month gain in two and half years.

But all the questions were about the latest utterances from the former prime minister.

In an address to a Victorian branch of the Liberal Party, Abbott accused some ministers of not believing in the government's "second best, taxing and spending" budget.

The government was "at a bit of a low ebb", he claimed.

Morrison, repeatedly quizzed by reporters, insisted the government was not interested while Australians were turning down the "background noise" in politics and its personalities.

Abbott has become an increasing irritant to the government and his once loyal supporters in the cabinet, such as Morrison, are becoming more vocal with their disapproval.

Gone are the initial responses that Abbott, as a former prime minister, is entitled to his say and the old fallback position of the Liberal Party being a "broad church".

Finance Minister Mathias Cormann said Abbott was now advocating measures inconsistent with what he did during his time as prime minister.

Abbott's observations were "not useful", he said.

"He's the one who is benefiting most, unfortunately, from Tony Abbott's constant intervention," Mr Frydenberg said.

Abbott is hardly operating from a position of strength when he talks about the budget and the economy.

His first budget was an electoral disaster, breaking explicit promises he made during the 2013 election campaign and raising taxes on high-income earners.

A surplus was promised beyond the budget 's four-year estimates, when at one stage in opposition it was promised within a year.

Confidence slumped and economic growth failed to get the promised "adrenalin rush" from the election of a coalition government.

More importantly, the jobless rate hit 6.3 per cent - an eight-year high - worse than any time during the 2008-2009 global financial crisis.

And then there's the price of energy, which the Council of Small Business of Australia believes has reached crisis proportions.

When the Abbott government came to power, it vowed an end to Labor's carbon tax and the promise of cheaper power, chief executive Peter Strong said.

"It might have been cheaper for two or three months but look at it now, it's gone up 120 per cent and even more."

Abbott would like to think he's helping the conservative cause, but the latest Essential Research opinion poll suggests otherwise.

More than two in five respondents, including over a third of Liberal-Nationals supporters, believe Abbott should resign from parliament.

Just under a quarter didn't know what Abbott should do.

They're probably the voters who've switched off, as Morrison suggests.