The Commonwealth should not acquire the Aboriginal flag's copyright, Senate committee says

The Select Committee on the Aboriginal Flag made two recommendations in its final report on Tuesday. 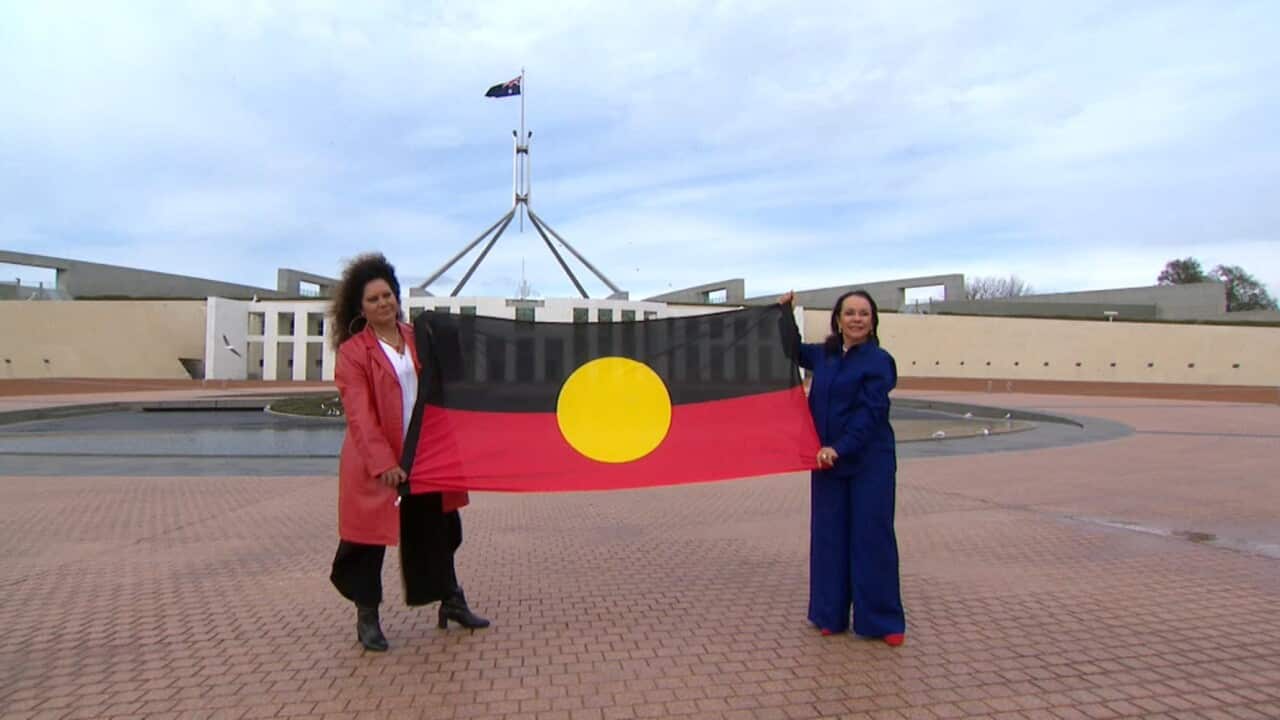 The Commonwealth should not compulsorily acquire the copyright for the Aboriginal flag, a Senate committee looking into the issue has recommended.

Instead, the Select Committee on the Aboriginal Flag recommended the Commonwealth should use negotiations already underway with the flag's current copyright holder to find a model for its future use, independent from government and in consultation with First Nations people.

The committee made the two recommendations
in its final report
, published on Tuesday, after receiving 74 submissions and six days of public hearings last month.

Advertisement
“The responsibility of this inquiry weighed greatly,” committee chair, Labor senator and Yanyuwa and Garrawa woman Malarndirri McCarthy, wrote in the report.

“The 50th anniversary of the Aboriginal flag is in July 2021: Will it be a celebration or a commemoration?”

The committee was established in September to inquire about current and former copyright and licensing arrangements for the flag, following criticism and controversy over its legal status.

Luritja man and copyright holder Harold Thomas designed the flag in 1971 and in 2018 he signed an exclusive commercial licensing rights deal with non-Indigenous company WAM Clothing.

Mr Thomas did not appear before the Senate committee due to the negotiations already underway with the Commonwealth.

In additional comments made on behalf of the Labor party, Senator McCarthy and her Senate colleague, Yawuru man Patrick Dodgson, called for a quick resolution to the negotiations to make sure they do not "exacerbate the distress and harm to Aboriginal communities".

“Resolution of the current dispute in 12 or 18 months’ time may be too late and may result in Aboriginal people – as some have already done – abandoning the flag, a flag that has since its inception been a symbol of solidarity and struggle, of pride and protest, a unifying flag of and for Aboriginal people,” they wrote.

If an agreement can’t be struck, they said, Labor recommends the Commonwealth compulsorily acquire the licenses.

Liberal Senator Andrew Bragg, another committee member, said compulsory acquisition of the flag's rights “would be abhorrent, both morally and culturally”.

“It would be an ugly precedent,” he wrote.

Australians can freely fly the flag but there are limitations to its use in other ways.

Aboriginal-run social enterprise Clothing the Gap launched a #FreeTheFlag campaign last year after it was served a cease and desist by WAM Clothing for using the flag on its stock.

The issue was reignited earlier this year after
the AFL was unable to use the flag during its Indigenous round
, having not struck an agreement with WAM Clothing to use it.