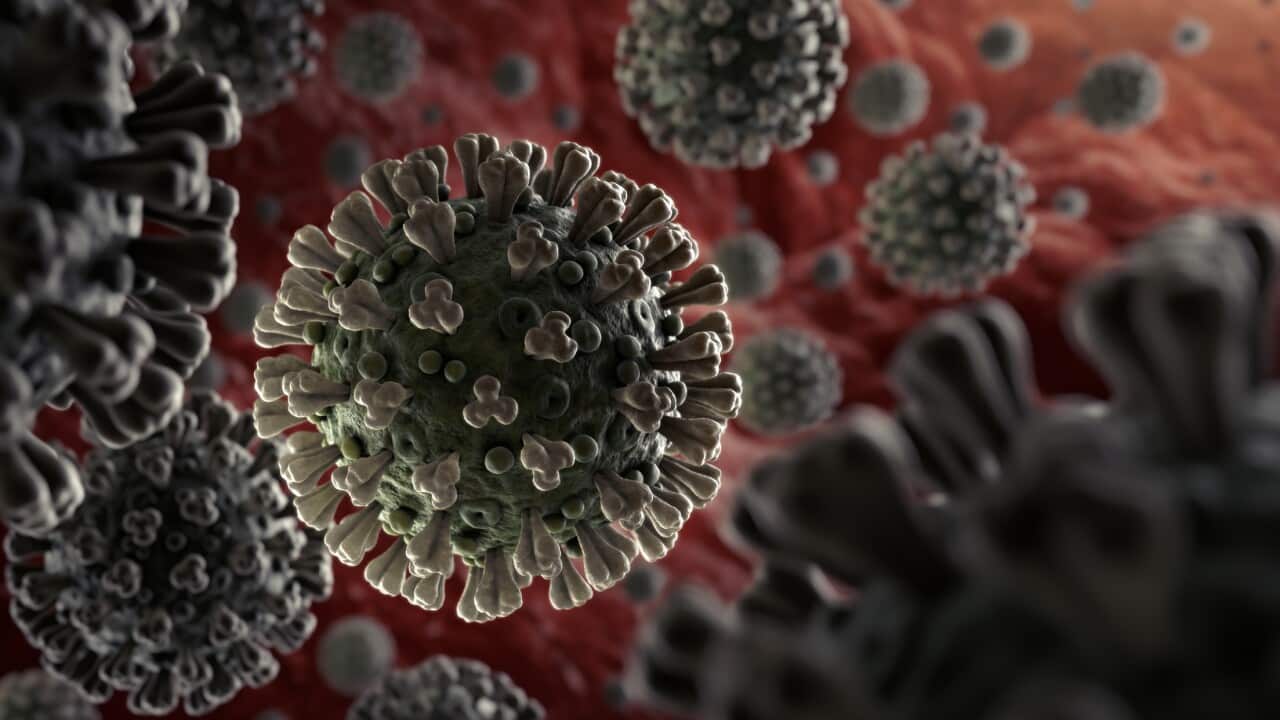 Microscopic illustration of the spreading 2019 corona virus that was discovered in Wuhan, China. Source: Getty

The United Nations' health agency has finally given an official name to
the deadly novel coronavirus
, almost two weeks after it declared the disease a public health emergency.

World Health Organization (WHO) chief Tedros Adhanom announced the name at a press conference in Geneva on Wednesday.

Advertisement
Dr Tedros said that "co" stands for "corona", "vi" for "virus" and "d" for "disease", while "19" was for the year, as the outbreak was first identified on December 31.

The name had been chosen to avoid references to a specific geographical location, animal species or a group of people in line with international recommendations for naming aimed at preventing stigmatisation.

WHO had earlier given the virus the temporary name of "2019-nCoV acute respiratory disease" and China's National Health Commission this week said it was temporarily calling it "novel coronavirus pneumonia" or NCP.

Under a set of guidelines issued in 2015, WHO advises against using place names such as Ebola and Zika - where those diseases were first identified and which are now inevitably linked to them in the public mind.

More general names such as "Middle East Respiratory Syndrome" or "Spanish flu" are also now avoided as
they can stigmatise entire regions or ethnic groups.

WHO also notes that using animal species in the name can create confusion, such as in 2009 when H1N1 was popularly referred to as "swine flu".

This had a major impact on the pork industry even though the disease was being spread by people rather than pigs.

People's names - usually the scientists who identified the disease - are also banned, as are "terms that incite undue fear" such as "unknown" or "fatal", the WHO said.

The guidelines were introduced five years ago with the goal of minimising unnecessary negative effects on nations, economies and people.

“This may seem like a trivial issue to some, but disease names really do matter to the people who are directly affected," WHO's assistant director-general for health security Keiji Fukuda said at the time.

"We’ve seen certain disease names provoke a backlash against members of particular religious or ethnic communities, create unjustified barriers to travel, commerce and trade, and trigger needless slaughtering of food animals. This can have serious consequences for peoples’ lives and livelihoods.”

The virus, first identified in the central Chinese city of Wuhan, has so far killed more than 1,000 people and infected at least 42,000.