The gender pay gap is reducing, but women are still 202 years away from parity 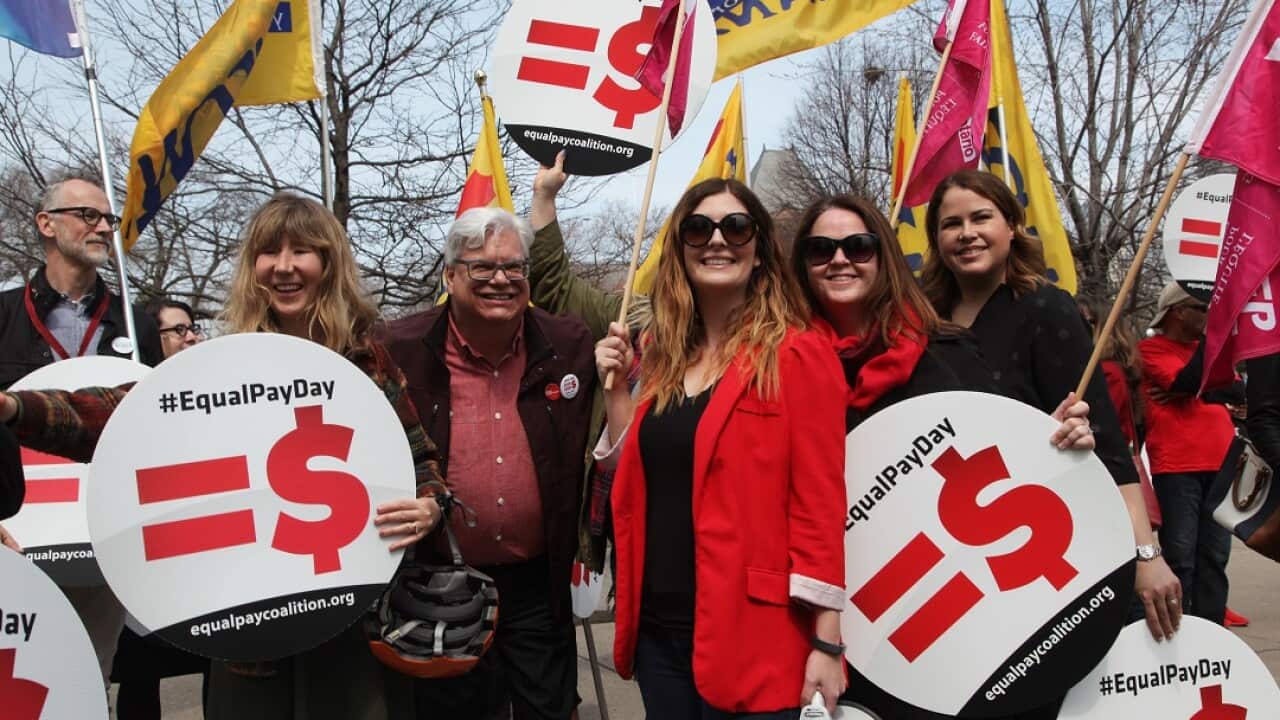 Women will achieve pay parity, but it will take 202 years, according to the World Economic Forum.

The Global Gender Gap Index
report
revealed pay disparity has been reduced by 0.03 per cent since last year and by 3.6 per cent since the index first started in 2006.

But the gap is still an average of 32 per cent, with researchers concluding it will take two centuries to close it at the current rate.

Women rally to demand equal pay for women and an end to the wage gap. Source: NurPhoto

It found the largest gender disparity occurs in the political empowerment section, which measures the number of women in positions of political influence, with a gap of 77.1 per cent.

Only 17 per cent of the countries discussed in the report currently have a woman as a head of state, while just 18 per cent of ministers and 24 per cent of parliamentarians around the world are female.

"The gender gap in political empowerment will be difficult to close and now requires another 107 years to be bridged," the Global Gender Gap Report said. "Remarkably, the progress towards greater political representation has stalled in western parliaments."

"Although these countries collectively have closed 41 per cent of their women in parliament gender gap, they took a step back this year," the report said. "Progress is ongoing, however, in several non-western countries."

Women also only hold just 34 per cent of managerial positions globally, but countries like Colombia, Jamaica and the Philippines are already achieving full parity in this area.

When it comes to education, the report estimated the gender gap can be fully closed in just 14 years, while the time to close the gap in health and survival remains undefined.

Protesters at the Walkout/OZ rally for Women's Financial Security in Sydney on December 5, 2018. Source: AAP

Australia drops in the global rankings

In the category break down, there is a mixed result.

Australia was ranked 46th on economic partnership and opportunity, 103rd in health and survival, and 49th in political empowerment.

But the World Economic Forum did rate Australia as equal first in the educational attainment category.

"Australia records a slight widening of its gender gap on legislators, senior officials and managers as well as some reversal of progress on wage equality, resulting in a slight drop in rank," the report said. "It has closed 73 per cent of its gender gap."