A survey of the cultural makeup of Australia's TV news and current affairs programs reveals reporters, presenters and commentators are of predominately Anglo-Celtic background. 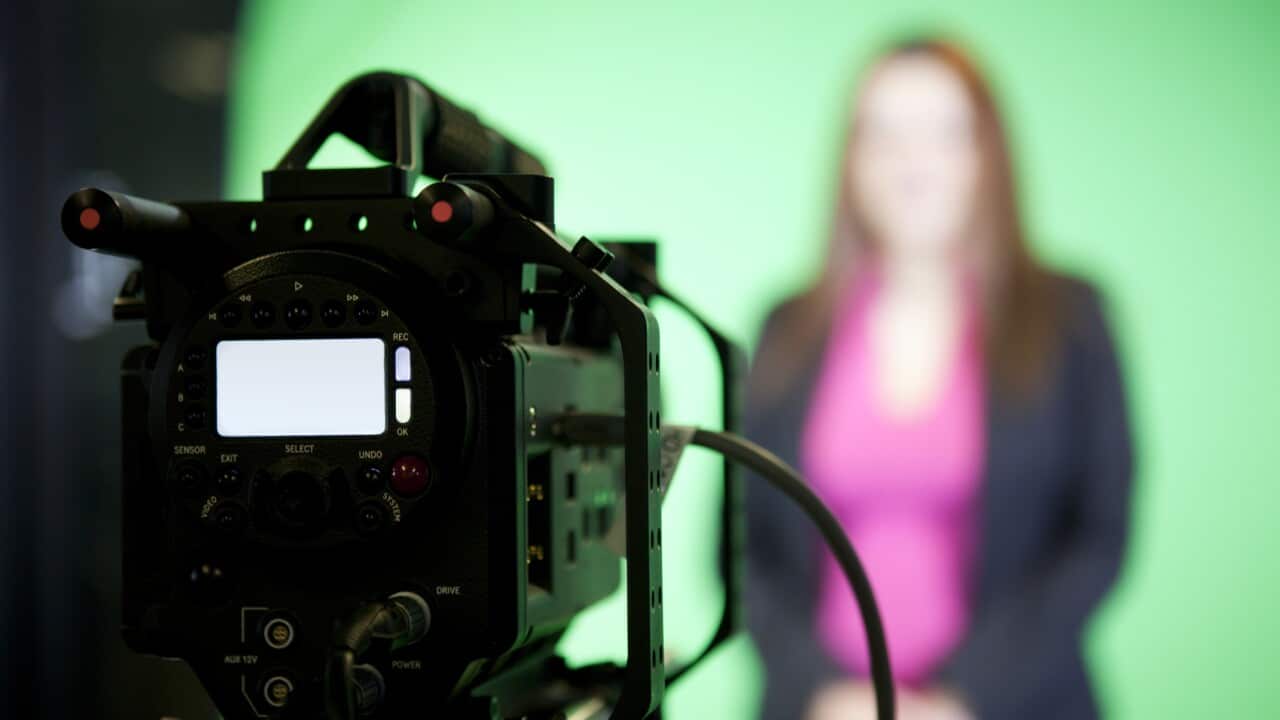 Employers need to do more to ensure newsrooms are more reflective of Australian society, a report by academics and Media Diversity Australia has found.

Released on Monday, the
Who Gets To Tell Australian Stories? report
analysed 81 news programs over two weeks in June 2019, equating to approximately 19,000 news and current affairs items across free to air television.

The study revealed that when it came to on-screen appearances, only six per cent of reporters, presenters and commentators had either an Indigenous or non-European background, with more than 75 per cent being of Anglo-Celtic background.

Advertisement
The exception was SBS where 76.6 per cent of on-air reporters, commentators and presenters were of non-European background.

Source: Who Gets To Tell Australian Stories?

Antoinette Lattouf, the director of Media Diversity Australia, said unlike the United Kingdom and the United States, there is a lack of data about the cultural makeup of Australia's news media.

"We realised the scale of the problem in Australian news media industry more broadly was quite pronounced," she said.

"But unlike the US and the UK, we did not have any data about just where the most concerted efforts need to be placed and we thought the starting point is to count culture, to have the data so then you have a benchmark, so that we can measure progress in years to come."

When it came to on-air representation, the Nine Network was the least diverse of the commercial networks, with 88 per cent of on-air talent being Anglo-Celtic.

No more than five per cent of presenters, commentators and reporters on all free-to-air commercial networks were identified as having a non-European background, while at the ABC the number sits at 9.1 per cent.

Source: Who Gets To Tell Australian Stories?

NITV
was not included in the report's analysis, but when it came to Aboriginal and Torres Strait Islander representation across the other networks, there was none in the two-week reporting period.

Tanya Denning-Orman is SBS's director of Indigenous content and manager of NITV.

In a statement, she said NITV proudly showcased Aboriginal and Torres Strait Islander peoples in front of the camera every night, and the programming was driven by a team of Indigenous journalists and editorial managers.

“Seeing yourself reflected in the media – in the faces you see on screen, and in the way your community is represented – is a critical part of feeling included in our society."

"We all know that Australia today is incredibly diverse, and while it’s great to see improvements across the media sector, there’s still opportunity to do more, particularly when it comes to Indigenous representation.

"NITV is an essential platform for First Nations voices and issues, trusted by communities, and available to all Australians as part of SBS."

The second part of the report, a survey of 300 television journalists in June 2020, looked at industry perspectives on cultural diversity.

A key finding was that 70 per cent said they rated the representation of culturally diverse women and men as 'poor' or 'very poor', with 79 per cent saying people of diverse backgrounds faced more barriers when trying to access jobs in front of the camera.

Dr Dimitria Groutsis is an Associate Professor in the Discipline of Work and Organisational Studies at the University of Sydney and one of the authors of the study.

"For those who identified as having a culturally diverse background, almost 80 per cent indicated that this was a career impediment to progression in their career," she said.

"Perceptions of those who are working within the industry are quite negative when it comes to representation and also to their representation in the talent pipeline of the senior leadership suite."

The third component of the report was an analysis of leadership and looked at the cultural diversity of all boards and news directors at a national, state and bureau level.

The report found as of July 2020, every national news director in Australia had an Anglo-Celtic background and was male, including at SBS.

When it came to the composition of boards, more women were found to be chairing boards than in previous years, but of the 39 television board members or leadership teams identified, most were overwhelmingly Anglo-Celtic.

The SBS board was the exception, with an SBS spokesperson saying it was committed to improving diversity in the sector at all levels.

"The SBS board has been called out as the most gender and culturally diverse board, including being the board with the only Indigenous representation (37.5% Anglo-Celtic, 37.5% European 12.%% non-European, 12.5% Indigenous and an even gender split," they said.

THE FEED
Diversity in Australian film and TV: ‘I am limited to being a token’

When it comes to recommendations, the report suggests all media organisations begin by collecting data on cultural diversity and reducing reliance on insider recommendations when hiring staff.

The report also suggested looking at entry-level pathways into media roles for non-graduates to increase both the socio-economic diversity, as well as the cultural diversity, of applicants.

"The Walkley Foundation should be commended because they are offering, at the moment, traineeships for Indigenous journalists who may be in their 20s or 30s and have not followed the traditional tertiary education route. We certainly need more initiatives like that."