'The public has a right to know': Barnaby Joyce story sparks debate

Revelations about Barnaby Joyce's personal life have raised questions about whether private matters should be made public. 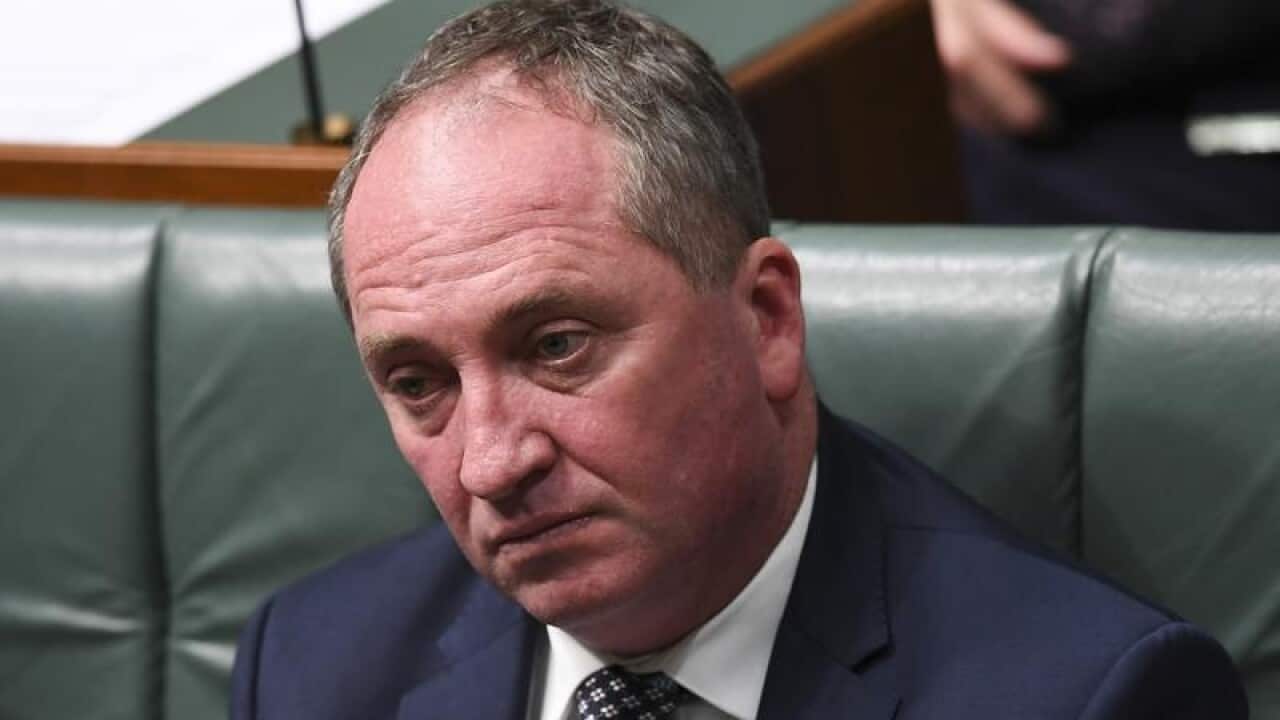 The
front page news
that Deputy Prime Minister Barnaby Joyce is expecting a child with his former employee, has sparked debate about whether politicians' private lives should be made public.

On Wednesday The Daily Telegraph published a story about the 50-year-old Nationals leader and father of four being in a relationship with his former media adviser Vikki Campion, 33. He later
appeared on the ABC's 7.30 program
and defended his right to privacy, asking what “political purpose” the story served.

"I can't quite fathom why a pregnant lady walking across the road deserves a front page," he said of the photographs of Ms Campion.

'The public has a right to know'

Dr Jason Sternberg, a senior lecturer in journalism and digital media at Queensland University of Technology, told SBS News that while the distinction between public and private is fuzzy, when personal views influence public policy, it should be fair game.

"The public has a right to know in situations where the politician's behaviour is at odds or runs counter to policy issues that they have explicitly spoken about,” he said.

“When politicians make very, very strident and dogmatic statements about issues of personal morality, and of course here I'm talking explicitly in relation to same-sex marriage [which Mr Joyce opposed] as probably the most obvious example, then I think that hypocrisy deserves to be exposed."

Mr Joyce said on Wednesday: "Just because my marriage didn't work out doesn't mean I disregard what marriages are about."

Another academic, Dr Anthony Ashbolt, said he didn't think that Mr Joyce was acting hypocritically, because “he never said he disagreed with divorce.”

Dr Ashbolt, a senior lecturer in politics and international studies at the University of Wollongong, said that where there are conflicts with public pronouncements it should be acknowledged.

The price of publicity

Some politicians including Labor leader Bill Shorten leapt to Mr Joyce's defence over the matter.

“I'm certainly not going to stand in judgement of other people's private lives, full stop,” he said. But others disagreed.

Former parliamentarian and long-time rival
Tony Windsor
said the Mr Joyce should have expected some sort of scrutiny.

"He is entitled to his private life, and so is his family, but in politics, you know, you start to throw stones, you get stones thrown back at you,” he said.

Mr Windsor mounted an unsuccessful bid to take back the seat of New England from Mr Joyce, after it was revealed he was a dual New Zealand citizen by descent.

This prompted a by-election in December, won by Mr Joyce.

Gordon Farrer, a journalism lecturer at Melbourne's RMIT University, said there could've been a very different outcome, had the allegations been public knowledge.

“A few people in Barnaby Joyce's electorate have said on radio this morning that if they'd known about this behaviour at the time of the last by-election they wouldn't have voted for him, so this could've had a real impact on democracy if people had been better informed.”

Dr Sternberg says he believes politicians are now celebrities in their own right, and as such, should face the same level of scrutiny.

“In the same way that we're interested in, you know, the Kardashian family, there's a certain level of interest in what our politicians do when they're not in parliament because they go out of their way to kind of seek this attention. Politicians, the Royals, any public figure is accountable to us as citizens,” he said.

But Dr Ashbolt said the focus of the story should be shifted, emphasising that Mr Joyce’s estranged wife and family are involved in this too.

“It’s not only Barnaby Joyce who’s affected here,” he said.