Australian-Taiwanese violinist Ray Chen is shattering classical music stereotypes and carving out a unique fan base. 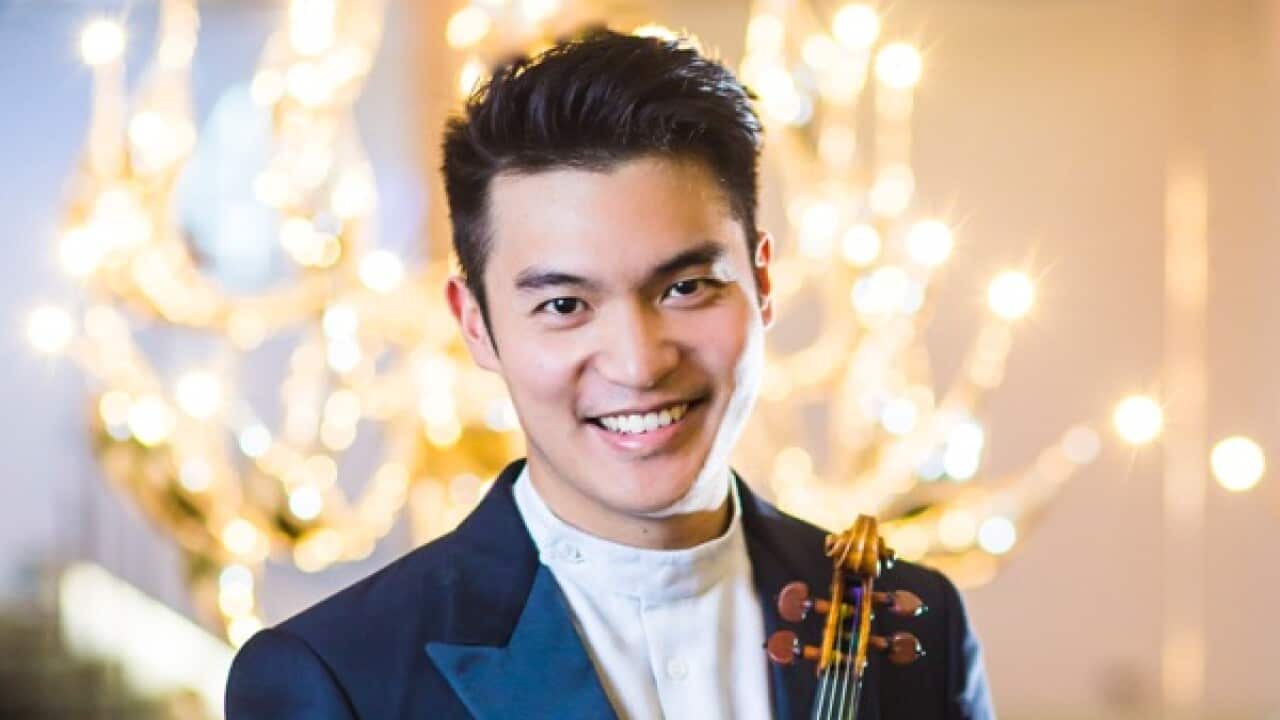 Violin virtuoso Ray Chen is on a mission to share his passion for classical music with the world.

The internationally-renowned soloist has made a name for himself not just on stage, but on screen.

Advertisement
Often he uploads short videos ranging from mini masterclasses – '
How to do wrist vibrato
' – to comic sketches, like
three musicians playing a passage simultaneously on the same violin
.

“We all know classical music has a stereotype of being quite stiff, but musicians are incredibly funny people," he told SBS World News.

"They’re just a bit shy about it. I think with social media comes the ability to show a human side."

Regarded as a trailblazer, the 28-year old’s online presence has boosted his name and that of classical music.

"Why I could be so passionate about it."

Unlike most classical music concerts which are generally packed with middle-aged or elderly people, Mr Chen has, not surprisingly, tapped into a unique market.

“I’m seeing a different type of crowd for the concerts where I’m playing ... [there’s] a large demographic of young kids.”

There are stories of parents telling Mr Chen their children have been inspired to pick up an instrument or attend his concerts after watching one of his quirky online videos.

“It’s really inspiring because then you know that you are changing the future generation.

“It’s a lot of responsibility but something I really enjoy.”

The Taiwan-born Australian violinist moved to the US to attend the prestigious Curtis Institute of Music in Philadelphia when he was 16 and won the Queen Elizabeth International Violin Competition at 20.

Since then he’s become one of the most in-demand soloists of his generation, performing everywhere from Carnegie Hall to the Nobel Prize concert in Sweden.

It’s easy to understand why Mr Chen is adored by so many.

With his 1715 Stradivarius in hand, he weaves emotion and intensity into every piece. Plus his sense of humour and charisma off stage are infectious.

Mr Chen is back on home soil to perform works by Russian composer Dmitri Shostakovich at the Sydney Opera House.

Even as he describes the concertos he’ll perform, he attempts to make it more relatable for younger audiences to enjoy.

“It’s like a broken dystopia, think Hunger Games, like the poorer districts, and out of it emerges the hero like a beautiful flower. It’s very poetic in that way.”

During his time in Sydney, a few aspiring violinists will also get the chance to participate in a masterclass with him.

One of them, 24-year-old Bridget O’Donnell, a Sydney Symphony Orchestra fellow, said she’s been inspired by his modern twist on classical music.

“I really think it’s important that we use those [social media] platforms as musicians as there is a possibility of classical music having a disconnect with the audiences who we’re playing to. Ray is really encapsulating of a new generation that’s coming through.”