There are calls to ban 'conversion practices' in Tasmania. Glen knows first-hand the pain they can cause

So-called conversion practices are currently banned in several Australian jurisdictions. Now, a new report is calling for Tasmania to crack down on them too. 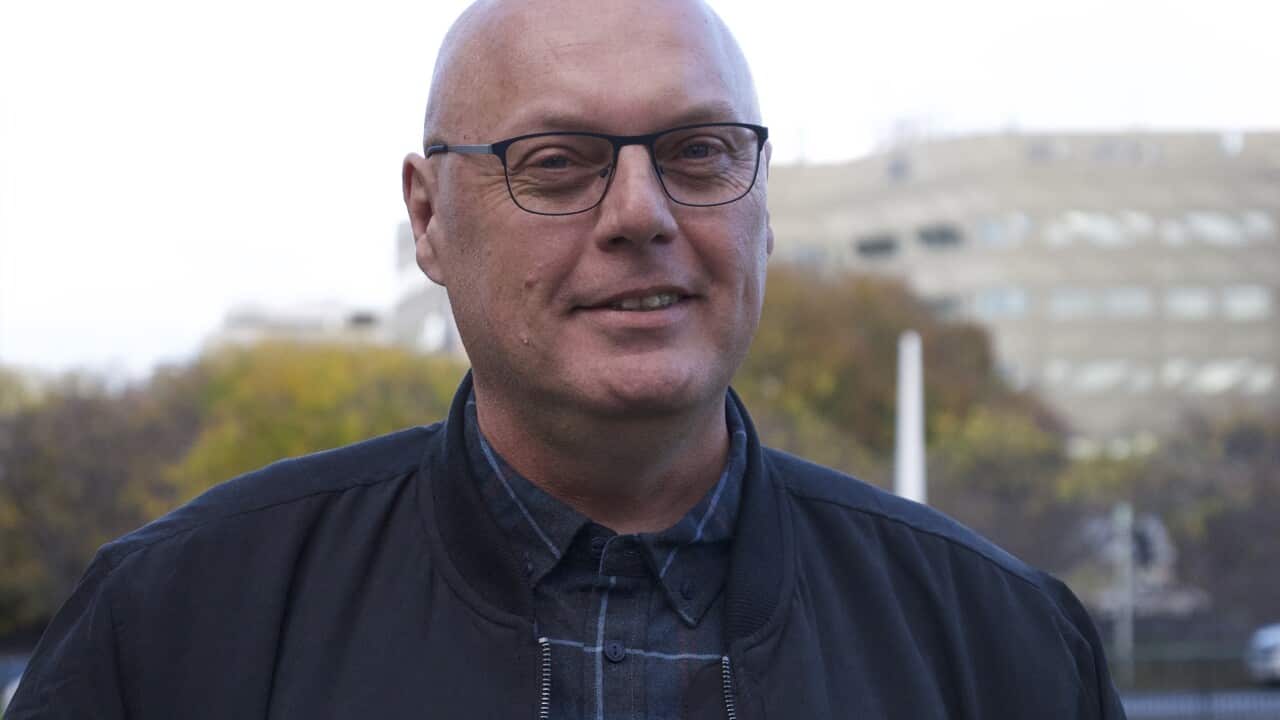 Once Glen Worrall left school, people at his church anonymously donated money so he could make trips to Sydney to attend so-called conversion practices. Source: Supplied

The Tasmania Law Reform Institute (TLRI) has released its final report on law reforms to address the risks and harms caused by so-called sexual orientation and gender identity conversion practices.

The more than 300-page report, released on Tuesday, made 16 recommendations for legislative change, which would amount to a ban on the practice.

The report proposes changing laws to stop unregistered and unqualified people from purporting to assess, diagnose or treat the sexual orientation of others.

Advertisement
"We do suggest (conversion practices) be banned .... but I don’t want (people) to think that simply means you'll go to prison," co-author Martin Clark said.
"What we're recommending is a much more nuanced set of statutory reforms to respond to these practices as they occur.”

LGBTQIA+ advocate and president of Equality Tasmania Rodney Croome said he was now in discussions with supporters in the Tasmanian parliament — both within and outside government — about the best way forward to introduce to report as legislation to be voted on.

“There are two possible avenues for this legislation, one would be for the state government to introduce a bill, and the other would be for a private member to introduce a bill,” Mr Croome said.
LGBTQIA+ advocate and president of Equality Tasmania Rodney Croome. Source: Supplied
Speaking to reporters on Tuesday, Tasmania’s deputy premier Michael Ferguson said the state’s attorney general had been provided with a copy of the TLRI’s report.

“The attorney will, certainly on behalf of government, be considering the report and will advise as to the government’s position after doing so. I look forward to reading (the report) myself," he said.

Conversion practices are currently banned in
Victoria
,
Queensland
and
the ACT
.

As a young man at a conservative all-boys school in NSW, Glen Worrall realised he was attracted to a small number of his classmates.

Mr Worrall, 54, said his Christian faith told him “there was no way I could act upon those feelings, those urges".

Once he left school, people at his church anonymously donated money so he could make trips to Sydney to attend conversion practices.

“That was when I became really involved, going to Sydney for week-long conferences, following programs, working through this textbook, prayer ministry, weekend retreats, over the years this became a long-term part of my life," he said.

“There’s a lot of depression, there’s a lot of loneliness. My life has been marked by loneliness.”
The more than 300-page report made 16 recommendations for legislative change, essentially amounting to a ban on the practice. Source: Supplied
In 2006, Mr Worrall moved to Launceston, where he continued with conversion practices. He travelled to South Hobart to attend prayer ministry. His first session lasted nine hours, and it was there that an exorcism took place.

“I felt really vulnerable, it’s scary to be told you have the devil in you. It didn't work, and I went back for more, because I was determined to be straight. But it didn’t work," he said.

“Not once were we told that this (conversion practices) do not work. You were always told that change was possible.”

In 2018, he realised he could no longer fight against himself.

“I was a moment where I had to take stock and reassess the last 21 years of beating myself up, and pouring myself out to God, and say (to God) you haven’t changed me, this is how you made me," he said.

“I became more me, and I started to discover who I am.
READ MORE
It's only 25 years since being gay stopped being illegal in Australia
“I’ve been on this journey, and I’ve realised there is a big difference between religion and faith, and religion and God, and religion and Jesus, and I’ve found that my faith has increased to become inclusive, instead of exclusive and holding people at arm’s length.

“The legislation (would) simply be a boundary to protect vulnerable people, because of that difference in power, and too many LGBTQIA+ people have taken their own lives because of that vulnerability, and that inability to meet the expectations of a perfectionist religion, and world. People just need to be able to be themselves, that is what this is about.”

The TLRI said the reforms would not impact expressions of faith or philosophical or personal views about sexual orientation or gender identity.

A submission to the institute from Christian legal think tank Freedom for Faith said the laws would "prohibit adults from exercising the freedom to seek the help they consider they want and need”.

"Is there anything wrong with a person seeking help, including, for example, prayer, to address a same-sex attraction when their beliefs, values and aspirations greatly dispose them to want to form a stable and happy marriage with a person of the opposite sex?" it read.

In a statement, the Archdiocese of Hobart said: "The Catholic Church is deeply concerned about the content and recommendations of the TLRI report."

"Given its length (300+ pages) the Church is undertaking a detailed review."