These countries have no official coronavirus cases. How did they do it?

Cambodia has joined a small list of mostly Pacific Island nations with no official active coronavirus cases, but some question the numbers. 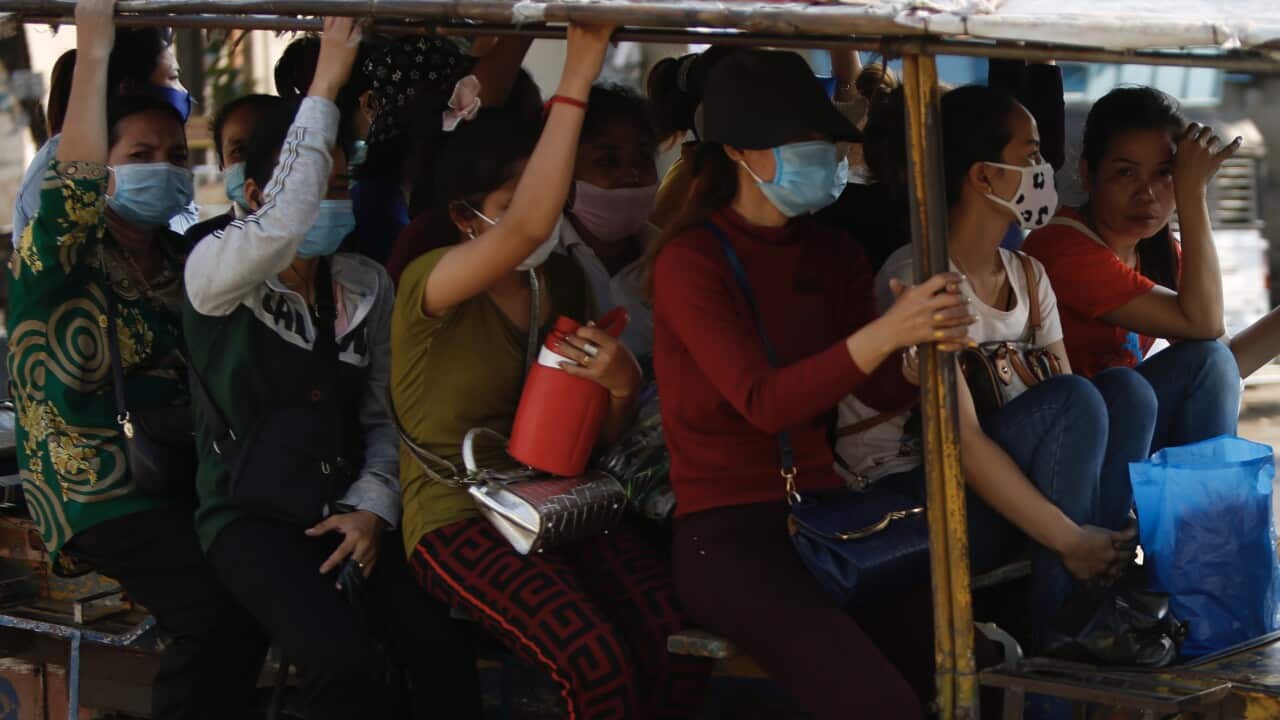 Cambodia’s last coronavirus patient was discharged from a hospital in Phnom Penh on the weekend, meaning the country now officially has zero active patients with the disease.

The Southeast Asian country has reported a total of 122 coronavirus cases, but has officially recorded no deaths from the virus.

Cambodia joins a handful of countries declared coronavirus-free - most of them in the Pacific Islands - but Lee Morgenbesser, a senior lecturer at Griffith University who studies Cambodia, is sceptical about the government's figures.

Advertisement
“The government there has a documented history of lying and deception over a very long period of time,” he told SBS News.

“They have passed laws that make it a jailable offence to disprove the government when it comes to COVID-19. You aren’t going to get people coming out and saying the government is lying,” he added.

He said recent government crackdowns on free press and the opposition parties meant there was no alternative source of information coming out of the country to challenge the government’s narrative.

“There is a long history of lying to outside audiences and to other organisations. There are no checks and balances anymore, so there is no one to come out and challenge the lies,” he said.

He also noted the country had done an “insufficient” number of tests given its population size and cautioned against declaring the country COVID-free.

Cambodia's health ministry said on the weekend that 14,684 tests had been carried out since January among the country's 16 million people. In Australia, with a population of 25 million, more than one million tests have been conducted.

However, Associate Professor Peter Annear from Melbourne University said that statistics coming out of Cambodia were just as believable as any other country's.

He says the country likely owes its success to the fast and dramatic measures put in place by the government early in the pandemic.

"They shut down the borders to international tourists early, even though it is a large part of the economy. They also cancelled new year celebrations and limited travel between provinces," he said.

He also noted that 80 per cent of its population lived in rural areas so it was a lot less dense than many of the urban countries that had experienced major outbreaks.

Many Pacific Island nations began closing their borders early and have banned international travellers for months to stop the spread of COVID-19. The Marshall Islands, for example, banned travellers from mainland China as early as January.

Adjunct Associate Professor at the Griffith Asia Institute, Tess Newton Cain, said that was the main reason the region had been so successful in curbing the virus.

READ MORE
The countries and territories that are still coronavirus-free

“Obviously they are relatively isolated so for some countries they don’t get a lot of visitors, but even the ones we do associate with having quite a few visitors from overseas, they moved very quickly to close down their borders and in a number of cases ruled out completely any international travel or movement,” she told SBS News.

“A lot of islands are small with only one international port of entry, which obviously makes shutting the borders a lot easier,” she added.

But she said closing the borders had had a devastating economic impact on many Pacific Island nations that are heavily reliant on international tourism. Many are now considering reopening borders to some travellers in order to restart the economy.

“It’s a tough balancing act, no one wants to be the leader who let a devastating virus into the country. At the same time the economic impact has been huge, the economy has tanked, people are out of work and can’t feed themselves,” she said.

Other nations recording zero coronavirus cases, such as Turkmenistan and North Korea, are likely to have cases, but the information is being censored by the government.

The hermit kingdom of North Korea borders China and South Korea, two of the countries hit hardest by the virus, but has continued to report zero confirmed cases.

Turkmenistan is in the central Asian region which has recorded thousands of cases and the country has banned officials from the World Health Organization from visiting.

Slovenia has also declared an end to its COVID-19 outbreak, but remains on high alert for travellers from other European countries. It is the first European country to declare the pandemic over.

But the country recorded one new case on Friday after several weeks without cases, meaning they are still yet to totally eliminate the virus.

Like many countries across Europe, Slovenia has banned large-scale public gatherings, mandated the wearing of face masks in public and enforced strict personal hygiene practices.