Comedian Akmal Saleh is best known for his outspoken humour. But growing up in Australia as a migrant from Egypt wasn't always easy. He found comfort in laughter, which began from his first day in Western Sydney. 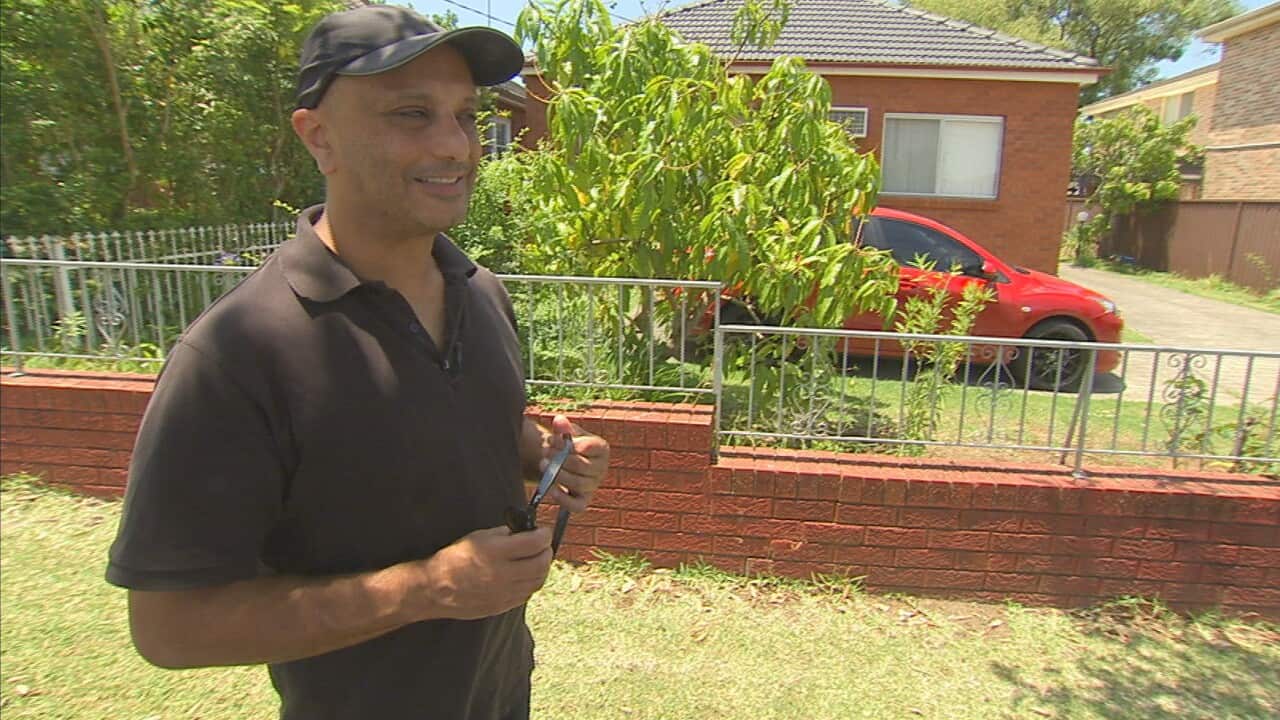 Akmal Saleh arrived in Australia at the age of 10. His family migrated from Egypt, in search of a better life.

On his first day, it was the seemingly mundane details that stood out.

"One my of my most potent memories is when we were landing in Sydney - this was in the seventies - and seeing the rooftops, they were triangular, we didn't have that in Egypt because it doesn't rain," Saleh said.

Advertisement
"From the air they looked like pyramids I remember thinking, 'they've got millions of pyramids in this country, and we've only got seven, this must be very advanced.'"

Akmal Saleh (second from right) with his mother, brother and father. Source: Supplied

His family made their home in Punchbowl, in Western Sydney.

Their new neighbourhood was something of a culture shock after the hustle and bustle of Egypt's largest city.

Akmal Saleh (right) with his brother in Sydney. Source: Supplied

Akmal and his brother embraced their new life, starting a new school and learning a new language - English.

He says it was very different to life in Egypt.

"You don't even hear other languages because it's not a multicultural country, it's a mono cultural country so even the idea of language is foreign to you when you're 10 years old," he said.

"Trying to get my head around this whole language thing, I'd go to school, people would speak to me in English and I couldn't understand and I really wanted to desperately understand."

Akmal Saleh (left) with his mother and brother. Source: Supplied

Growing up, Akmal often felt like an outsider - not just because of his ethnicity.

"I had the comedy on my side, so I could always make fun of myself."

While the Coptic church played a big role in Akmal's younger years, he soon turned to comedy as a way of expressing himself.

"When I first started doing comedy I was scared of being ethnic," he said. "I thought they're not going to like me. It was a really Anglo environment and community, so I changed my name to Peter, because I thought, if I change my name to Peter, maybe people won't realise I'm ethnic."

But his Arabic heritage turned out to be one of his best assets, enabling him to poke fun at stereotypes.

"Theoretically you can talk about any topic, but it's what you're saying about it, or how you're presenting it, what spirit are you bringing to it, are you divisive or hateful or are you just trying to work things out in a genuine way?," Saleh said.

"Any topic can potentially be funny but the more contentious the topic the more careful, or the cleverer you have to be."

He says comedy wouldn't have been an option if his family hadn't moved to Australia.

"If I'd grown up in Egypt I probably would've been a different person," he said. "You're shaped by your environment.

"The good thing about Australia is that I probably got more opportunities to do things that are different."