Australia and the United States are among the world's largest polluting countries that have not committed to reaching net-zero emissions. 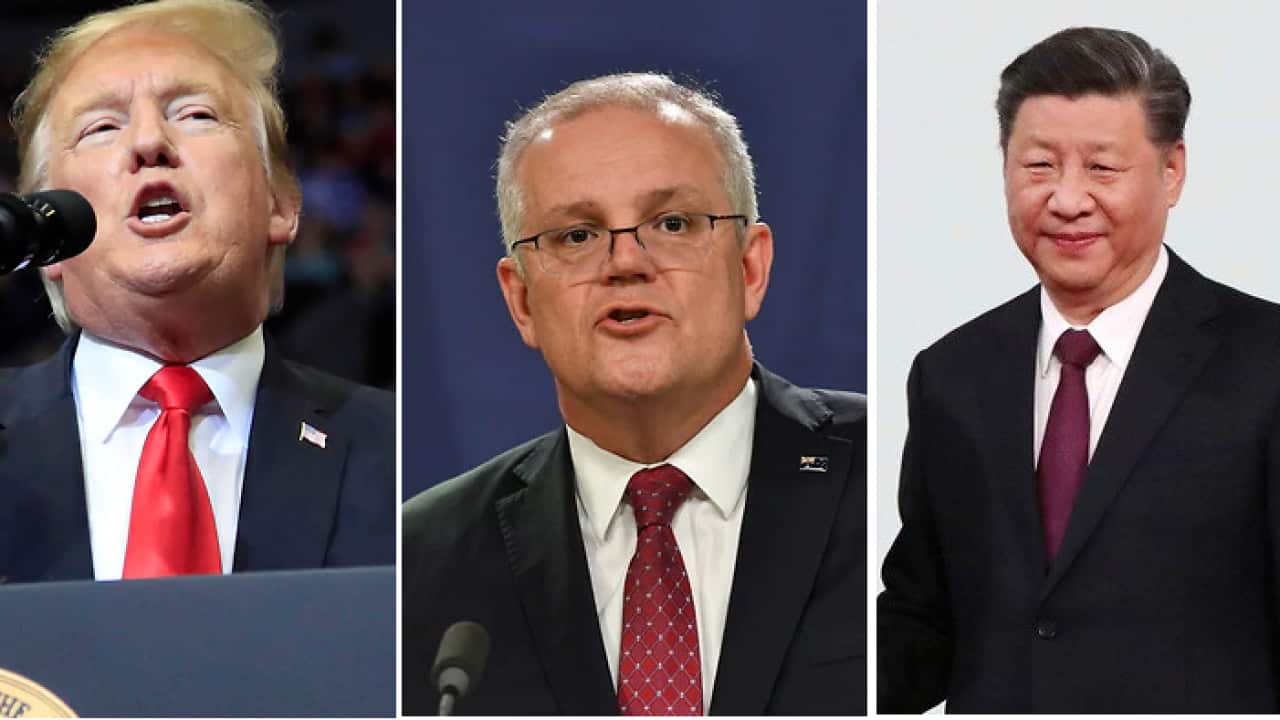 Thirty countries have pledged to achieve carbon neutrality. Australia and the United States are not among them. Source: SBS / , WIRES

Thirty countries around the world have now pledged to go carbon neutral.

This morning, China became the latest developed nation to commit to reaching net-zero emissions, vowing to reduce its footprint to zero by 2060.

Achieving carbon neutrality means countries balance the amount of carbon dioxide they put into the atmosphere with the amount of emissions they remove through natural and artificial means.

Advertisement
The global push has been in place since 2015, when 195 countries signed the Paris Climate Agreement, with the aim of preventing an increase in global temperatures by two degrees.

But while China, Europe and a number of other developed and developing countries have committed to reaching net-zero emissions, Australia and the United States are among the major polluters that have not.

Addressing the UN Assembly on Wednesday, President Xi Jinping called for a “green recovery of the world economy in the post-COVID era”.

He said the country would peak in carbon emissions by 2030, before reducing its footprint to zero by 2060.

The carbon-neutral commitment from China, as the world’s largest polluter, is a significant one.

But while climate experts have welcomed the pledge, they warned the action wouldn't come soon enough to reverse the impacts of climate change.

“2060 is still a long way off. It's not sufficient to meet the Paris targets. But it's an important step in the right direction,” ANU Professor Will Stefan told SBS News.

"We really need to be hitting carbon neutrality by 2040 if we want to have a reasonable chance of staying within the Paris target range, which is well below two degrees [tempature rise]."

The European Union has committed to going carbon neutral by the second half of the 21st century.

Finland is the most ambitious in its approach, with its left-leaning coalition government committing to hitting net-zero by 2035.

Austria and Iceland plan to go carbon neutral by 2040, while Sweden has legislated its goal for 2045.

The United Kingdom, Germany and France have committed to reaching carbon neutrality by 2050.

The British government announced in February it was on track to phase out coal-fired power by 2024, with petrol powered vehicles to be outlawed by 2040.

“Our world is warming, undeniably it is warming," Prime Minister Jacinda Ardern said in a speech when the law was announced. “Therefore the question for all of us is what side of history we will choose to sit on.”

But the country does face some unique challenges in driving down emissions.

READ MORE
'We have to think about our kids': Jacinda Ardern urges more action on climate change during New Zealand's election debate

“New Zealand is in an unusual position because the majority of its emissions actually comes from the agricultural sector,” Professor Stefan said.

“They're harder to get out than the fossil fuel sector and they've got some hard yards to do.”

The New Zealand Labour Party has also committed to moving to 100 per cent renewable energy by 2030 if re-elected next month.

The country currently produces 84 percent of its electricity from renewable sources.

Australia has in place an economy-wide target to reduce greenhouse gas emissions by 26 to 28 percent of its 2005 levels by 2030, under the Paris climate accords.

But the Federal Government has not made any public commitments to attain carbon neutrality or increase its renewable energy targets.

“We are not committing to net-zero by 2050, unlike virtually every other developed country around the world,” Professor Stefan said.

“Second of all, we don't have any firm numbers on emission reductions [or a] carbon budgeting approach.”

However, every state and territory in Australia has pledged to reach carbon neutrality by at least 2050.

The ACT has gone one better, moving to
100 percent renewable energy
from 1 January, with a commitment to become eliminate its carbon footprint by 2045.

The United States, the world's second-largest polluter, has not made any commitments at a federal level towards achieving net-zero emissions.

Under President Donald Trump, who has a track record of climate denial, the country has walked back on its environmental obligations and is in the final stages of withdrawing from the Paris Climate Agreement entirely.

READ MORE
Climate change is one of the most divisive issues in the US. How do Joe Biden and Donald Trump compare?

But the State of California, which has the fifth-largest economy, has legislated a pledge to reach net-zero by 2045 and move to 100 per cent renewable energy.

In order to achieve the ambitious goal, it would need to remove 113 million tonnes of carbon from its atmosphere - the equivalent of 26 million cars according to University of Berkeley Research.

There are two nations that have already achieved carbon neutrality.

The small Himalayan country of Bhutan, which has a population of 820,000 people, has attained Carbon Negative status.

One of Bhutan's first wind turbines is seen in the Rubesa village in Wangdue Phodrang. Source: AFP

As of 2015, the country generates just over 1.1 million tonnes of CO2 a year, but the country’s luscious forests are able to absorb that level of pollution, offsetting its net emissions.

The Republic of Suriname in South America, which has a population of less than 600,000, is also considered carbon-neutral because of its dense rainforests.