The short clip was filmed in the Bellangry State Forest after a man stumbled upon the injured marsupial and stopped to share some water. 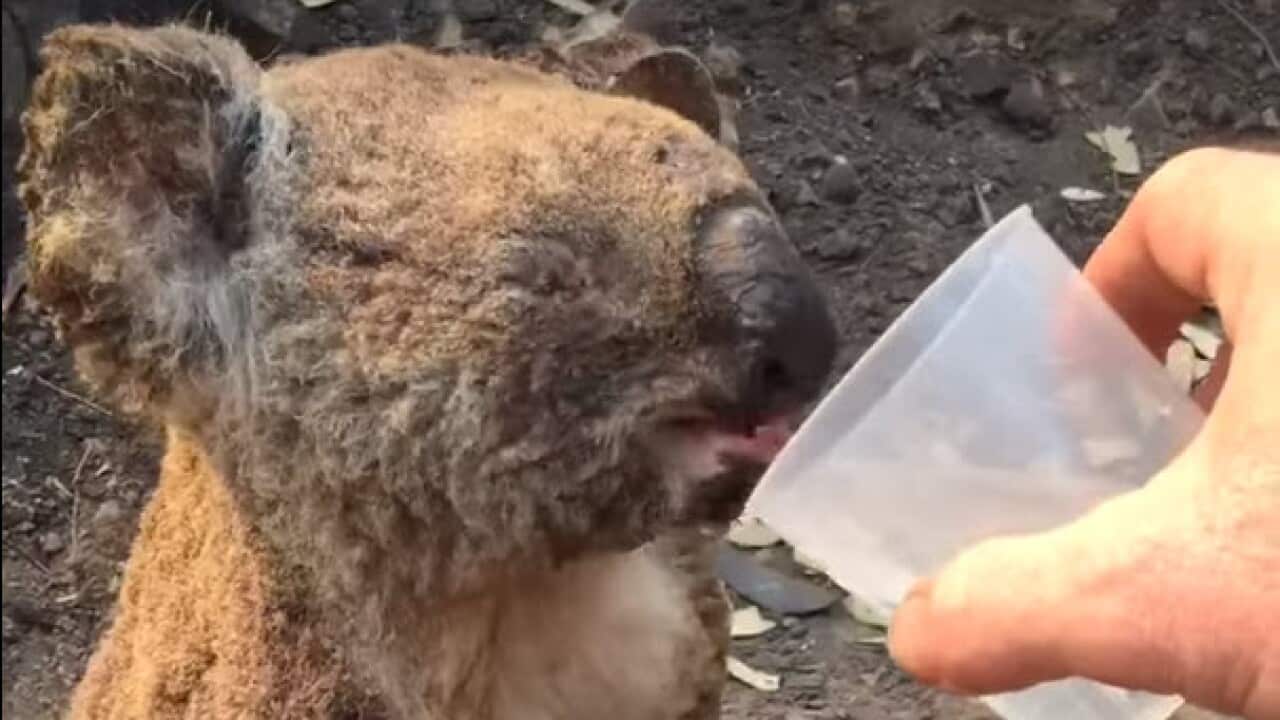 Injured koala 'Kate' has a sip of water after being discovered exhausted and dehydrated in the Bellangry State Forest. Source: SBS / , Facebook/Koala Hospital Port Macquarie

A man has been praised for his quick-thinking after he discovered a dehydrated and injured koala in mid-north New South Wales in the wake of this week's horror bushfires.

The exhausted native marsupial can be seen resting on the ground surrounded by burnt-out bushland in the Bellangry State Forest before the man, known as Darrel, offers the animal a cup of water.

“There you go, you’re so badly singed aren’t you?” the man can be heard saying in the video.

After a healthy drink, the native icon was bundled up in a blanket and transported to the Koala Hospital in Port Macquarie.

The hospital has since confirmed the animal, known as Kate, has suffered burns to its hands, feet and face - with singeing to the body.

"She arrived very dehydrated and is now in the 5 star service burns ward at the Koala Hospital," staff wrote on Facebook.

Video of the man's encounter has gone viral online with almost 10,000 shares on Facebook alone and news outlets in New Zealand, the United Kingdom and America - including the New York Post - all covering the story.

Many viewers have since praised the man for his kind and selfless act.

"Such compassion and gentleness in the rescuer's care for this clearly injured and hurting koala," one person wrote.

"After seeing how bad the fires were it's a miracle for any of them to survive," another user adds.

Authorities estimate at least 300 homes have been destroyed since the weekend with fire crews still fighting more than 60 fires across the state.