This mother still doesn't know how her son died on Nauru, a year after she buried him

Kurdish Iranian asylum seeker Fariborz Karami died on Nauru in 2018, but his mother, who is now in Australia, tells SBS News she is still waiting for answers. 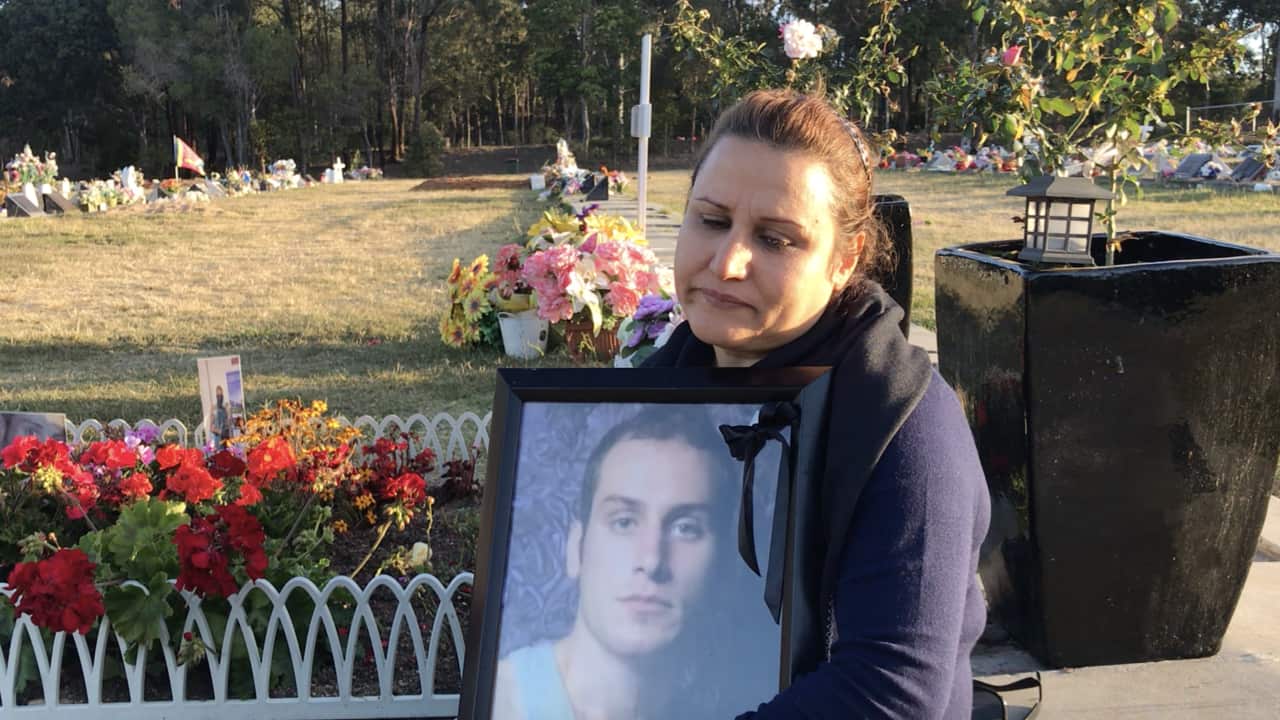 A mother whose son died on Nauru last year says she is still waiting for answers about how he died.

Sixteen months after Kurdish Iranian asylum seeker Fariborz Karami was found dead on the island, his mother Fazileh Beigi is also demanding some of his possessions, including his mobile phone, be handed back to her.

While media reports at the time said the 26-year-old asylum seeker suicided, referencing an autopsy, Ms Beigi says she has not seen the autopsy results herself.

“I want to know how did media find that my son has died by suicide while I haven’t received the result of his autopsy yet?” she told SBS News.

"They were going to give the result [of the autopsy] within 12 weeks. Now it's been more than one year and I have not heard back, while the news had printed my son killed himself."

Mr Karami was studying dentistry in Iran before attempting to come to Australia.

A member of the Kurdish ethnic minority in Iran, he was reportedly kidnapped and tortured as a child.

After spending time on Christmas Island, he was transferred to Nauru and was found unconscious inside his tent in the regional processing centre on 15 June last year.

Reports claim he had previously pleaded with doctors to get help and had referenced suicide. But Ms Beigi, 46, said she does not accept his death was suicide.

Her son, whose application for protection had been refused, had recently married a woman who was a refugee on Nauru.

“Fariborz was a dentistry student at one of Iran’s prestigious universities. He was a gymnastics coach. But now his lifeless body is beneath tons of soil,” Ms Beigi said.

Fazileh Mansour Beigi and her son Ali grieve for their son and brother. Source: Supplied

Ms Beigi's distress, she says, has been compounded by the handling of her eldest son’s body and his belongings in the months that followed.

A dispute about where his remains would be buried dragged on for nearly four months.

Ms Beigi was determined for him not to be buried on Nauru or in Iran, as proposed by authorities, because relatives would not be able to visit his grave in either country.

During the standoff, she says her son’s body was stored in a "standard fridge" for a month on the sweltering island. His body had begun to decompose, she was told at one stage.

“That news carried a heavy burden on me … and like a crow I was pecking the ground, and with my fingers I was digging into the ground to bury his body right there and then, so his beautiful body is not ruined.”

While his coffin was eventually flown to Brisbane one month after his death, it would be another three months before he would be buried.

Extended relatives organised the funeral which was partly funded by donations. Source: Supplied

After initially being refused permission to attend her son’s funeral in Brisbane, a court ruled that Ms Beigi and her younger son Ali should be transferred to Australia at the end of September and his funeral was finally held on 5 October last year.

Ms Beigi is still demanding Mr Karami’s phone and iPad, which contain pictures of the family, and other items are returned.

Her frequent complaints to the Australian Border Force have not resulted in any more information and have been largely referred to the Nauru government.

"I tried very hard. To anyone I could think of, I wrote letters to and begged for help," she said.

"Each time I request for the result, I've been advised that I need to get the answer from the Nauru government ... but the Australian government took my son to Nauru and kept him in the tent for five years."

The Home Affairs Department did not respond to questions from SBS News about Mr Karami's case.

In response to previous media requests, a spokesperson for the department said it did not comment on individual cases and referred questions to the Nauru government.

A Nauru government official did not respond to questions from SBS News.

Ms Beigi and her other son, now 13, also spent several years on Nauru, where she says she begged authorities to intervene in the declining mental health of her two children.

She says she also approached lawyers in Australia while she was on Nauru about getting medical treatment for the family, but claims she was ignored.

"When I was lonely and unknown, the human rights lawyer wouldn't accept my case. They said I have to be on waiting list."

"After my son's death, when Fariborz's death hit all the news, they were all showing up."

According to the Department of Home Affairs, as of 28 August, there were 288 people left on Nauru. The last four children on the island departed for the United States in February.

After being medically evacuated to Australia, Ms Beigi and her surviving son are now in community detention in Brisbane.

Ms Beigi is not allowed to work, study or move from her resident city, but unwilling to leave her Fariborz's grave she is fighting attempts to be returned to Nauru or be transferred to the US.

“You should exhume my son, give him back to me and then I will leave Australia to wherever you want," she said.

Her psychiatrist in Australia has warned authorities that Ms Beigi’s distress is worsening as a result of her visa uncertainty.

“Every time that she attends these meetings she rapidly deteriorates in mental state. It seems harmful to her to be reminded constantly that “she should not get comfortable here in Australia”, the psychiatrist wrote in a letter to the department earlier this month.

He also lamented that it was becoming progressively harder to treat his client given she was unable to reach any closure over her son’s death without understanding how he died.

The psychiatrist also stressed the importance of returning her son's belongings.

“These items have great value and importance for a grieving mother,” he wrote.