Vanisre Rajasegaran should be solely focused on finishing her year 12 exams. Instead, she's fighting for her right to sit them. 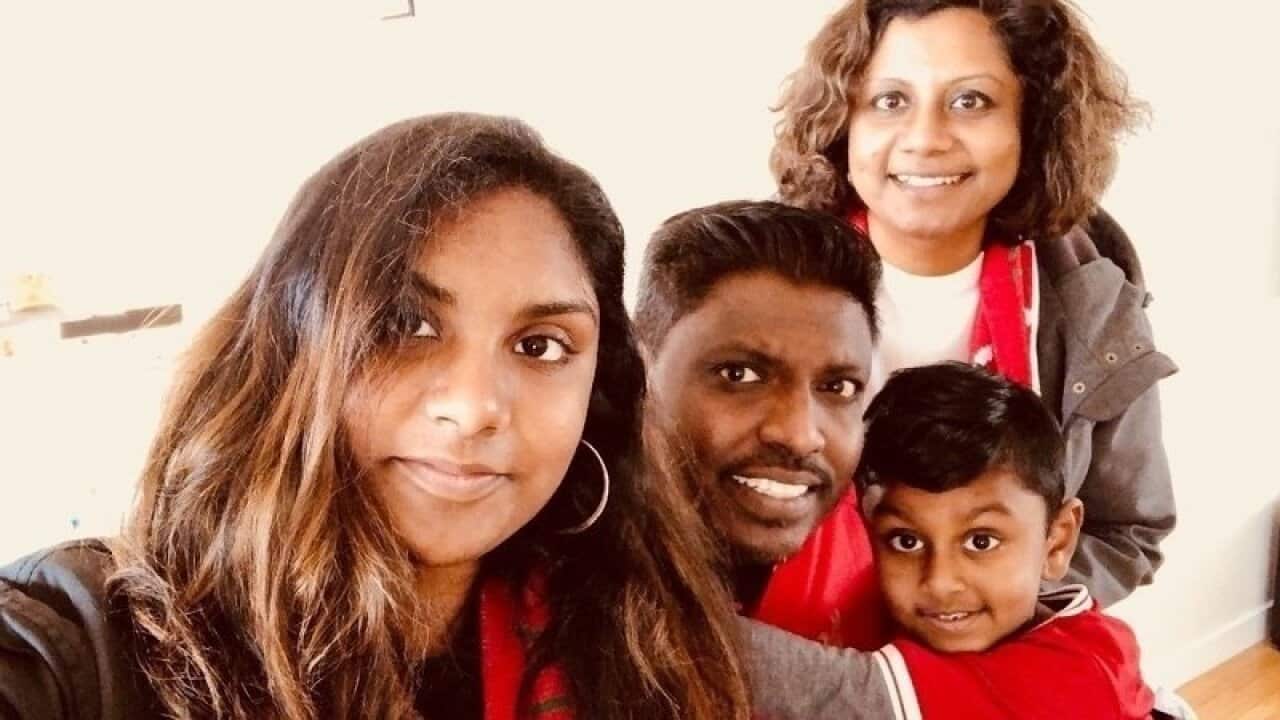 Vanisre and her family moved to Melbourne from Singapore seven years ago.

Her mother, Premawarthy Balasupramaniam, said she wanted her kids to grow up in a democracy.

The family has spent most of their time in the regional Victorian town of Warrnambool, embracing the community lifestyle.

Ms Balasupramaniam works in childcare, and her husband Rajasegaren Manikam in aged care.

Their daughter, Vanisre, is now in her final months of year 12 at Brauer College and is a member of the school’s student council.

She’s aspiring to study medicine at university and is supposed to sit her final exams in October.

But because of her father’s health – the whole family are due to be deported on 21 August.

But to maintain the visa – all of her family members need to meet the same visa conditions.

In 2016 her husband was diagnosed with kidney disease.

A medical officer of the Commonwealth ruled Mr Manikam’s condition was “likely to result in a significant cost to the Australian community and prejudice the access of an Australian citizen or permanent resident to health care or community services”.

Migration agent and lawyer Ben Watt says he sees dozens of cases like these a year.

And these deportation calls are made on a hypothetical case.

“If one person can't meet the health criteria everyone fails to meet the criteria of the visa, which is the case with this story,” Mr Watt told SBS News.

The hypothetical worst case for Mr Manikam would involve medical and surgical services, pharmaceuticals, dialysis and possibly an organ transplant, costing the Commonwealth an estimated $681,749.

But Mr Manikam said - through lifestyle changes - his health has actually improved since 2016.

The whole family is set to be deported. Source: SBS News

And dialysis or an organ transplant are not necessary for him in at least the next five to 10 years.

“My kidney was functioning at 20 per cent and today it’s showing at 47 per cent,” he said.

Mr Manikam told SBS News the day he learned his health could affect his entire family’s future was the worst day of his life.

The family appealed the decision to the Administrative Appeals Tribunal, but it was dismissed.

And as a result, the family was given 28 days to leave the country.

That deadline is now only two weeks away.

“What we’ve built up for 7 years, just to give up in 28 days, I just felt that’s not fair,” Ms Balasupramaniam said.

“We were not given a fair go.

There has been plenty of support on the online petition. Source: Change.Org

The family will appeal to the immigration minister for a Ministerial Intervention.

The Department of Home Affairs said it doesn’t comment on individual cases.

But a spokesperson told SBS News the minister only intervenes in a relatively small number of cases which present unique and exceptional circumstances and where he considers that it is in the public interest to do so.

“What is or is not in the public interest is entirely a matter for the Minister considering each case on its own merits,” the spokesperson added.

The minister can take as long as he likes to make that decision.

In that time, the family will be able to stay in Australia.

But Mr Manikam and Ms Balasupramaniam won’t be able to work.

READ MORE
Exclusive: Great-grandmother, 93, could be deported after 11 years in Australia

And Vanisre won’t be allowed to go to school.

Vanisre has launched an online petition, pleading for help to get the minister’s attention, and to keep her family in Warrnambool.

“I would be stoked to call this place my home,” she said.

The petition has received thousands of signatures in just a couple of days.