Protesters have marched through Hong Kong demanding China be held accountable for its lethal crackdown on students at Tiananmen Square three decades ago. 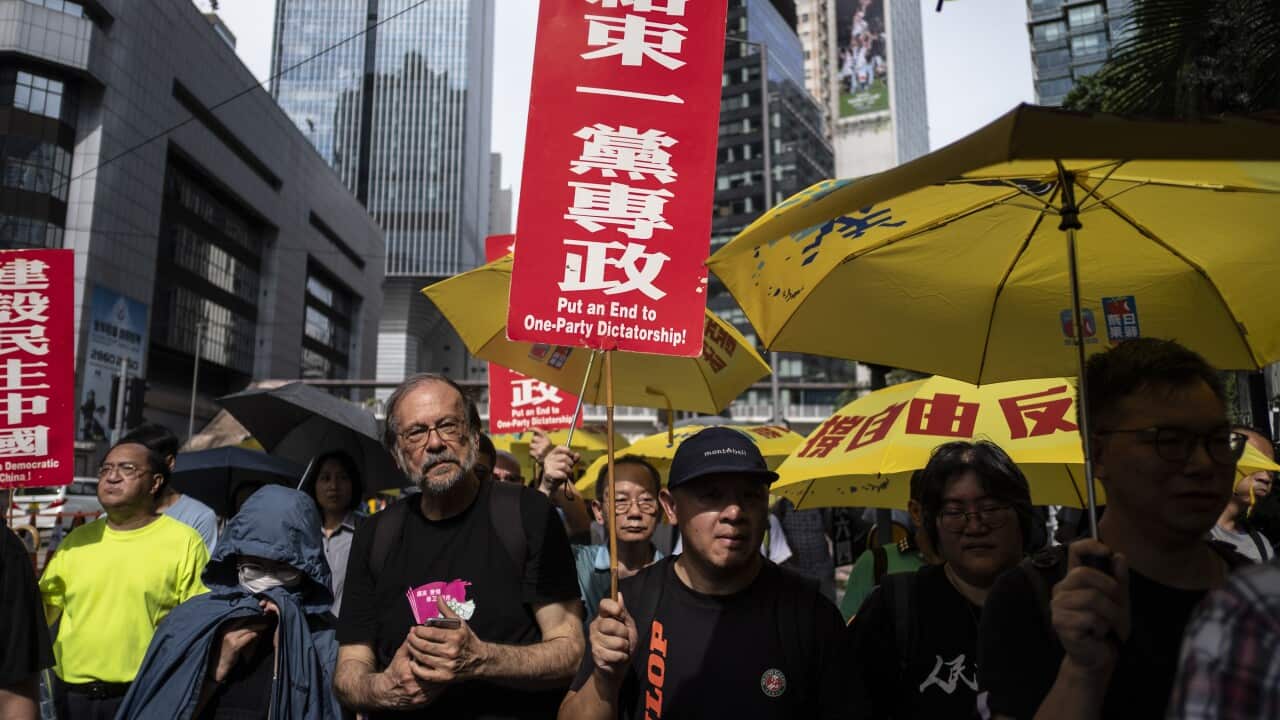 A protester seen holding a paper placard during the demonstration. Source: SIPA USA

Thousands of protesters have marched through central Hong Kong as part of annual demonstrations demanding that China be held accountable for its democracy crackdown in and around Tiananmen Square three decades ago.

Human rights groups and witnesses say that hundreds, perhaps thousands, died in the bloodshed as Chinese tanks rolled into Tiananmen Square and soldiers fired on student-led democracy protesters, beginning on the night of 3 June in 1989.

The Tiananmen crackdown is a taboo subject in China and authorities have refused to accept full accountability or release the death toll.

This year, for the 30th anniversary, censors at Chinese internet companies say that tools to detect and block content related to the 1989 crackdown have reached unprecedented levels of accuracy, aided by machine learning and voice and image recognition.

Hong Kong and Macau are the only places on Chinese soil where the event is commemorated each year, while the democratic island of Taiwan also holds public gatherings for the victims.

The Hong Kong demonstrators marched to China's main representative "liaison" office in the city, where some held up banners while chanting slogans including "the people will not forget".

Many of the protesters also held up yellow umbrellas, a symbol of Hong Kong's 2014 pro-democracy "umbrella revolution", while calling for the scrapping of a proposed extradition law that would allow people to be sent to China to face trial.

Lawyers, business people and diplomats have expressed widespread concern that the law could extend China's control into Hong Kong and undermine the city's vaunted rule of law.

"The Hong Kong people have not forgotten the event of 30 years ago," said lawmaker Wu Chi-wai, who heads the city's main opposition Democratic Party.

"The (Chinese) Communist Party tries to erase those memories. But the Hong Kong people have kept it up and are looking for the day when the dictatorship on the mainland will end."

Police estimated that 2100 people took part in Sunday's march. An annual candlelight vigil in Victoria Park on 4 June is expected to draw tens of thousands of people.