Rallies have been held across Australian cities as part of a grassroots campaign against the federal government. 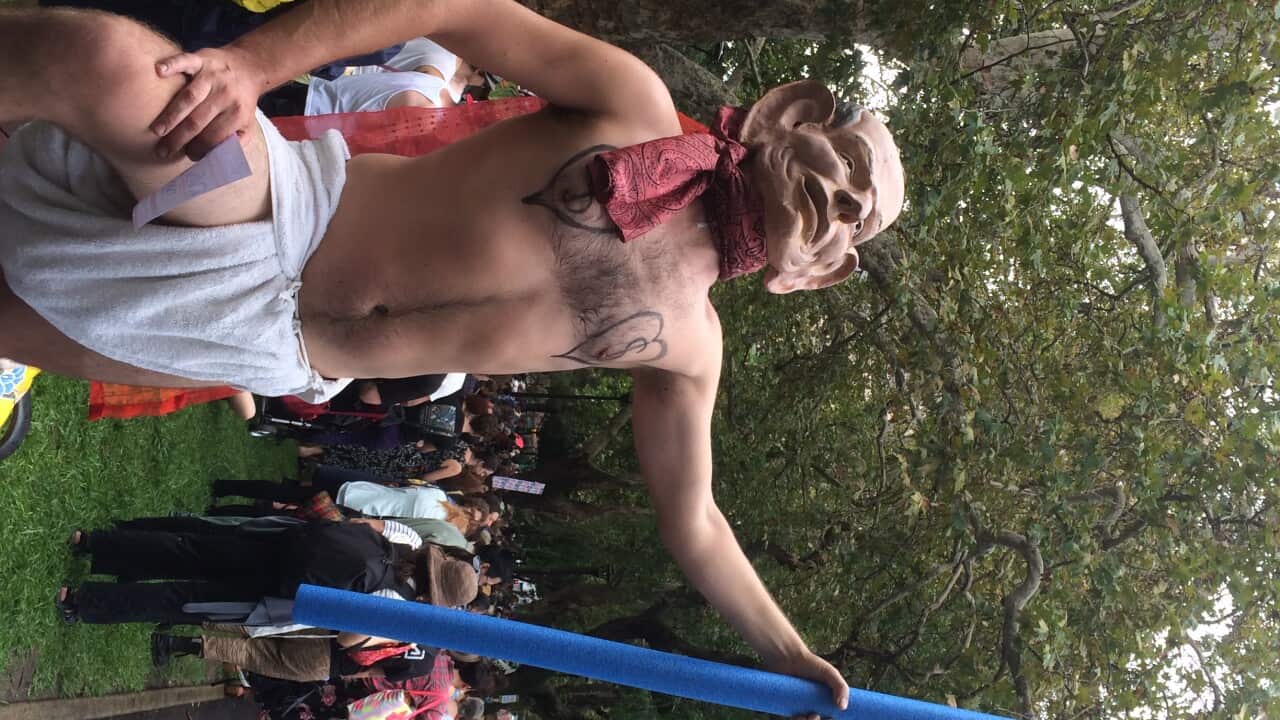 Thousands of people haved marched against the Australian government at rallies across the nation.

March in March protests, spawned from a Facebook conversation in January between several people, started in regional cities on Saturday and took place in state capitals today.

Organisers say the protests are part of a grassroots movement that has no affiliation with political parties.

Advertisement
They have been promoted by organisers as peaceful rallies to protest against the federal government's policy decisions.

The Melbourne chapter of the nationwide March in March featured speeches on indigenous rights, education funding and university cuts.

But the event, which organisers say is a grassroots, non-partisan peaceful protest, represented a grab-bag of issues.

Signs in Melbourne read: "Transit not tolls" and "Turn back the AbBoat".

Unions were present, as were ordinary families.

Shauna Burstin and daughter Mikhayla, 8, came to express their support for same-sex marriage.

Blackburn couple Dyan and Andrew brought their three kids Dylan, Harper and Marlo because they thought it was important to teach their children not to stay silent if they don't agree with the government.

"I've never been moved as much by any other government in my life as this to protest."

The three-day event will culminate on Monday when a statement of no confidence in the Abbott government is delivered to Parliament House.

Canberra organiser Loz Lawrey says the idea started as a conversation between a handful of people on Facebook in January.

"They said to each other, we can't just keep complaining to each other about this government, we have to do something about it," Mr Lawrey told AAP.

"As that conversation became more public, people started saying: We'd like to be involved."

The invitation to march, circulated via social media, calls on people to "participate in democracy".

"Democracy doesn't end at the ballot box," the invitation says.

"It is the right, if not duty, of all Australians to hold our elected representatives to account; to remind them that they are, above all else, public servants."

Mr Lawrey said organisers made an effort not to allow any individual or group to own the movement.

Federal Opposition Leader Bill Shorten distanced himself from the rally, telling reporters the Labor Party was not formally involved.

"But I do get people want to express their views. It's a free country," Mr Shorten said. The invitation to march, circulated via social media, calls on people to "participate in democracy".

"Democracy doesn't end at the ballot box," the invitation says. "It is the right, if not duty, of all Australians to hold our elected representatives to account; to remind them that they are, above all else, public servants."

Prime Minister Tony Abbott told reporters he thought the only large rally being held in Sydney was to do with St Patrick's Day.