Thousands of Palestinian women have gathered in their first mass mobilisation since protests erupted on the border three months ago. 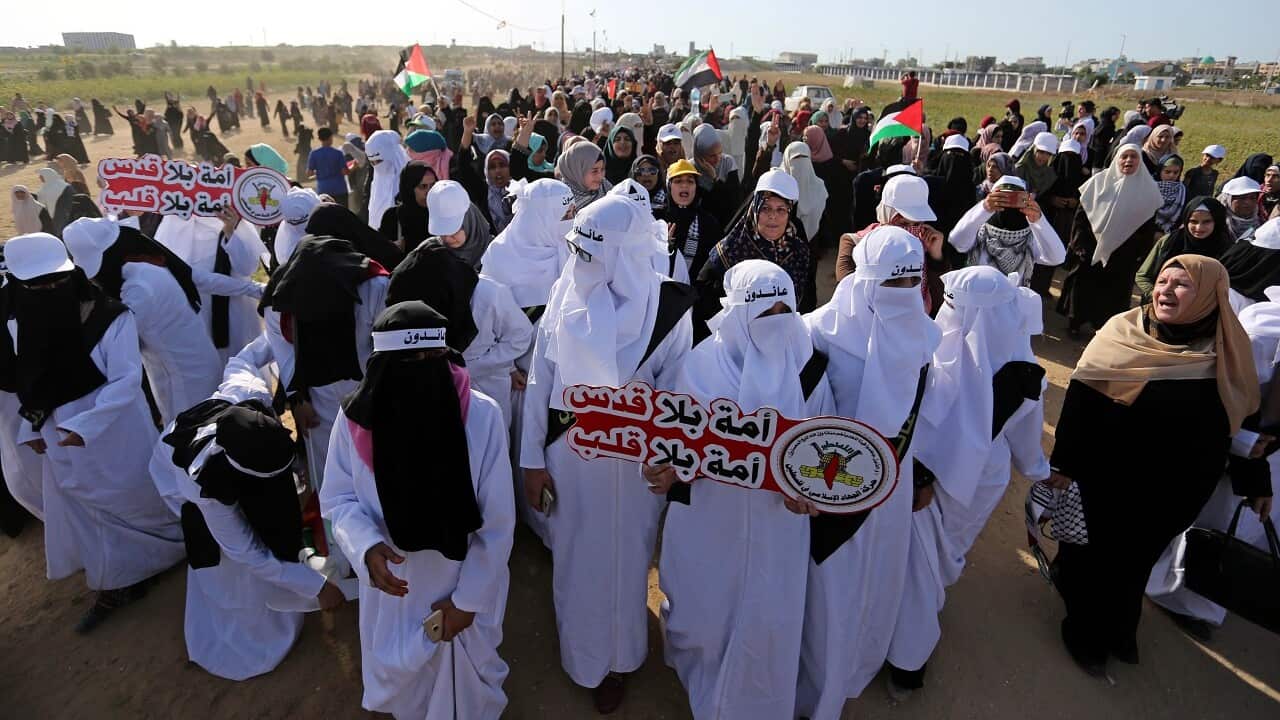 palestinians stage a protest within the "Great March of Return" demonstrations near Israel-Gaza border in Gaza City, Gaza. Source: Anadolu

Since the end of March, Gazans have been demonstrating along the heavily guarded frontier in protest at Israel's decade-long blockade of the territory and in support of the Palestinians' right to return to lands they fled or were driven from during the war surrounding the creation of Israel in 1948.

On Tuesday, women arrived in buses from across the enclave, many accompanied by their children, AFP correspondents said.

They moved in groups to within 50 metres of the fence that divides the Gaza Strip from Israeli territory, they reported.

"I came to finish the march that my daughter had started," Rim Abu Irmana said, waving a picture of her 15-year-old daughter, Wasal, who was killed by Israeli gunfire on May 14.

"These demonstrations are peaceful. We are only defending our land and our rights," added the 43-year-old, holding the hand of her young son.

Since the protests and clashes broke out along the Gaza border on March 30, at least 138 Palestinians have been killed by Israeli fire.

The majority were involved in protests and clashes but others were seeking to breach or damage the border fence.

No Israelis have been killed.

The demonstrations peaked when at least 62 Palestinians were killed as thousands approached the border fence in protest at the US decision to move its embassy to Israel from Tel Aviv to the disputed city of Jerusalem on May 14.

Israel insists the whole of Jerusalem is its "eternal indivisible capital" but the Palestinians claim the eastern sector, which Israel occupied in the Six-Day War of 1967 and later annexed, as the capital of their future state.