Rallies and vigils have been held to commemorate the Nakba across Australia, with thousands showing up in solidarity with Palestinians. 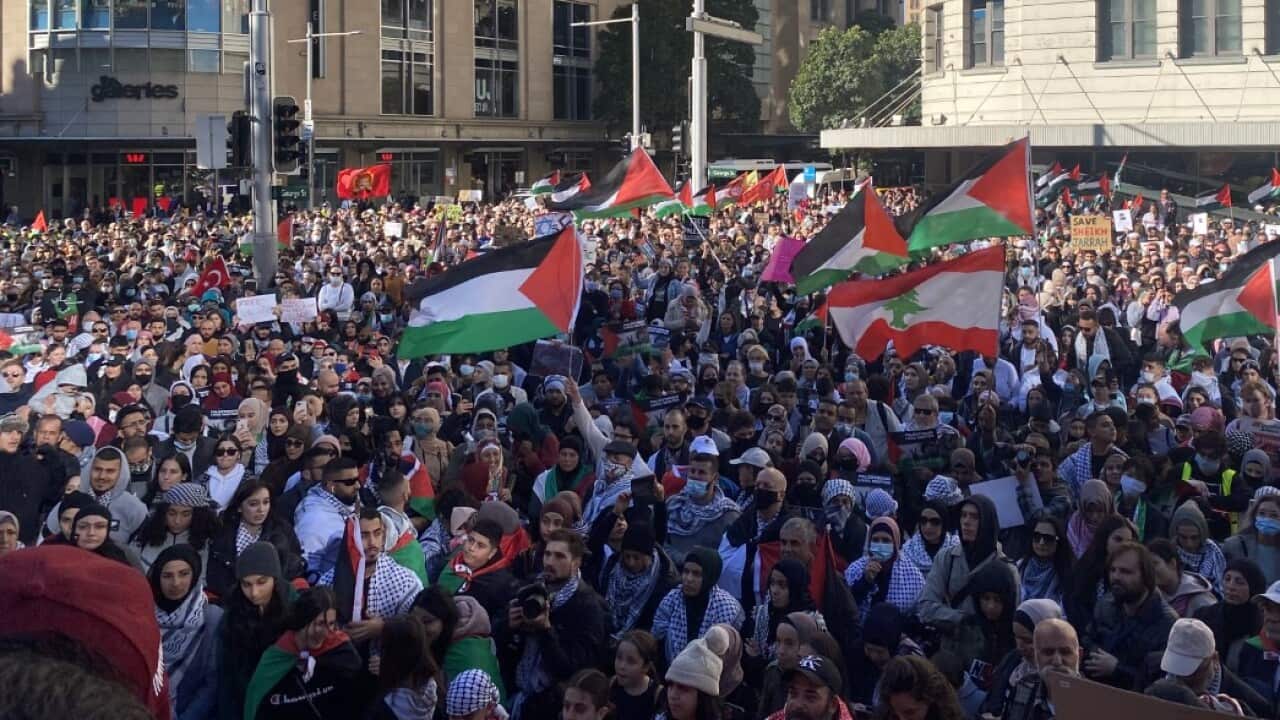 Thousands of people have gathered in cities across Australia to commemorate the Nakba and rally in solidarity with Palestinians
in the wake of renewed violence in Gaza
.

The Nakba, also known as the Palestinian Catastrophe, marked when hundreds of thousands of Palestinians were expelled from their homes following the creation of Israel in 1948.

Rallies and vigils were held in Sydney, Melbourne, Adelaide and Canberra on Saturday, where pro-Palestinian protesters reflected on and condemned the recent violence in Gaza and the West Bank.

Eight people, including two children, have died in Israel, according to Israeli authorities.

"The situation is very bad. We have seen the devastating bombings that have been happening, which made us come here," one protester told SBS News at the Sydney event at Town Hall.

Georgette, a 78-year-old Palestinian who did not give her last name, said Israel had dispossessed her people from their country.

"They took our land and this is why we are upset," she said.

"It has been generations of secular colonial violence against the Palestinian people and it has to end," she said.

It follows a series of pro-Palestinian protests this week in Bangladesh, Turkey, Belgium, Lebanon, Greece and more.

Nakba demonstrations are also expected to take place in other countries across the world this weekend.

The German government on Friday expressed solidarity with Israel, with political leaders attending a synagogue service.

Jeremy Issacharoff, ambassador of the State of Israel to Germany, speaks at a prayer service in solidarity with Israel at the Berlin-Wilmersdorf synagogue Source: DPA

Germany has seen scattered demonstrations this week over the escalating conflict in Gaza, with pro-Palestinian protesters shouting anti-Israel slogans and burning Israeli flags.

Steffen Seibert, a spokesman for Chancellor Angela Merkel, condemned what he called the "anti-Semitic" protests.

"Anyone who uses such protests to scream their hatred of Jews is abusing the right to demonstrate. Our democracy will not tolerate anti-Semitic demonstrations," he told reporters.