Thousands turn up to ‘Invasion Day’ protests in major cities

There were big turnouts for marches in major cities today to protest what many in the Indigenous community call ‘Invasion Day’. 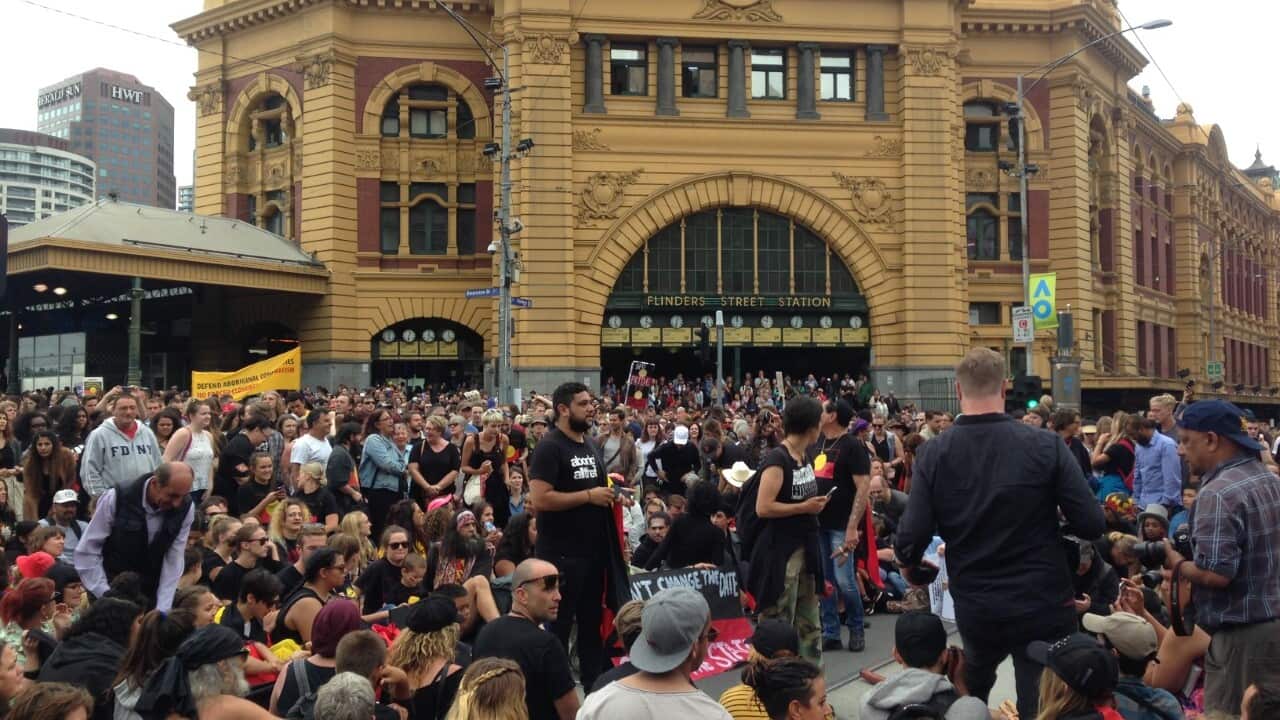 More than 2000 people converged the Block in inner Sydney for the ‘Invasion day’ protest.

The event kicked Thursday morning with a minute of silence, followed by a series of fiery speeches.

Advertisement
Protest organiser Elizabeth Jarrett said January 26 is not a day for celebration.

“Today is a day of mourning for me, it's a day of remembrance, 229 years of invasion,” she said.

One local Indigenous family, the Patten family, were proud to be representing four different generations of activists.

Cecilia Patten is a descendent of celebrated activist and journalist Jack Patten and believes we the continuing effects of colonisation must be recognised.

“I think that's an entry point for a lot of people, changing the date.”

“We're still suffering today from it, that's why I'll keep fighting and I'll keep coming to these things because I want better for the next generation just like my grandfather done for me,” she said.

Across the country protests shut down streets in most major cities. One of the biggest turnouts was Melbourne with a crowd of tens of thousands estimated.

In Canberra protesters marched on parliament house and camped out on the steps, chanting on loudspeakers and calling for a treaty.

ImageChange the Date: A strong concern

A common concern at protests across the country was the question of whether the date of Australia Day should be changed.

“It would be a way of recognising the fact that the history of the country hasnt been told,” he said. “I would go for 25th of December!”

But First Nations Programming Director for the Sydney Opera House, Rhoda Roberts, said while she isn’t a fan of the way Australia Day is celebrated, the focus should be on putting Indigenous perspectives at the centre of the conversation on January 26.

“I mean it's about jingoism, boardies the Australian flag and people wearing shorts and having barbies,” she said.

“No problem with that, of course do what you do but understand that this country plays host to the oldest living race on the planet.”

“Jan 26 is the day that the nation celebrates, and I think we always need to be ensuring that they hear our side of the story and that we're always on the agenda,” she said.

For dancer and Bundjalung woman Amrita Hepi, it’s not enough to just change the date.

“Personally I just don’t want this day to be a day of celebration celebrating nationalism,’ she said.

“I think that's an entry point for a lot of people, changing the date.

“But can we just change the conversation around the day as well as changing the date? The date shifting is the first step, the next is to have a day of remembrance of what actually happened.”

One arrest in Sydney

Most protests were uneventful, but a woman and a police officer were injured when a scuffle broke out near Sydney's Central Station after a protester set a flag on fire.

The fire was quickly extinguished by police officers.

A 20-year-old man was arrested and taken to Redfern Police Station.

Related
New citizens pledge to 'give back' to Australia