South Australian Premier Steven Marshall has criticised the conduct of two departing cabinet ministers who were implicated in a scandal over parliamentary allowances. 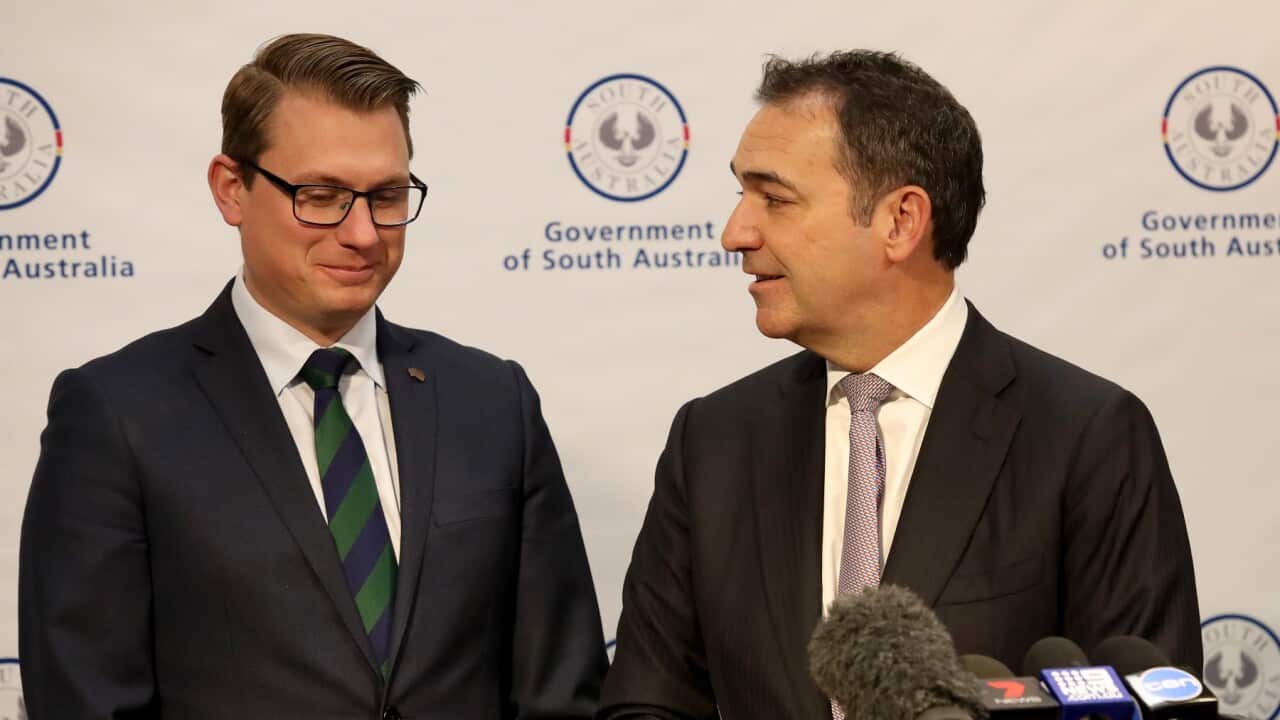 South Australian Transport Minister Stephan Knoll and Primary Industries Minister Tim Whetstone have quit their cabinet positions after being embroiled in a scandal over parliamentary allowances.

Premier Steven Marshall says Trade Minister David Ridgway will also quit the ministry after previously indicating he would not serve in a reshuffled cabinet.

Advertisement
Mr Marshall says he has accepted the resignations, describing the allowances issue as an "unacceptable distraction" for the government.

"We've got to be focused 100 per cent on the health and the economic issues associated with this coronavirus," the premier said.

"This was a distraction that was not going to go away.

"These ministers have recognised this. They have been accountable."

Mr Marshall said he still genuinely believed there had been no deliberate dishonesty on behalf of any members of his team.

Mr Knoll and Mr Whetstone were the highest-profile MPs caught up in the row over incorrectly claiming accommodation allowances.

Under current rules, country MPs can be paid $234 a night for when they leave their electorates and visit Adelaide on parliamentary or other work-related business.

Claims for the past decade were tabled in parliament last week revealing errors among tens of thousands of transactions.

Mr Whetsone paid back about $7000 wrongly claimed while Mr Knoll admitted to finding three errors but opted to return everything he claimed since 2018, more than $29,000.

Also caught up in the row was upper house president Terry Stephens who Mr Marshall said had indicated he would quit that role at the next sitting of the parliament in September.

Last week, Independent Commissioner Against Corruption Bruce Lander said he would investigate all the allowance claims over the past 10 years.

The premier will take over the trade and investment portfolios, Deputy Premier Vickie Chapman will be sworn in as primary industries minister while Treasurer Rob Lucas will add transport and local government to his responsibilities.

Mr Marshall said those arrangements would remain in place until a cabinet reshuffle was finalised in the coming days.