A three-year-old girl in New Delhi was raped by her 40-year-old neighbour on the sixth anniversary of a fatal gang rape on a bus, police say. 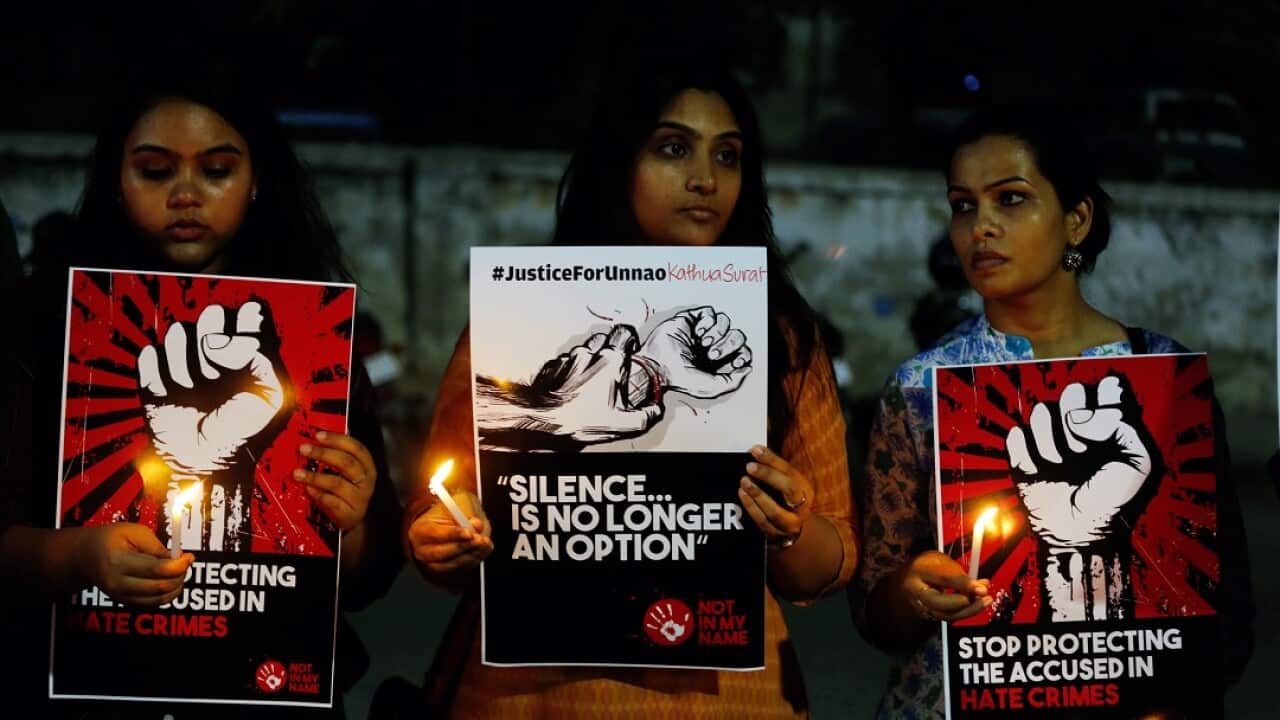 There have been ongoing protests in India over the rape of women and girls. Source: AAP

A three-year-old girl is in critical condition after she was raped by her neighbour in the Indian capital, police and officials said.

The suspect, a 40-year-old security guard, who lives in the same locality in south-west Delhi as the child, has been arrested, area police chief Anto Alphonse said.

"The girl was found unconscious and bleeding profusely in the area after the assault on Sunday afternoon. She was rushed to a local hospital where she underwent surgery," another police official said.

"The locals beat up the guard who was later arrested. We have registered a case of rape under the Protection of Children from Sexual Offences Act, under which a death penalty could be handed to the suspect," he added.

The crime occurred on Sunday, the sixth anniversary of the fatal gang rape of a student on a bus in New Delhi which led to a massive public outcry and tougher laws.

Swati Maliwal, who chairs the Delhi Commission for Women, said the girl, a daughter of daily-wage labourers, was battling for her life at the hospital.

Despite stricter laws and measures to increase security, a high number of crimes against women and children continue to be reported every year in India.

There were more than 36,000 cases of rape, sexual assault and similar offences against children recorded in 2016, according to data from the National Crime Records Bureau.