Timeline: How the Sydney siege unfolded

Here is a timeline of how the Lindt cafe siege unfolded in Sydney on December 15-16, as it emerged from the first day of the inquest. 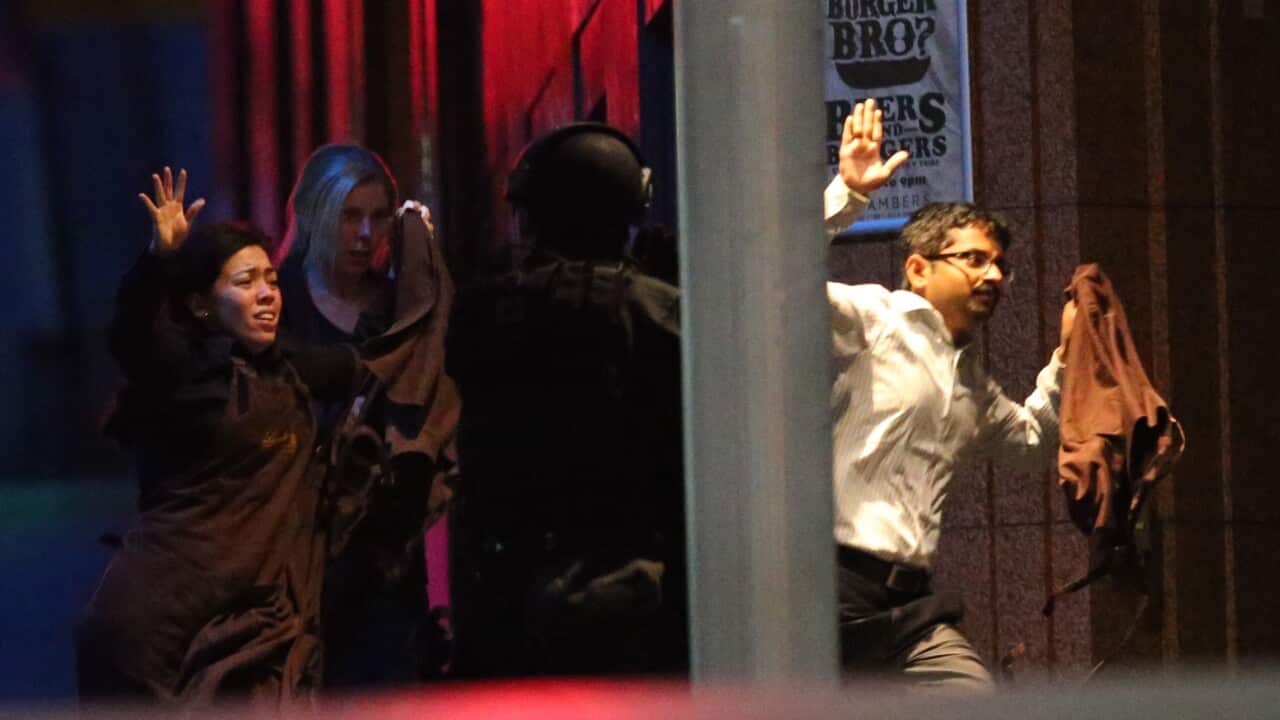 Hostages run towards armed tactical response police as they run to freedom from a cafe under siege at Martin Place in the central business district of Sydney, Australia. (December 16, AP)

* He eats chocolate cake and drinks tea, then moves to a table with a view of the whole cafe

Advertisement
9.03am: Monis asks to speak to the manager.

* Tori Johnson sits down with Monis.

* Johnson says to a staff member something like, "I need you to get my keys - lock the doors - we're closed - everything is OK - tell the staff to be calm".

* The doors to the cafe are locked.

* Monis puts on a vest and a bandanna, stands up, produces the shot gun and declares, "This is an attack. I have a bomb".

* He orders staff and customers to move to northern wall of the cafe.

* Monis orders hostages to hold a flag described as being Islamic up to the windows.

* Johnson says radio bombs are in Martin Place, Circular Quay and George Street, which later proves to be false.

* Johnson tells the operator he has a gun pointed at him, Monis has taken him and others hostage.

9.46am: Police acknowledge the incident

* Siege is treated as a possible terrorist attack.

* Monis had told his 18 hostages he has a bomb in his backpack, which he holds on to throughout the siege.

Some of the hostages escape

* Monis fires his gun, striking the wall above the cafe door

Very early AM: Monis fires his gun, striking the wall above the cafe door

2.14am: Monis forces Johnson to kneel on the floor of the cafe and shoots him in the head. Johnson dies.

* Shooting witness by police marksman who calls it in.

* Police force entry to the cafe, shattering the glass windows and doors

* Monis returns fire, shooting shotgun once or twice at the entry team.

* Hostage Katrina Dawson is struck by six fragments of a police bullet or bullets, which ricochet from hard surfaces into her body.

* One fragment strikes a major blood vessel. She loses consciousness and dies.

* Three other hostages and one tactical operative are hit by ricocheting bullet fragments.