Experts have told a parliamentary inquiry that if the Greater Sunrise oil and gas field is not developed East Timor may become a failed state or aid dependent. 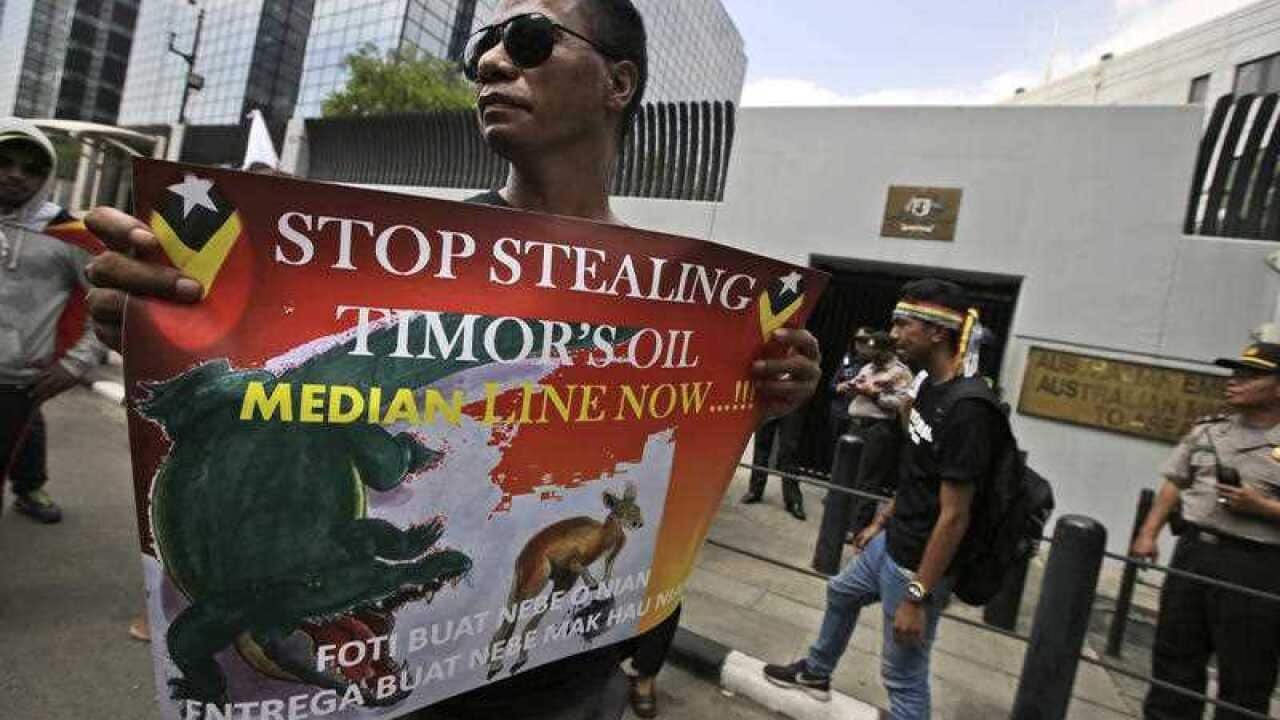 Experts say East Timor’s termination of a treaty with Australia splitting the revenue from a huge oil and gas reserve could harm its capacity to develop. (AP) Source: (AP Photo/Dita Alangkara)

East Timor's decision to rip up a treaty with Australia on the carve up of future revenue from Greater Sunrise oil and gas reserve in the Timor Sea could make it an "architect of its own demise", experts have told a parliamentary inquiry.

In January, East Timor announced it wished to terminate the treaty which split future revenue 50-50 with Australia and put a 50-year moratorium on a permanent maritime boundary.

Greater Sunrise is estimated to hold nine trillion cubic feet of gas and 300 million barrels of condensate and liquefied petroleum gas worth about $53 billion.

Advertisement
Federal parliament's joint treaties committee is examining amendments to the Treaty on Certain Maritime Arrangements in the Timor Sea so that it can terminate on April 10.

A hearing in Canberra on Tuesday was told a major factor in the decision to walk away from the treaty was East Timor's desire for a pipeline for processing resources on its shores, rather than a floating platform, as previously proposed by Woodside Petroleum, or a pipeline to Darwin.

She said there were some indications East Timor was "resource cursed".

"To go back to the idea of the architect of its own demise, it's very possible that it could be," she told the hearing.

"This pursuit of independence may actually create a failed state in Timor Leste."

The hearing was told oil revenue made up 90 per cent of East Timor's budget and roughly 80 per cent of the country's national income was derived from oil.

Oil from the Bayu-Undan field in the joint petroleum development area will be depleted by about 2022 and East Timor's petroleum wealth fund could be dry by 2025-2028.

"If there is no agreement on Greater Sunrise it will create an aid-dependent state," Dr Strating said.

"To achieve anything better than a 50-50 split, to put the whole of Greater Sunrise on the Timorese side of the line, that's drawing a long bow," Prof Schofield said.

Earlier, Department of Foreign Affairs and Trade officials told the hearing the treaty's demise would not impact on resource companies operating in the area.

Australia and East Timor governments are taking part in conciliation in The Hague over the ongoing maritime boundary dispute.

Woodside has put on hold plans to develop Greater Sunrise until there is certainty over revenue sharing between the two countries.

East Timorese go to the polls on March 20 with a possible run-off on April 20.