Prime Minister Tony Abbott has come under fire after being caught winking to a Melbourne radio host after a caller identified herself as a phone sex worker. 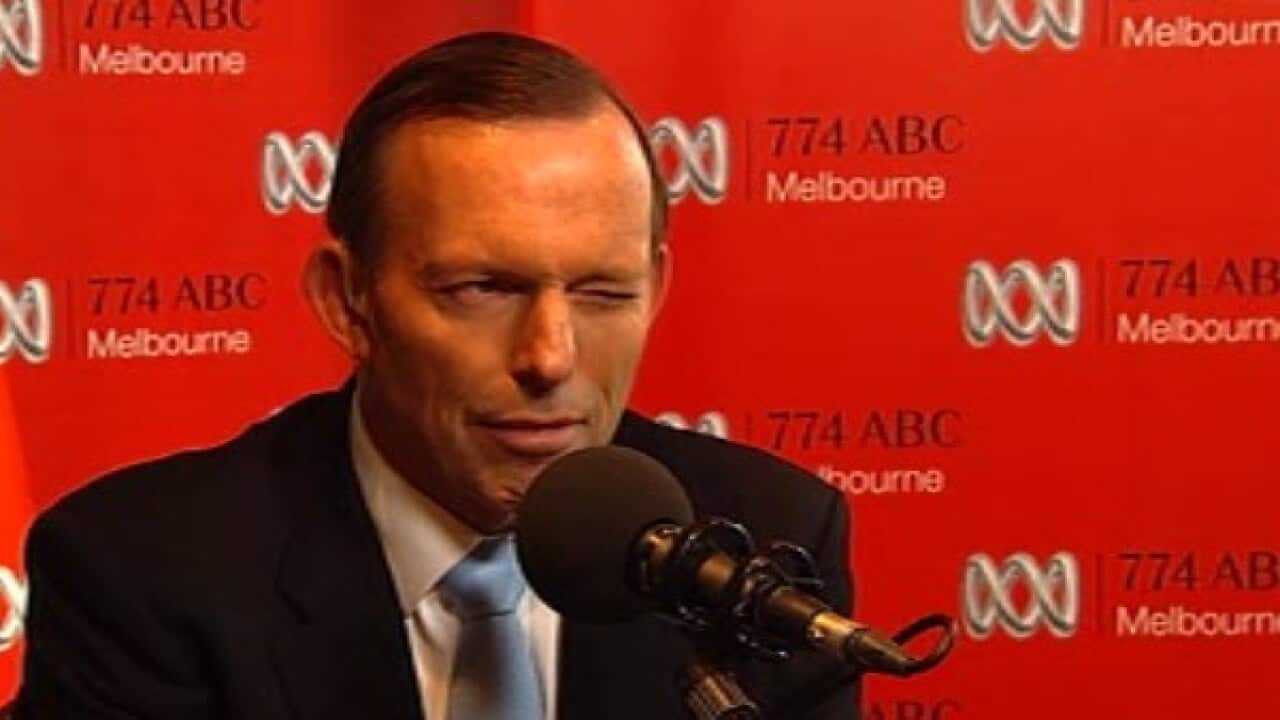 Tony Abbott has sparked online backlash after he was caught on camera winking while taking a call from a phone sex worker during an interview of ABC Radio this morning.

The caller expressed concerns about increasing costs about medical costs to Mr Abbott, who winked and grinned at the host before answering.

The reaction came as a surprise to the show’s producer, who took to Twitter shortly after.

Mr Abbott also used the interview to
defend his government’s first federal budget
, saying he was willing to “take a hit for the country’s sake”.

Mr Abbott said he was willing to take a hit in the polls in order to address budget issues.

"This budget is an act of political courage," he said.

"It is also an act of political necessity."

Mr Abbott said the Coalition was “absolutely upfront” on plans for schools funding, later defending changes to universities by saying that current students won’t be affected.

While others were unimpressed and outraged by the Prime Minister's actions. Journalist Tracey Spicer (@spicertracey) tweeted: "Tony Abbott, you are a disgusting creep."