Tony Abbott's daughter Frances has opened up about her support for marriage equality in a candid interview on behalf of the 'Vote Yes' campaign. 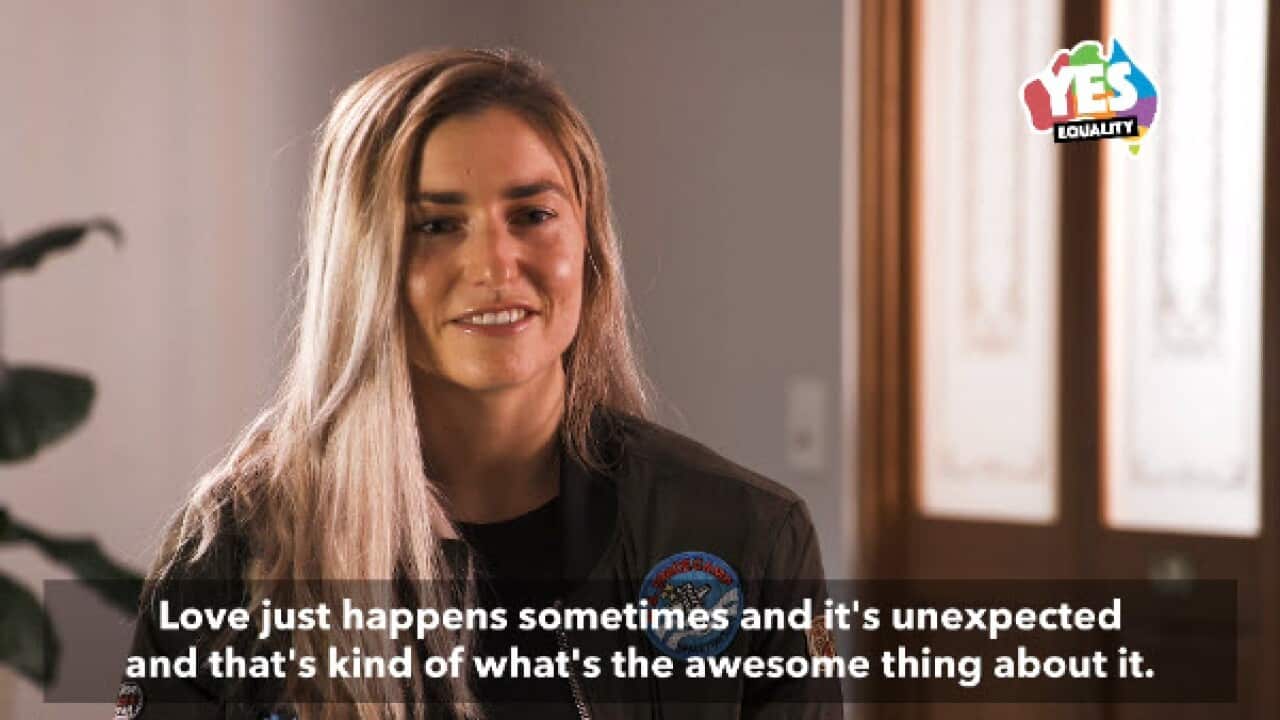 Frances Abbott - daughter of former prime minister Tony Abbott who is rallying behind the 'No' campaign - spoke in a video about the reason why she is supporting marriage equality.

Ms Abbott says she would love to be part of the change to allow her beloved Aunty Chris [Christine Forster] and her partner, Virginia, to marry in front of friends and family in Australia.

"I look at Aunty Chris and I don't think she planned to fall in love with Virginia," Ms Abbott says.

"This is why it really just doesn't make sense to me that it is not allowed.

"To see Aunty Chris marry Virginia, to do it here in front of friends and family, it would be so, so special and I am hoping that's what I get to be a part of."

Ms Abbott caused a media stir when she posted a photo of her 'Yes' ballot on Instagram, despite her father's high-profile support for the 'No' campaign.

The 26-year-old mentioned the divide on same-sex marriage issues within her family, but says her parents raised her to stand up for her beliefs.

She insisted that while she does not want to get involved in politics, marriage equality transcends the issue.

"Well I think it's well known that within my family we have people that sit on the other side of the fence," Ms Abbott says.

"My mother and my father raised me to stand up for what I believe in. I posted that video on Instagram to show this is what I think is right. In my post I said I'm not interested in politics, but this is more than politics.

"What this comes down to is love."

The 'Vote Yes' ad comes as support for same-sex marriage has fallen ahead of a national survey, according to Newspoll.

The proportion of voters who support same-sex marriage now stands at 57 per cent, compared to 63 per cent in August and 62 per cent in September last year.

About nine per cent are uncommitted.

Newspoll, published in The Australian on Monday, collated its results from a survey of 1695 voters polled across the nation over four days from Thursday.

Support for same-sex marriage was highest amongst Labor and Greens voters, at 70 per cent and 85 per cent respectively.

It comes as a new report from marketing analytics firm, Ebiquity, found that the Coalition for Marriage, which is a leading 'No' campaigner, spent more than $4 million on television advertising to date.

The Equality Campaign is believed to have spent around $1,97 million on television ads.