Too many cooks? Peter Dutton's options for cutting 457 visas

The government grants 140 temporary foreign worker visas each day, but has flagged imminent cuts to promote employment opportunities for Australians. SBS explores the options open to the Minister for Immigration and Border Protection. 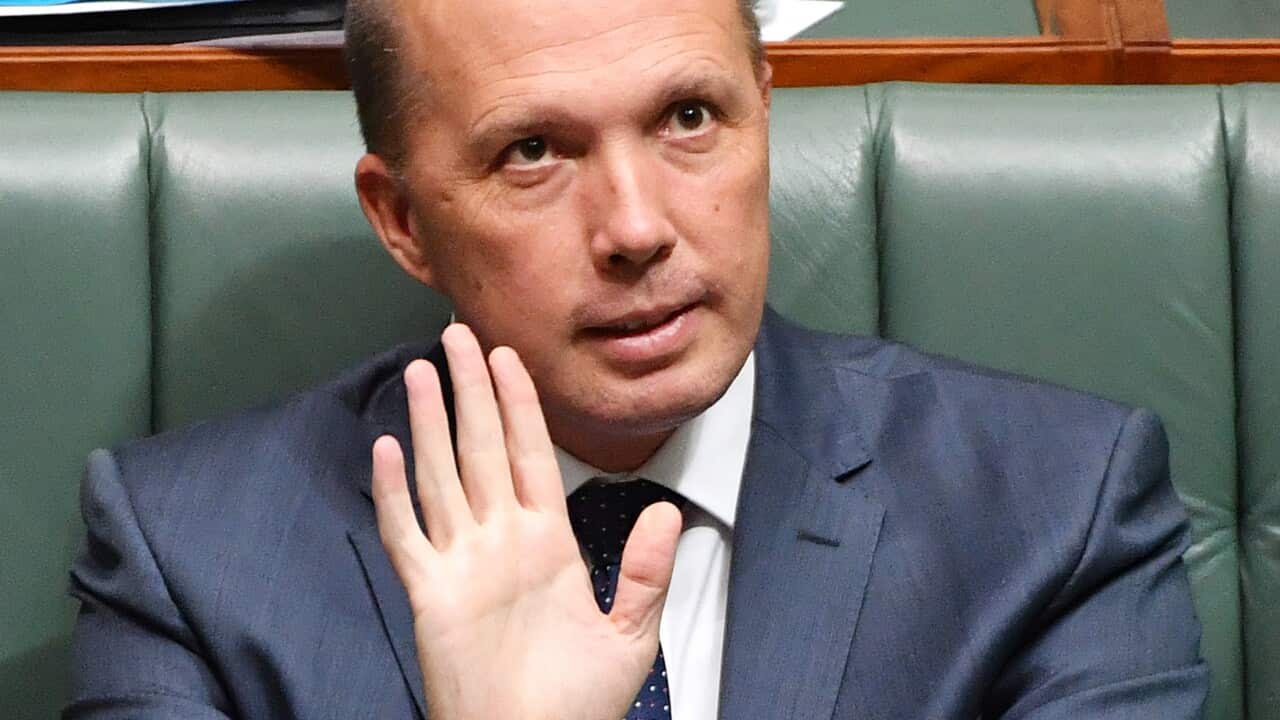 They "regulate" temperatures of ovens and "store food" in fridges, according to the duties listed in Australia's standard classification of occupations.

Their duties include "preparing", "seasoning" and "cooking" food. They may even "plan menus" and estimate food requirements.

Advertisement
They are the 4226 cooks brought to Australia under the 457 temporary foreign worker scheme since the start of 2015.

They also represent one of the most common occupations - as well as one of the more lower skilled - among the 651 eligible to be filled by 457 visas.

Immigration Minister Peter Dutton said early in March that he was still “working on” the 457 program, following a commitment last year that
he would be reducing the list of eligible occupations
.

The comments follow a major review into the migrant intake from the Productivity Commission released in September, a separate review into the 457 income threshold published in February and others undertaken outside government.

Additionally, the Ministerial Advisory Council on Skilled Migration is due to meet in late March to prepare guidance for Mr Dutton.

Broadly the 457 scheme is designed to offer businesses the flexibility of bringing in foreign workers if they can't find the workers they need locally, but it is not without critics.

The Productivity Commission questioned whether the scheme was "sufficiently targeted", accounts of worker exploitation have been common, and a report from the Committee for Economic Development of Australia called for stricter requirements for businesses to demonstrate a need to look overseas for hiring.

These are four approaches for reform open to Mr Dutton.

The Minister has already flagged reforms based on occupation, claiming the government will be "tightening" the Consolidated Sponsored Occupations List (CSOL).

Almost all 457 visas are granted for one of the 651 jobs on the CSOL. In order to hire someone on a 457 a business is required to demonstrate it has tried to find a local worker and pay fees starting at around $1,000.

For every occupation that Mr Dutton cuts from the list, Australian businesses can no longer employ temporary foreign workers in that category of job - even if they can’t find someone locally.

In such a scenario, a business might be more inclined to hire a less experienced worker and train them up.

Australian National University migration researcher Henry Sherrell said that with fewer than 100,000 457 visas in the national labour market of more than 11 million, the argument that jobs removed from the 457 list could be filled by Australians was "tenuous".

Most 457s are granted for jobs requiring advanced skills and extensive experience, classified as 'skill level 1', 'skill level 2' or 'skill level 3' by the national standard.

The lowest of these is level 3, under which 14,000 foreign workers have been imported since the start of 2015. It's commensurate with a Certificate III qualification from TAFE with two years on-the-job training. Cooks are classified under this skill level.

The accommodation and food sector is the largest user of 457 workers on skill levels 2 and 3.

The most popular occupation without a skill level that remains available under the 457 program is 'skilled meat worker'. This class of worker is not recognised by a skill level in the standard list of occupations, but can be brought into Australia through the meat industry labour agreement.

This arrangement, negotiated between industry, workers' representatives and the government, provides a way for meat processing companies in regional areas to bring in skilled meat workers from overseas on 457s.

Mr Dutton indicated he would adopt a regional approach to 457 reforms earlier this month.

He said "it's unimaginable that in areas where we might have 14, 15 per cent for example unemployment rate for young people, that we're allowing companies to bring foreign workers in," before claiming to have stopped the practice.

Directly comparing 457 grants with youth unemployment in small areas is difficult because the Department of Immigration uses outdated boundaries, but the below map layers one on top of the other.

In parts of Perth, Melbourne, Adelaide, Cairns and Townsville with high youth unemployment,
hundreds of temporary migrant worker visas have been granted by the government
since Peter Dutton became Immigration Minister in late 2014.

According to Dr Joanna Howe from the University of Adelaide the more significant problem for youth employment with the current immigration system is the "back door low-skilled visa work scheme" through the working holiday maker program and the international students program.

"Australia’s employers in restaurants, cleaning and horticulture rely heavily on these visa types and there’s no labour market testing, so there’s no requirement for employers to offer that job to local workers first," she said.

The regional impact of the immigration program is also affected by the 187 visa program, which offers an accelerated pathway to permanent residency for foreign workers prepared to live in areas outside major metropolitan centres.

Another possible approach to encourage more opportunities for local workers is to make 457s more expensive.

Workers on 457s are required by legislation to be in a role that provides pay and benefits worth at least $53,900 per year, though this threshold has not grown with inflation since 2013.

Mr Sherrell argues a more sensible approach to reform than cutting occupations may be to review the salary level of 457s and the type of employer making the application.

"Regardless of what the occupation is, if it's a nomination at the minimum salary threshold or in that ballpark, that's a risk flag."

Any increase in the income threshold will place an additional financial burden on employing businesses.

A table showing the proportion of successful applications for 457 visas for low-paying occupations. Source: SBS / , Report from John Azarias

A review completed last year and released in February found that the income threshold should rise with inflation each year, but should not otherwise be increased.