From physics to bush medicine, the National Indigenous Science Education Program has been recognised with a top award. 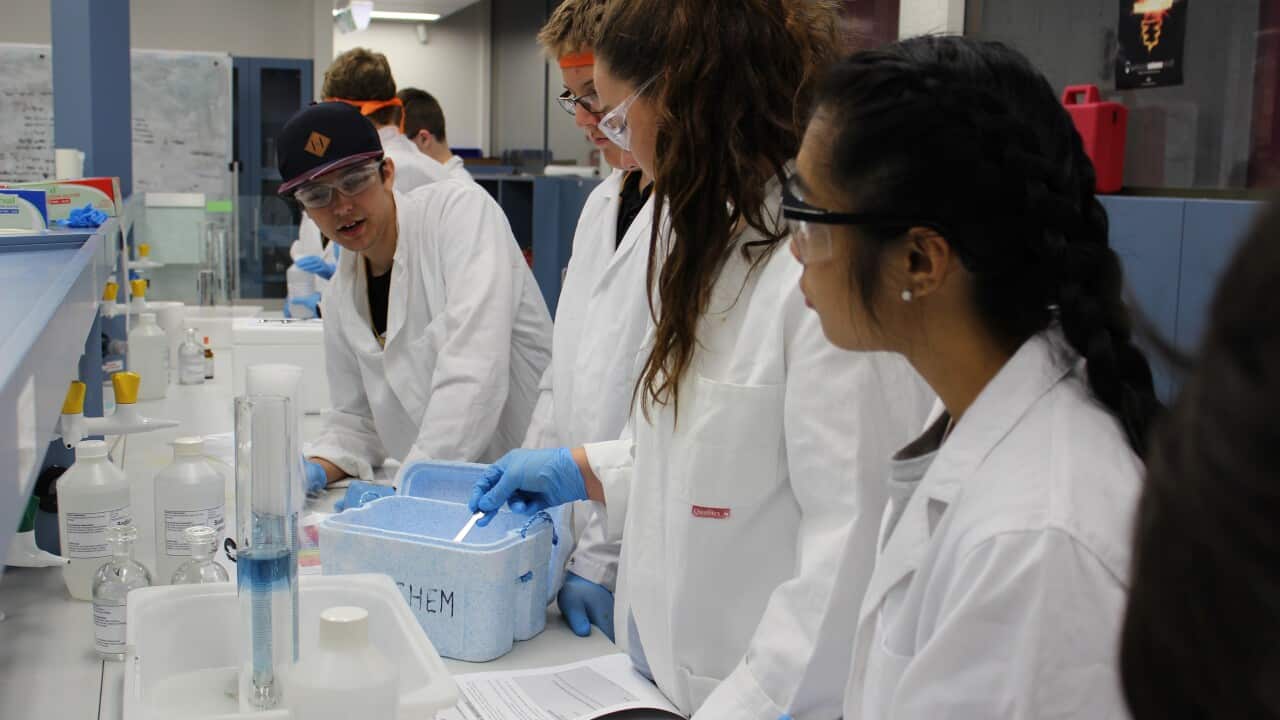 The National Indigenous Science Education Program (NISEP) has picked up the 2019 Eureka Prize for STEM Inclusion.

The program puts mainly Indigenous students in leadership roles in high schools and universities where they are trained to promote science-based activities to other students.

Advertisement
"When we talk about Indigenous STEM this is the deep knowledge that Aboriginal elders and Torres Strait Islander peoples have. And there is a whole host of knowledge that they have including such things as understanding bush foods and bush medicines," she said.

“So when we combine the wonderful knowledge that they have over the generations of use of plants, for example for the treatment of wounds, we can combine that with some of the science that I do that helps us understand what are the active ingredients in those plants," she said.

Ms Jaime said Aboriginal people have very deep knowledge across all areas of STEM, including the development of tools and mathematical concepts.

The program is a collaboration between the Yaegl and Bundjalung communities and Macquarie University.

Elders from these communities pass on their traditional knowledge to Indigenous and non-Indigenous students alike, who are then trained to share their knowledge with their classmates.

"We also work, not only with the students who are super-keen to be leaders, but also with the students that the teaching staff have seen maybe have been a little bit shy or maybe a little bit disengaged, because we want them all through being leaders to build self-belief and realise their full potential," professor Jamie

One of those leaders is William Frazer, a 20-year-old Bundjalung man originally from the NSW town of Casino.

He's now in his third year of a Bachelor of Law/Science degree which he said is a direct result of being involved in the program as a high school student.

"I think the science that I learned from the program was definitely an influence and helped break down those barriers as to what university was like, what science is like and what careers and studies that can lead into," he said.

He said it showed him that university education was a possibility for him.

“So I believe it definitely influenced my decision to study science at university and helped make that process a lot easier and more comfortable at the same time."

Mr Frazer said growing up, he often heard older members of the community talking about things like bush medicine, but it wasn't until he was in the program that he saw how Indigenous science connected with Western science.

"You would always hear it informally in stories about the area and the climate and the significance of things like biodiversity, natural resources in the area. And I suppose being as heavily involved in NISEP as I was highlighted that link between culture, Indigenous culture and science," he said.

The program operates in 16 high schools in low socio-economic rural, regional and metropolitan areas, and in three universities.

Associate professor in Chemistry Paul Prenzler is involved in the program through Charles Sturt University in Wagga Wagga and said it had been a major success in the region.

"Giving the students the responsibility to be the leaders really brings out the best in them. We see students go from being rather shy and nervous to being really engaged and competent leaders," he said.