Toyota's exit from Australia not on government's head: Turnbull

Malcolm Turnbull says Toyota is ceasing car production in Australia in response to changes in market taste, not because of a lack of taxpayer financial support. 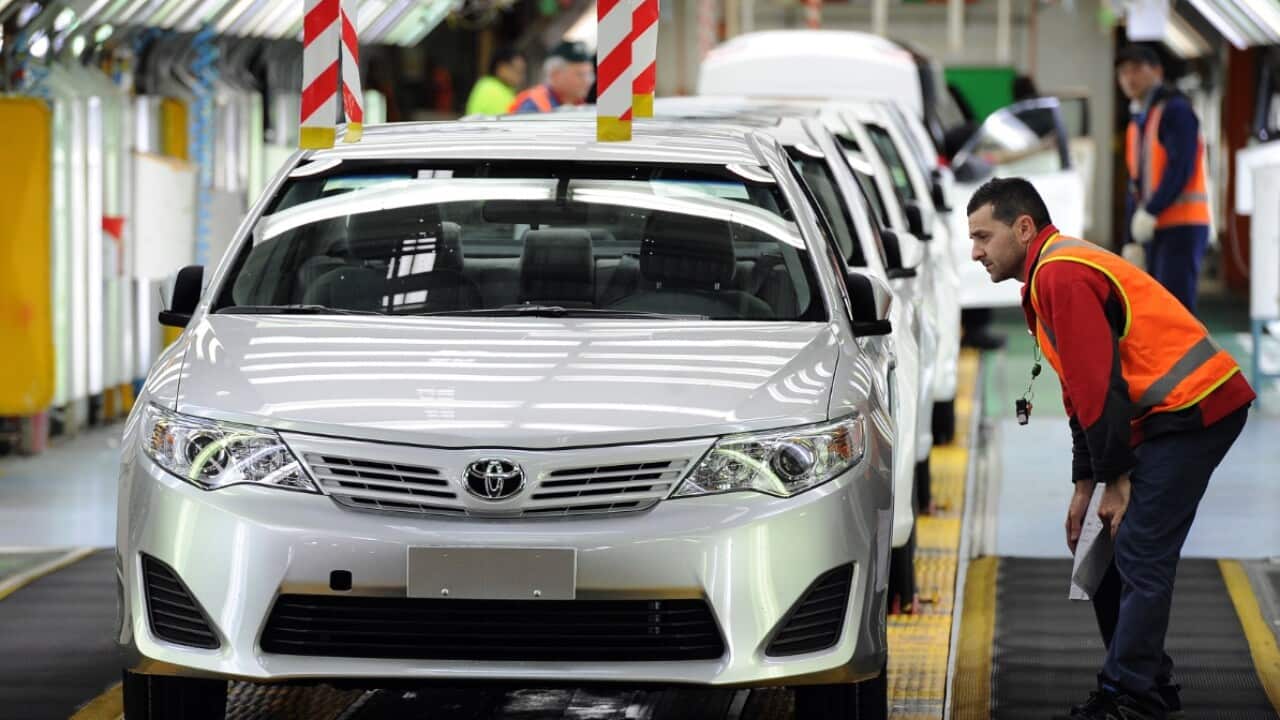 Toyota is stopping car production in Australia because of market changes, not the government's failure to back car manufacturers, Prime Minister Malcolm Turnbull says.

His comments came as the final Toyota rolled off the production line in Melbourne, leaving about 2600 workers without jobs.

Australia's car industry has enjoyed "enormous support" and received about $7 billion from the government since 2001, Mr Turnbull said.

Advertisement
"The manufacturers who have progressively closed their operations in Australia have made it clear that it's not because of a failure of government subsidies, it's because of changes in the market's taste," he told reporters on Tuesday.

"Turnbull and his government are insensitive and out of touch on a day when 2500 Toyota workers finish their jobs, for him to simply blame the car and the product, and not look at what the government could have done," Mr Shorten told reporters.

Toyota's last Camry rolled off the Altona North production line at about midday on Tuesday, and the company is holding an internal event to mark the end of an era.

"The Turnbull government's decision to push vehicle manufacturing offshore by closing local plants has been devastating for Victorian jobs," he said.