A transgender student has called out the prime minister over one of his tweets. 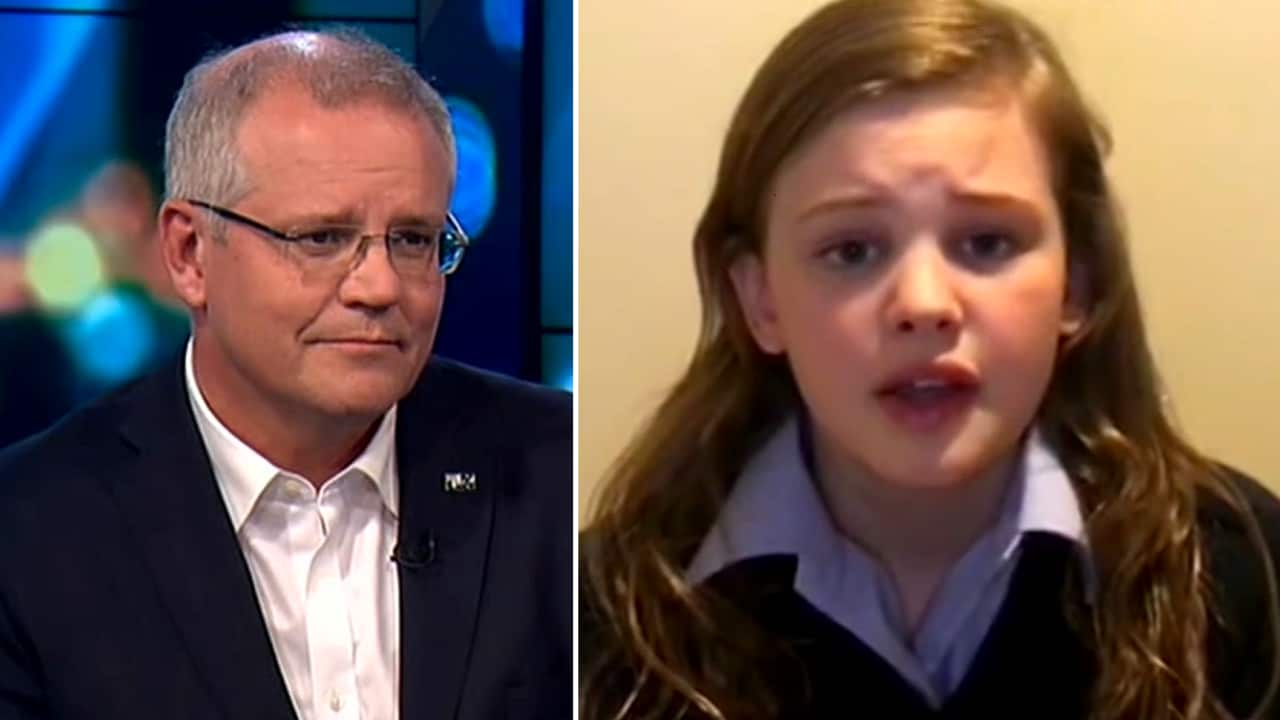 On Wednesday, Mr Morrison responded to a report saying teachers were being taught how to spot potentially transgender students by tweeting that schools don't need "gender whisperers" and we should "let kids be kids".

He went on to appear on Channel Ten's The Project on Thursday where the panel played a video of "one young viewer".

"My name is Evie Macdonald, I'm 13 years old and I'm a transgender kid. And this is what I want to say to the prime minister," Evie said.

"There are thousands of kids in Australia that are gender diverse. We don't deserve to be disrespected like that through tweets from our prime minister."

Evie said she knew "what it's like to be on the receiving end of attitudes like this".

"I went to a Christian school where I had to pretend to be a boy and spent weeks in conversion therapy. We get one childhood and mine was stolen from me by attitudes like this."

We get one childhood and mine was stolen from me by attitudes like this. Transgender student Evie Macdonald

In response, Mr Morrison said he loved "all Australians, whatever background they come from".

"I was referring to a practice that has been put in place in schools where others are coming into that conversation and making observations and getting between the role of a parent and that child," Mr Morrison said.

"The point I was making was simply this. I want kids to be allowed to be kids and I want parents to be respected as the parents of those children."

He said he didn't want to "see teachers taking the role of parents".

Mr Morrison sent the tweet in response to a Daily Telegraph article which claimed NSW teachers were being taught how to identify children who might be questioning their gender, after a "surge" in the number of children identifying as trans.

"Teachers [are] now being taught to spot potential transgender students in the classroom - with experts claiming the move has contributed to a 236 per cent surge in the number of kids wanting to change sex in the past three years," the News Corp newspaper reported.

The report claimed some Sydney schools had invited gender identity experts to public and private primary and secondary schools "under the guise of professional standards development" to educate teachers on how to identify such students.

But the story and Mr Morrison's response have since received significant backlash.

"Let kids be kids? That's exactly what we are doing... and a lot of that is letting children be themselves," counsellor and gender specialist Dr Elizabeth Riley, who was quoted in the article, told SBS News on Wednesday.

While same-sex marriage campaigner and executive director of Change.org Sally Rugg re-tweeted Mr Morrison's tweet with the caption "one in two transgender kids who aren't supported by their schools and families attempt suicide".