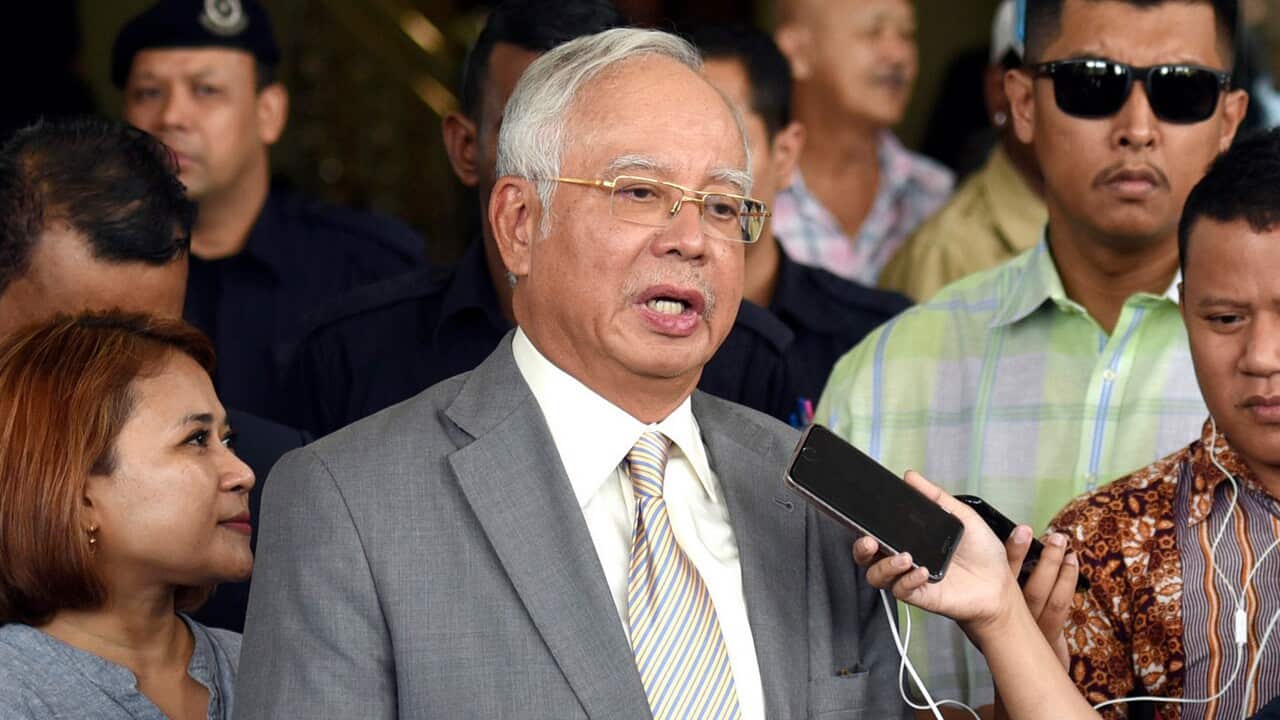 Najib had been set to face trial on Tuesday for his alleged involvement in a massive corruption scandal involving state development fund 1Malaysia Development Berhad (1MDB).

The fund is the subject of a sweeping international probe involving the governments of at least half a dozen countries - including Singapore, the United States, and Switzerland - over allegations that billions of dollars were misappropriated by high-ranking Malaysian officials between 2009 and 2014.

Advertisement
Najib, who was prime minister from 2009 to 2018, created 1MDB and was chairman of its board of directors until the fund was dissolved in 2016.