The trio allegedly jumped the fence at the Howard Springs facility near Darwin early on Wednesday. 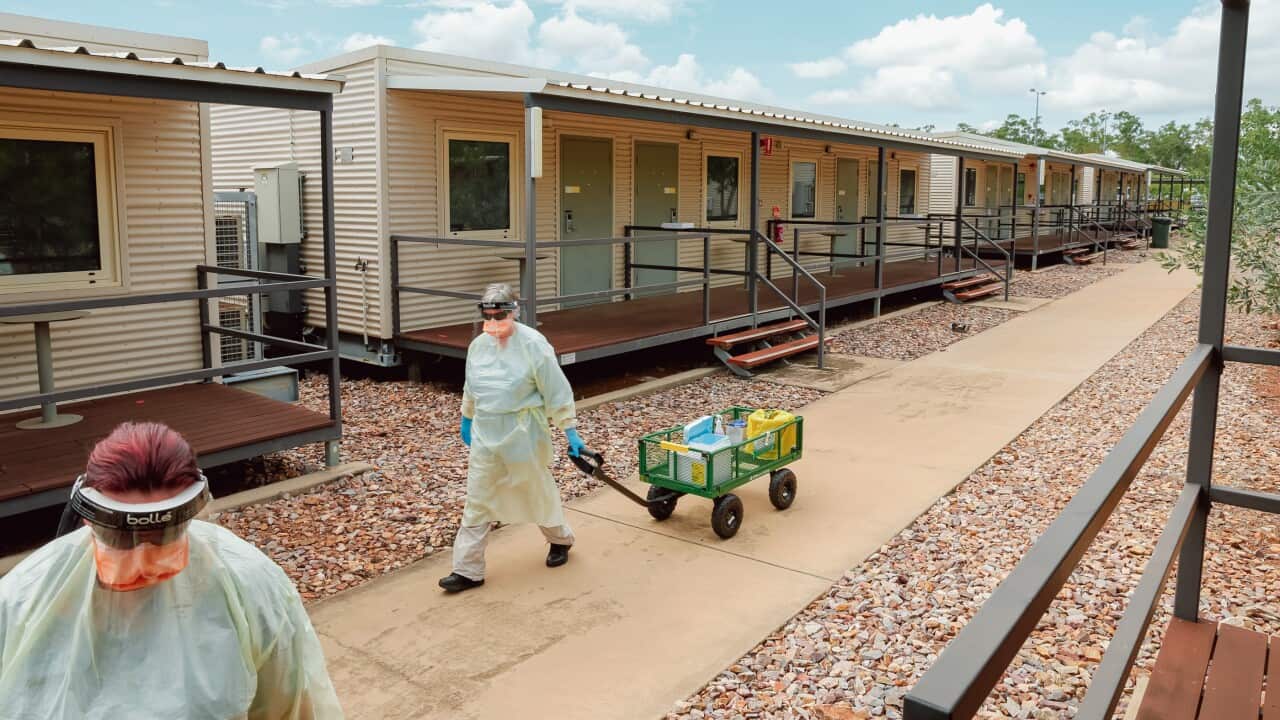 Three people who allegedly absconded from a Northern Territory COVID-19 quarantine facility near Darwin have been found and arrested.

Police say the trio jumped the fence at the Howard Springs facility about 4:30am on Wednesday and left the area.

They were found about six hours later and taken into custody.

Police did not say whether the trio was quarantined in the international arrivals area or the domestic part of the massive facility.

Earlier this week, a man in his 30s at Howard Springs was diagnosed with the new Omicron variant of COVID-19. Source: AAP

It is being used to quarantine Australians returning from overseas, some domestic arrivals and locals linked to an outbreak of COVID-19 which erupted across the NT last month.

An NT Health spokeswoman did not know how many people were currently quarantined at the facility.

As of Tuesday, there were 58 COVID-19 cases in the current cluster.

Many of the infected people and hundreds of close contacts are quarantined in the facility.

Earlier this week, a fully-vaccinated man in his 30s quarantined at Howard Springs was diagnosed with the new Omicron variant.

He had arrived in Darwin on a repatriation flight from South Africa last week and his positive result was confirmed on Friday.

The incident comes days after a man in his 20s escaped the facility over the weekend before jumping into a waiting car and heading to Darwin's nightlife area.

Currently, international arrivals on repatriation flights are required to quarantine at Howard Springs for 14 days.

Travellers who arrive on standard international flights into Darwin Airport are permitted to quarantine for seven days at their homes or another suitable location.