Malcolm Turnbull and Scott Morrison want voters to see their money is being put to concrete use. 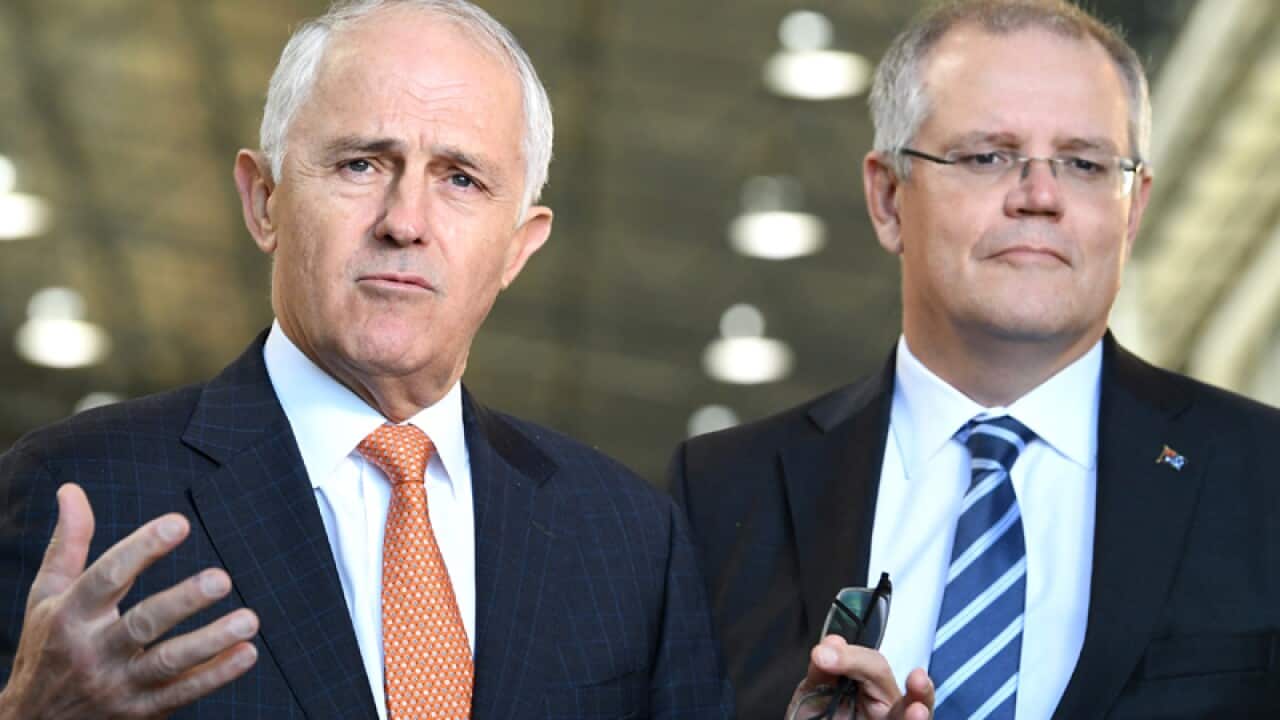 Malcolm Turnbull and Scott Morrison want voters to see their money is being put to concrete use. Source: AAP

In 1987, US presidential aspirant George Bush Snr was advised to spend a few days at Camp David thinking about where he wanted to take the country.

"Oh, the vision thing," he is reported as saying.

This year's federal budget is likely to be heavy on the "vision thing", as Malcolm Turnbull seeks to rewrite the government's narrative after a narrow election victory last year.

Advertisement
Treasurer Scott Morrison has given the prime minister scope to lay out the vision by changing the way in which government debt is talked about in the budget.

There will be "good debt" - money to be spent on big-ticket infrastructure and defence - and "bad debt", which goes to recurrent spending such as welfare and health.

Labor has been quick to describe it as "changing the goalposts", as the government's debt heads towards $500 billion.

In any case, it will be a budget where money is spent on "big things".

"This is a government that is investing big time in national economy-boosting infrastructure," the treasurer told a recent business forum.

With Sydney Airport Group rejecting first bid on building and operating the Western Sydney Airport, the government will unveil how it will build and pay for the facility in the budget papers.

The new airport will be supported by a multimillion-dollar "city deal" involving jobs, housing and infrastructure such as roads and rail services.

Already the government has agreed to two other city deals for Townsville and Launceston, and it's expected a process will be laid out for other cities to benefit.

Inland Rail - an ambitious plan to link Melbourne and Brisbane - has long been promised by both Labor and the coalition and is set to get a major shunt.

However the opposition fears proper process will be sidelined as the coalition seeks the biggest vote bang for each road and rail buck, overseen by a new financing unit based in the prime minister's department rather than the arm's length Infrastructure Australia.

All parties know infrastructure has the benefit of not only creating jobs and helping businesses get things from point A to point B, but winning the hearts and minds of voters in key regional and outer metropolitan seats where elections are won and lost.

It is precisely in these areas where Pauline Hanson's One Nation is building a support base.

Health is another issue weighing heavily on voters' minds.

Turnbull almost lost last year's poll when Labor ramped up its so-called Mediscare campaign in the dying days of the election and the opposition has kept up its attack on the indexation freeze, possible co-payments, more expensive medicines and cuts to X-ray bulk-billing.

Politically, the only way is up for the government if it decides to use the budget to ease some of its more contentious health measures.

On schools, Turnbull has harnessed the iconic David Gonski to undertake a review of how to best use extra spending while in the meantime promises a 75 per cent hike in funding over 10 years.

However Labor says the government's pre-budget announcement still represents a $22 billion cut over the decade on what the opposition would have delivered under its version of Gonski.

The government announced its universities policy before budget night, cutting $2.8 billion in funding to the sector while reducing the repayment threshold for student loans to $42,000 and gradually lifting fees by 7.5 per cent by 2021.

Turnbull and Morrison insist balancing the books by 2021 is still the government's aim, which will help keep the Triple-A credit rating in place.

It will also ensure the "vision thing" remains affordable.