Two deaths by suicide in just over a year at a privately run prison in Western Australia have led to calls for more support for at-risk Indigenous prisoners. 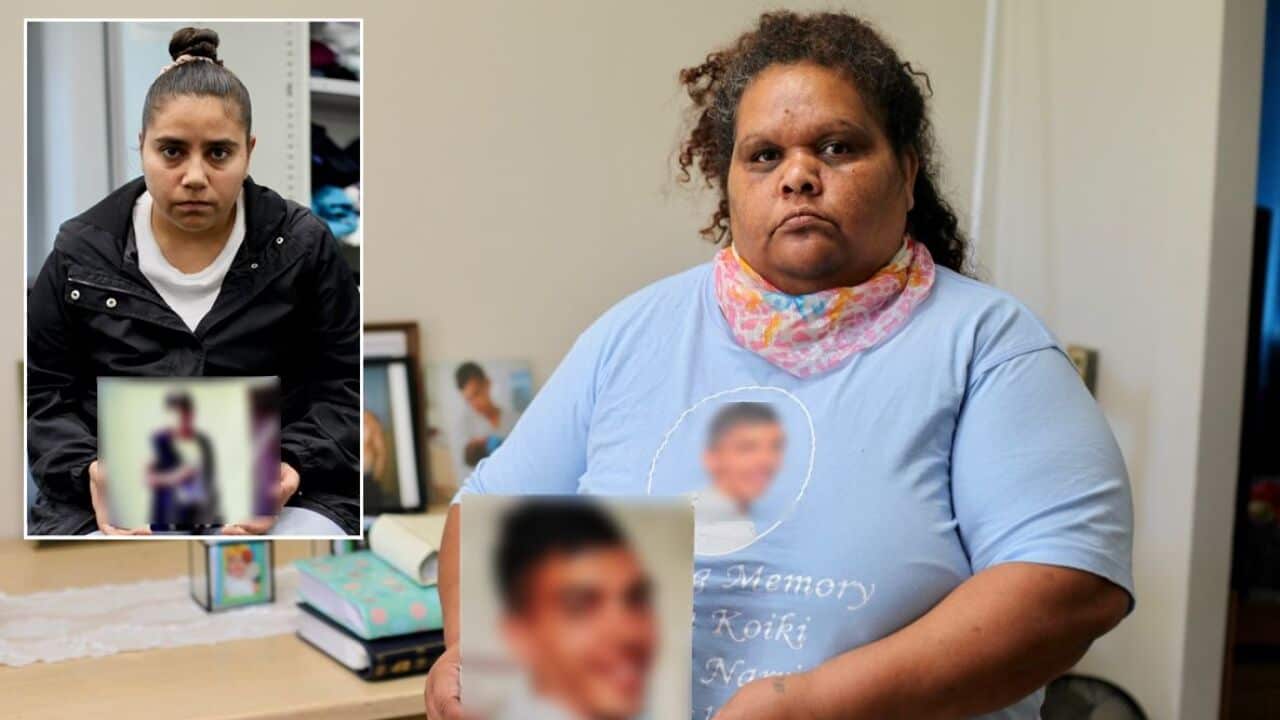 WARNING: Aboriginal and Torres Strait Islander readers are warned that this story contains images of deceased persons. It also contains references to self-harm and suicide.

“He was a human being, calling out for help. That’s the hardest thing for me as a big sister, to have to know that he was feeling alone in those moments and was able to go and take his own life,” she tells SBS News.

Advertisement
Stanley, a Noongar man, was an inmate at Acacia Prison in Wooroloo, a medium-security jail privately run by Serco on behalf of the WA Government.

SBS News understands he was serving his first sentence in an adult prison for several burglary related offences and was expected to be released in February 2021.

Jacinta, 31, says she became concerned that her brother wasn’t coping well with being in an adult prison for the first time. She says she called the prison to warn them of her concerns.

“They assured me that he would be put in self-care and that he would be monitored at all times. To me, I’m assuming they’re watching him, just making sure he couldn’t harm himself,” she says.

The WA Department of Corrective Services' policy framework for suicide prevention advises that prisoners identified as at risk of self-harm or suicide should receive increased monitoring, psychological intervention or be transferred to a safer environment.

While Serco declined to answer questions regarding the circumstances of Stanley’s death, SBS News understands he was placed into a crisis care unit at the prison in the days before his death.

But he was released back into the general prison population shortly after, where he made a suicide attempt.

“That’s why it's hard, because they were informed and never did I think he would stop being watched while he was feeling the way he was feeling,” Jacinta says.

In a statement, Serco confirmed that on Saturday 11 July, a 19-year-old male prisoner was found unresponsive in his unit at Acacia Prison.

“Attempts were made to revive the prisoner before he was transferred by ambulance to hospital. He sadly passed away [on the following Monday] in hospital,” the statement says.

“A coronial inquest will be held into the prisoner’s death, so it would be inappropriate to go into any specifics surrounding the case.”

When Jacinta visited her brother at the hospital in Midland, she says there was evidence he had self-harmed in the days before his death.

It’s the second time in a year that an Indigenous family has reportedly warned staff at Acacia Prison about the mental health of an inmate, only for that person to later die by suicide.

Karen Blanket visited the prison in late May 2019 and told staff that her 30-year-old son Jomen might take his own life.

“I got a phone call, where [my son] had rung me and said that he was going to hurt himself. So I did a flying trip up to the prison”, she says.

“They asked what my son’s name was and told me that he was in a care unit where he was watched 24/7. And I explained to them what he had said to me.”

She is still waiting for a coronial inquest. Source: Aaron Fernandes, SBS News

Jomen, a Noongar and Torres Strait Islander man, spent most of his 20s in and out of prison and was serving a sentence for assault-related offences.

Ms Blanket says she was assured her son would be supervised, but by mid-June WA police visited to inform her that her son had died by suicide, leaving behind three children all aged under nine.

She believes he died while still in the prison’s crisis care unit.

Ms Blanket is still waiting for a coronial inquest to be held to determine the circumstances of his death.

“They didn’t do their job properly, there was lack of duty of care. I don’t care what anyone says,” she says.

Acacia Prison was the first privately-run prison in Western Australia. It is owned by the WA Department of Justice which contracts management of the prison to Serco.

SBS understands that as part of the prison's services agreement, Serco is assessed on a range of performance measures including the number of prisoners involved in one or more acts of serious self-harm or attempted suicide within each operational year.

In a statement provided to SBS News, a spokesperson for the WA Department of Justice confirmed that Serco would be fined $207,000 as a result of Stanley’s death in July.

“It would be inappropriate for the Department of Justice to comment on the specifics of Serco’s management of the prisoner because those matters, and any other circumstances surrounding the death, will be examined by the state coroner during the inquest,” they added.

Serco is also participating in a WA Department of Justice review into the circumstances of Stanley’s death.

A
40-year-old Aboriginal prisoner
also died at Acacia Prison last month. He was found collapsed in his cell and is understood to have died from a medical condition.

His family, like both families that have lost loved ones to suicide at the prison, will wait for coronial inquests before the specific circumstances of the deaths are examined publicly.

The WA Department of Justice confirmed that in circumstances where an inmate has appeared to die in custody by suicide, the cause of death is initially classified as ‘apparent unnatural suicide’ at the facility level based on the information available. The death is only formally determined as a suicide by the coroner at the subsequent coronial inquest.

NITV: Renewed calls for at-risk inmates to be released from prisons

Fifty-nine of those deaths have already been the subject of a coronial inquest, with 22 determined by the coroner to have been suicides, including 21 males and one female.

A further 46 deaths in custody, of which 14 are Aboriginal, are pending coronial inquests and the cause of death is yet to be determined.

Questions are now being asked as to why these inmates weren’t moved to a hospital when the warning signs became known, and whether the facility is safe for those at risk.

The National Suicide Prevention and Trauma Recovery Project (NSPTRP) has been supporting families affected by the deaths and has facilitated visits to the prison.

“When a death like this happens, it impacts entire family networks, it’s devastating for all of them,” the NSPTRP's Megan Krakouer said.

Deaths in Custody Watch Committee deputy chairperson Mervyn Eades was included by the NSPTRP as part of a delegation granted permission to go inside Acacia Prison after Stanley’s death. He says the facility isn't safe for inmates considered high-risk.

“Coming out of the Royal Commission [into Aboriginal Deaths in Custody], all of the ligature points shouldn’t be there. I was astounded. I’ve been to many prisons across Western Australia, it was not good at all. Serco has a lot to answer to for that,” he says.

The day after Stanley’s death, a smoking ceremony was held at the prison with about 75 people, mostly other young Indigenous prisoners.

Many were friends of the deceased, both inside and outside of prison.

The WA Corrective Services Commissioner Tony Hassall met personally with Stanley’s family after his death and joined them on a separate visit to the prison.

For Jacinta, the grief of losing a brother is now burdened with a search for answers.

“Never did I think in a million years that my brother would go to jail and I would never see him again,” she says.