British Prime Minister Theresa May on Friday told European leaders that her March deadline for triggering Brexit negotiations "remains unchanged" despite a court ruling that she first needs parliament's approval. 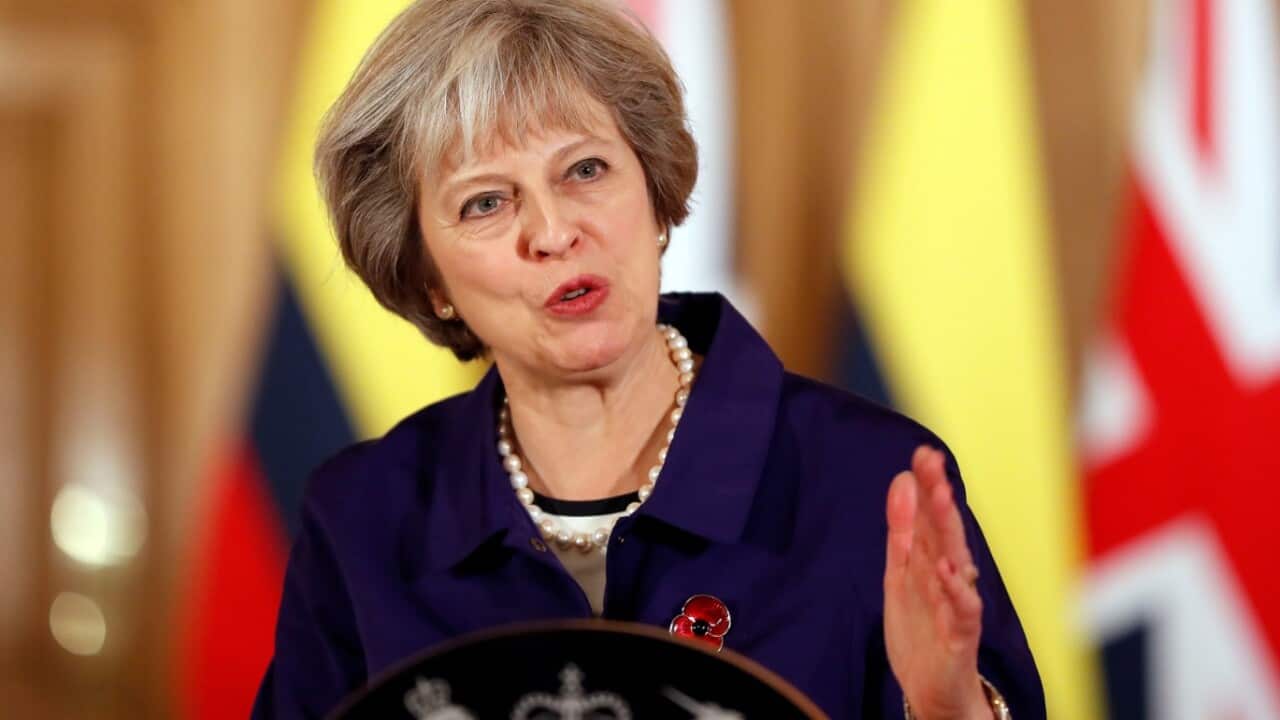 Prime Minister Theresa May during a media statement at 10 Downing Street in London. Source: AAP

May told European Commission President Jean-Claude Juncker and German Chancellor Angela Merkel that the "government's planned timetable for notification of Article 50 remains unchanged", during separate phone calls, according to a statement released by Downing Street.

She added the government was confident of winning its appeal of Thursday's High Court ruling that it must seek parliament's approval before starting EU exit talks.

"The PM explained to both Chancellor Merkel and President Juncker that while the government was disappointed with the judgement, it had strong legal arguments ahead of the case moving to the Supreme Court," the statement said.

Advertisement
The decision raises the prospect of a protracted parliamentary debate -- in a chamber that overwhelmingly opposed Brexit -- although EU leaders have urged a swift departure.

Lawmakers could also demand to know May's negotiating strategy and seek to maintain stronger ties with the bloc before agreeing to invoke Article 50.

Liberal Democrat MP Nick Clegg told BBC Radio Friday that he and other pro-EU lawmakers would "seek... to amend the legislation such that parliament would say to government it should pursue a soft Brexit, not a hard Brexit."

A so-called "hard Brexit" would see Britain pull out of the bloc's single market and impose tough immigration controls.

In a sign of the likely parliamentary storms ahead, Conservative pro-Brexit lawmaker Stephen Phillips resigned as an MP on Friday, citing "irreconcilable policy differences with the current government".

'Enemies of the people'

The resignation has fuelled mounting speculation of an early general election, though Downing Street maintains that polls should not be brought forward from 2020.

Speaking in Berlin, British Foreign Secretary Boris Johnson, who led the Brexit campaign, played down the impact of the High Court ruling.

The pound -- which has tumbled to multi-year lows since the referendum -- soared against the dollar and euro, standing at $1.25 during afternoon trading in London.

Meanwhile, the White House urged Britain and the EU to "continue to be flexible and work this out in a process that is smooth, pragmatic, transparent and productive" following the court ruling.

The court's decision sparked fury among newspapers that backed Brexit, accusing the judges of "betraying" the 17.4 million people who voted to leave the EU.

The Daily Mail carried pictures of the three judges above a front-page headline reading "Enemies of the People", while its leading article called the ruling "a betrayal of common sense, the people and democracy".

The Sun said in its editorial: "All our politicians... must ask themselves this: will they honour the biggest ballot box mandate in British history... or sniffily decide the little people cannot be trusted and thwart them?"

The pro-EU Guardian praised the judgement for putting parliament "back at the heart of the Brexit debate", but warned Remain supporters "not to get their hopes up" about its implications.

Most members of parliament wanted to stay in the EU, but commentators believe there is no majority support for reversing the referendum result.

The case challenged the government's right to use "historic prerogative powers" -- a type of executive privilege -- to trigger Article 50, which begins a two-year countdown to exiting the EU.

Robert Pigney, one of the claimants, told AFP that the ruling was "an immense victory for the British people".

But another complainant, businesswoman Gina Miller, was bombarded with abuse on social media after the hearing. Twitter user Mike Newcombe wrote that she "should be hung as a traitor to democracy".

Nigel Farage, the interim leader of the anti-EU UK Independence Party, said that any lawmakers who attempted to delay Brexit had "no idea of the level of public anger they will provoke".

"The British people are not simply going to let this incredible establishment arrogance lie," he wrote in Friday's Daily Telegraph.