Universities across the UK are offering seminars discussing 'people of colour' being 'systemically discriminated against'. 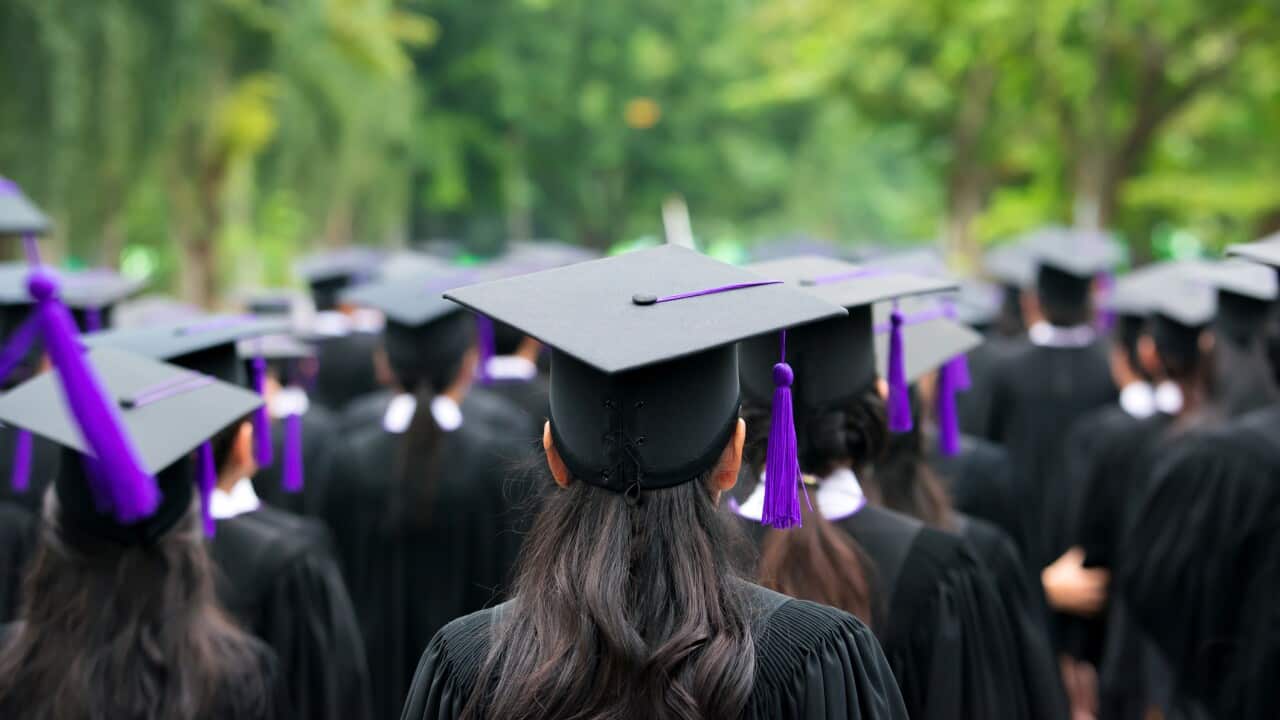 Back of graduates during commencement at university. Source: AAP

UK academics are being offered seminars about how to discuss the effect of "white privilege" on black and minority ethnic groups in their higher education classes.

The seminars examine topics such as identifying "whiteness" in society and higher education, while looking at how universities can create a "culturally responsive curriculum and teaching practices".

The Sunday Times reported a Q&A session in October last year at The University of Bristol, with the Black and Minority Ethnic Staff Advisory Group, which was called
Walking on the White Side of the Street
.

The talk was aimed at highlighting "white privilege as a structural phenomenon that impacts upon housing, education, health, and employment such that People of Colour are systemically discriminated against", according to the event's description.

The aim of the workshop was to achieve "good practice in supporting black and minority ethnic students in higher education".

Another workshop at the Anglia Ruskin University called Privilege: The Truth we don't tell ourselves discussed "facing our privilege in an honest manner and understanding exactly how we benefit from a racist system".

Discrimination against black and minority ethnic groups in the UK has been a topic of discussion over the last few years.

One of the UK's leading race equality think tanks, RunnyMede
Trust
, revealed in 2015 only 85 of 15,905 professors in the country's academia were black.

Furthermore, only 15 black academics in the British university system were working in senior management roles.

A 2016 UPP report said black students were 1.5 times more likely to drop out of higher education than white and Asian students in the UK.

Up to 10.3 per cent of black students dropped out of university.

A University and College Union study also claimed high levels of discrimination in colleges and universities following a report in 2016.

In 2014, a campaign titled Why is My Curriculum White started at the University College of London attempted to highlight the lack of diversity in the UK education system.