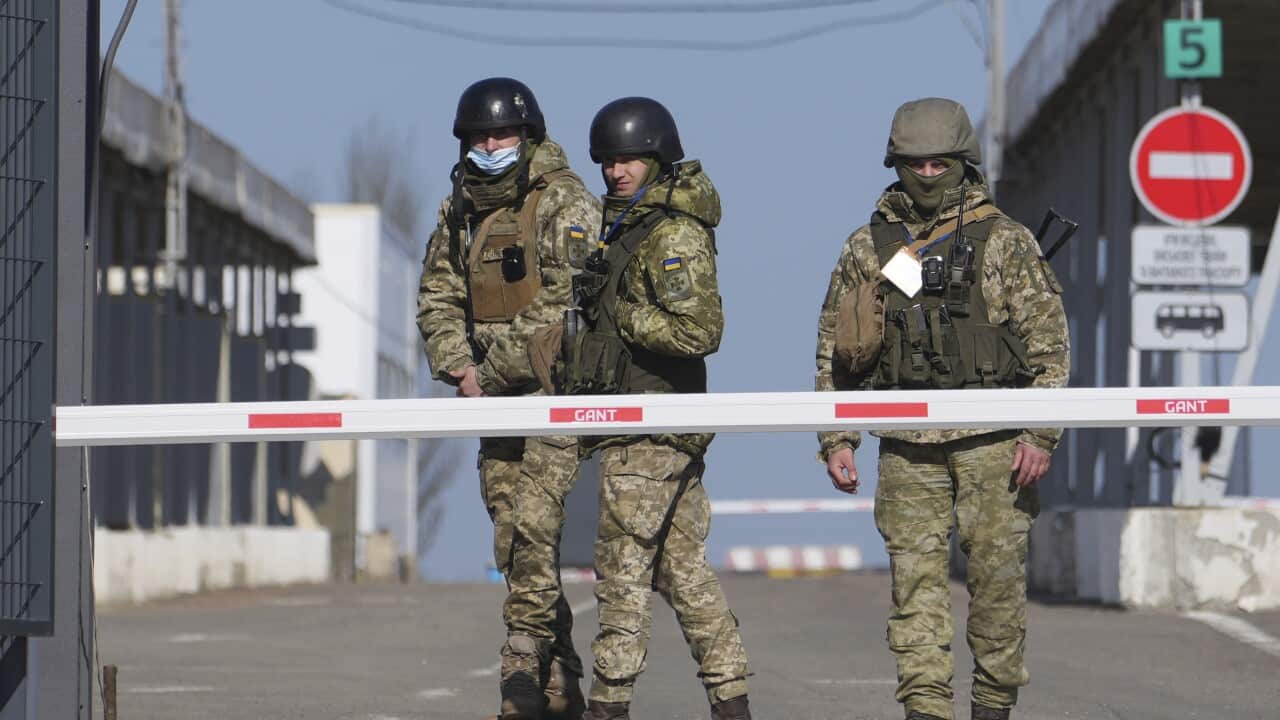 The United Kingdom has slapped sanctions on five Russian banks and three high-net worth individuals including Gennady Timchenko after President Vladimir Putin ordered the deployment of troops to two breakaway regions in eastern Ukraine.

"This is the first tranche, the first barrage of what we are prepared to do," Prime Minister Boris Johnson told parliament on Tuesday.

"Any assets they hold in the UK will be frozen and the individuals concerned will be banned from travelling here," Johnson said of those being sanctioned.

"We must now brace ourselves for the next possible stages of Putin's plan," Mr Johnson told the lower house of the UK parliament.

"Putin is establishing the pretext for a full scale offensive."
The UK has threatened to cut off Russian companies' access to US dollars and British pounds, blocking them from raising capital in London and to expose what Mr Johnson calls the "Russian doll" of property and company ownership.

"You can conclude that the invasion of Ukraine has begun," Mr Javid said. "The Russians, President Putin, has decided to attack the sovereignty of Ukraine and its territorial integrity."

Germany warns of sanction over pipeline

German Chancellor Olaf Scholz put the certification of the Nord Stream 2 gas pipeline from Russia to Germany on ice, a measure widely considered the toughest Europe is likely to take against Moscow at this stage.

"We must reassess the situation, in particular regarding Nord Stream 2," Scholz told a news conference in Berlin.

The pipe, built to bring gas from Russia to Germany via the Baltic Sea, has been completed but has yet to win regulatory approval.

Ukraine's defence minister warned his troops on Tuesday of "hardship" and human "losses" after Russia recognised two separatist regions and ordered in troops to back up their independence claims.

"There will be hardship. There will be losses. We will have to endure pain, overcome fear and despair," Oleksiy Reznikov said in an address to Ukraine's armed forces posted on his ministry's website.
READ MORE
Russia has ordered troops into two Ukrainian separatist regions for 'peacekeeping' efforts
It comes as the Ukrainian military said two soldiers were killed and 12 wounded in shelling by pro-Russian separatists in the east in the past 24 hours, the most casualties this year.

The military said on its Facebook page it had recorded 84 cases of shelling by separatists who it said had opened fire on about 40 settlements along the front line with heavy artillery, in breach of ceasefire agreements.

READ MORE
If Russia invades Ukraine, it will suffer heavy sanctions from the West. What will they look like?
An emergency United Nations Security Council session
kicked off late on Monday in New York City, where the US and its allies rounded on Russia, calling it a violation of international law and "pretext for war".

Linda Thomas-Greenfield, the US ambassador to the UN, told reporters after the meeting the US would look to impose fresh sanctions on Russia "for this clear violation of international law and Ukraine sovereignty and territorial integrity".

"We can, will, and must stand united in our calls for Russia to withdraw its forces, return to the diplomatic table and work toward peace," she said.

READ MORE
US and Australia rubbish Russia's claims of Ukraine 'peacekeeping'
France and Germany also agreed to respond with sanctions.

The Australian government has condemned Russia's actions and said the Russian personnel sent into the Ukrainian territories were "not peacekeepers".

Australia’s diplomats have also been evacuated from Ukraine, with three staff set to depart a makeshift embassy in Lviv and deploy to neighbouring Poland and Romania.
Share
4 min read
Published 22 February 2022 at 6:56pm, updated 23 February 2022 at 1:02am
Source: Reuters, SBS
Tags
World