The United Nation's top court will declare whether Japan's Southern Ocean whaling program is lawful or not in a binding ruling later today. 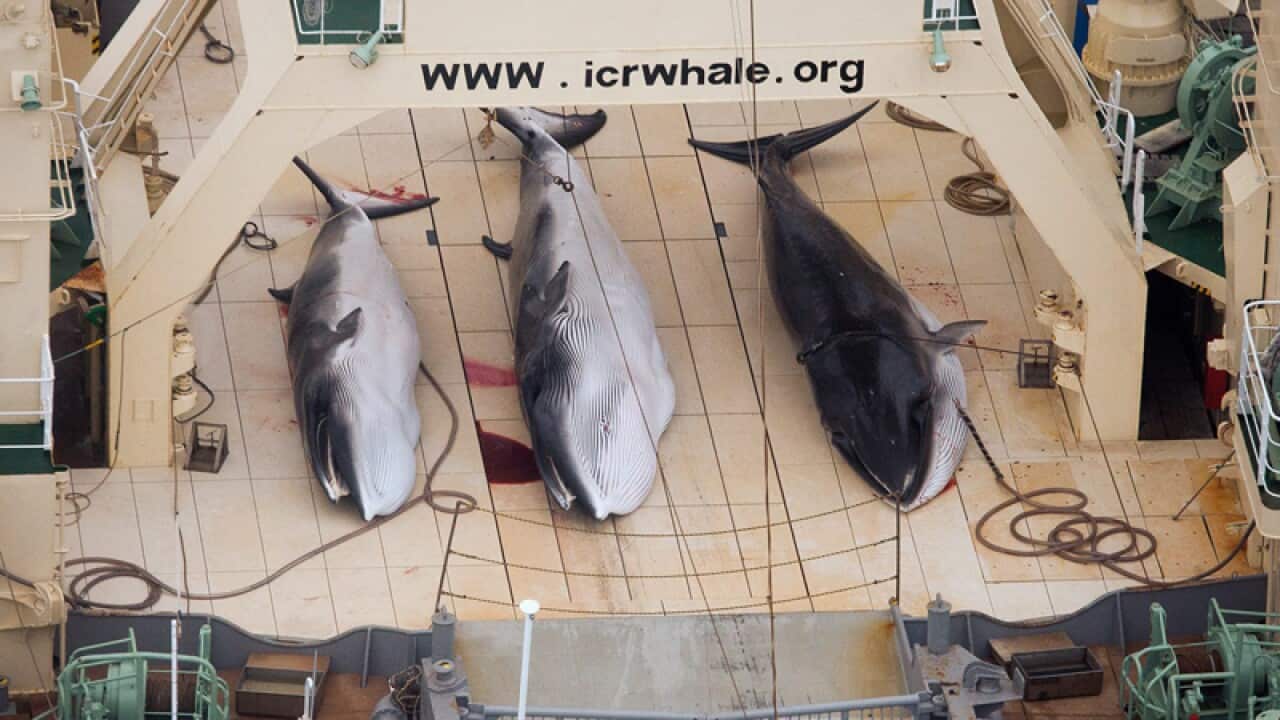 Almost three decades after agreeing to a ban on commercial whaling, Japan could be forced to stop hunting for whales in the Southern Ocean.

The International Court of Justice (ICJ) is set to rule later today on a case between Australia and Japan over the long-running dispute over Tokyo's "scientific" hunt.

Australia has been accused of affronting Japan’s national dignity by launching the proceedings before the international court of justice.

After another whaling season where the hunters became the hunted, Australia now has Japan’s whaling program firmly in its sights at the International Court of Justice.

“We have asked Japan to cease that unlawful activity so erroneously characterised by it as and I quote ‘scientific’,” Bill Campbell QC said.

Canberra launched the $25 million case four years ago, alleging Tokyo has knowingly and repeatedly breached the international convention for the regulation of whaling by disguising it’s commercial operations in the cloak of science.

The claims have been emotionally dismissed by Japan as an affront to its national dignity.

“So Japan is committed to saving whales not killing them? what i’m talking about is conservation of species,” said Japanese government spokesman Noriyuki Shikata.

While the Coalition says it backs Labor’s decision to launch legal action against our second biggest trade partner, Prime Minister Tony Abbott recently refused to raise the issue with his Japanese counterpart.

“I take the issue of whaling very seriously but the Japanese well know our position on this,” Mr Abbott said.

Campaigners who attended the hearing say they are confident this whaling season will be the last.

“Despite killing over 7,000 whales nothing has been gained for scientific purposes,” Mick McIntyre from Whales Alive said.

Both nations say they will respect the court’s decision.