The global governing body for rugby league says athletes who have transitioned from male to female will not be allowed to participate in sanctioned international events until further research is conducted. 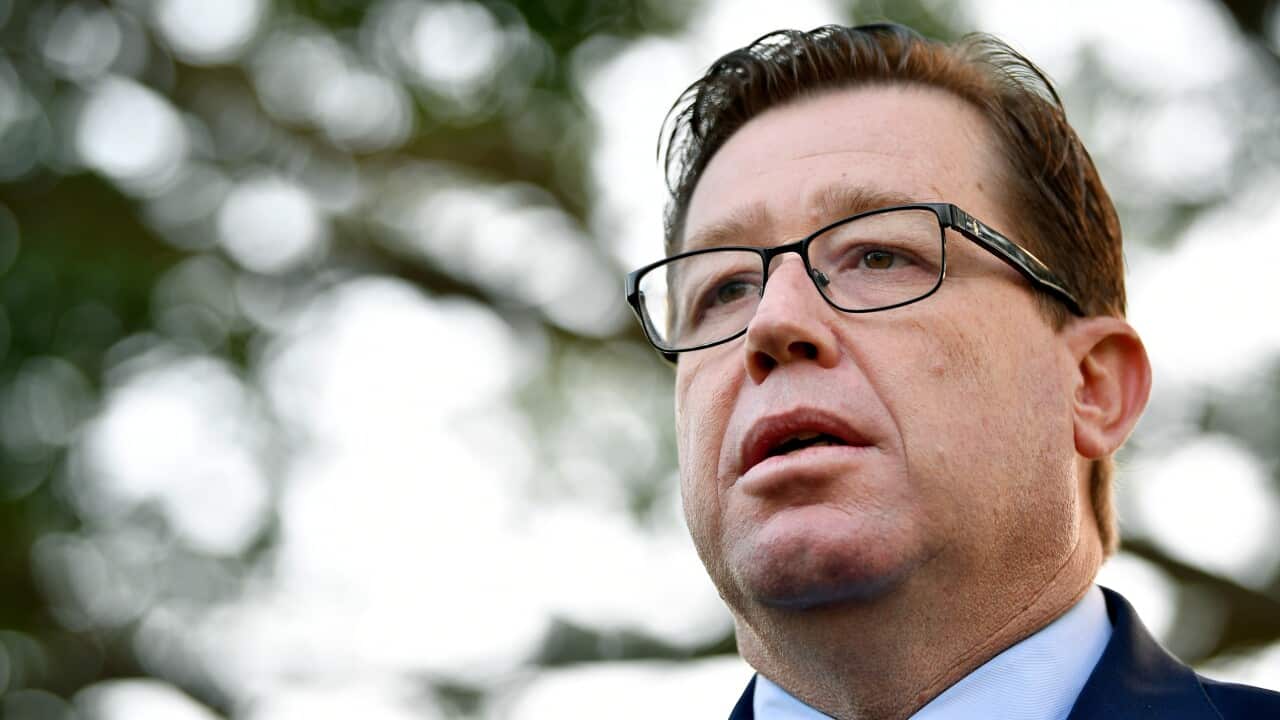 Chair of the International Rugby League Troy Grant said their will be more research and consultation before the IRL finalises its policy on transgender players. Source: AAP / JOEL CARRETT

Rugby league's governing body has cited "unnecessary welfare, legal and reputational risk" for its decision to ban transgender women from competing in international events until further research is conducted.

The decision will prevent male-to-female athletes from competing in this year's Rugby League Women's World Cup in England.

The International Rugby League (IRL) said it wants to roll out a policy that incorporates transgender women after the completion of the World Cup, which could potentially permit trans athletes to play in sanctioned international matches.

Advertisement
"In the interests of avoiding unnecessary welfare, legal and reputational risk to International Rugby League competitions, and those competing therein, the IRL believes there is a requirement and responsibility to further consult and complete additional research before finalising its policy," IRL chair Troy Grant said in a statement.
READ MORE
Trans women have been hit with a swimming ban. What signal does this send to other sporting bodies?
"The IRL reaffirms its belief that rugby league is a game for all and that anyone and everyone can play our sport.

"It is the IRL's responsibility to balance the individual's right to participate — a longstanding principle of rugby league and at its heart from the day it was established — against perceived risk to other participants, and to ensure all are given a fair hearing."

The IRL's decision comes after swimming's governing body announced
transgender women would not be allowed to compete
in elite female competitions unless they had transitioned before age 12 or could prove "they have not experienced any part of male puberty beyond Tanner Stage 2", whichever is later.

The International Swimming Federation (FINA) also proposed creating an "open competition category" with a task force to examine in the next six months just how to create such a category, despite it acknowledging that there were currently no transgender women competing at elite levels of swimming.

It is not yet clear how the IRL's decision could affect the two primary domestic women's competitions in each hemisphere - the NRLW in Australia and the RFL Women's Super League in England.
ARL commissioners Peter Beattie and Wayne Pearce are both members of the IRL board, as are RFL chief executive Ralph Rimmer and chairman Simon Johnson and both organisations have been developing their own transgender policies.

The international governing body will obtain data from the eight participating nations at the World Cup to inform whether the policy would permit the readmission of transgender athletes.

"The IRL will continue to work towards developing a set of criteria, based on best possible evidence, which fairly balances the individual's right to play with the safety of all participants," Grant said.

Australian LGBTIQ+ equality and inclusion groups Equality Australia and Pride in Sport warned the governing bodies of Australian sporting codes to proceed with caution in their responses to FINA's ruling.
READ MORE
Is it unfair to include transgender athletes in women's sport?
"For years, sporting organisations across Australia have worked hard to include trans women, trans men and non-binary people, and to ensure everyone is treated with dignity and respect, and that everyone can participate safely and fairly," Pride in Sport's acting national program manager Emma Staples said in a statement on Tuesday.

"This culture of inclusion is something that should be celebrated and protected, but FINA's blanket ban sets a harmful precedent that threatens to impact sporting communities around the world.

"We look forward to continuing working with sporting bodies in Australia, and urge them to prioritise inclusion, only discriminating where there is clear risk to safety or fairness."

World Athletics president Sebastian Coe told the BBC that the organisation's council would discuss its regulations at the end of the year.

FIFA said it was taking guidance from medical, legal, scientific, performance and human rights experts and also the position of the International Olympic Committee (IOC).

"Should FIFA be asked to verify the eligibility of a player before the new regulations will be in place, any such case will be dealt with on a case-by-case basis, taking into account FIFA’s clear commitment to respect human rights," the spokesperson said.
Last year, the IOC issued a 'framework' on the issue, leaving eligibility decisions up to individual sports bodies, but adding that "until evidence determines otherwise, athletes should not be deemed to have an unfair or disproportionate competitive advantage due to their sex variations, physical appearance and/or transgender status".

World Athletics' current rules cap testosterone levels at five nanomoles per litre (5nmol/L) for transgender athletes and for competitors with differences in sex development (DSD) in some women's running events.

World Rugby said in a statement explaining its decision that after months of research it had concluded that "safety and fairness cannot presently be assured for women competing against trans women in contact rugby".