'Unprecedented': Unfair work dismissal claims up 70 per cent because of coronavirus

The Fair Work Commission has revealed a 70 per cent spike in unfair dismissal claims because of the coronavirus job crisis. 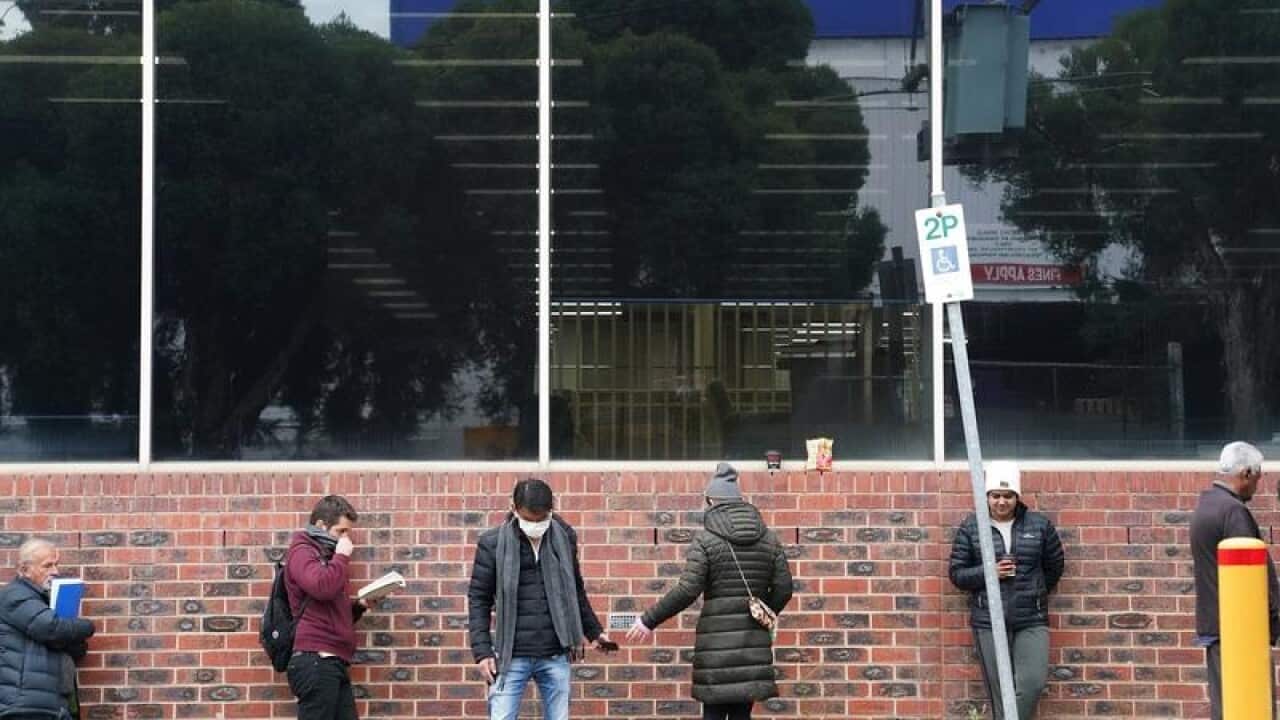 Unfair dismissal claims have soared to record levels as Australians lose jobs en masse because of the coronavirus crisis.

"The increase in unfair dismissal has been unprecedented, so significantly higher than any other period from our records," she said.

She said unfair dismissal claims had been constant over a number of years, meaning the spike could be attributed to unemployment stemming from coronavirus restrictions.

"It's not surprising that we're seeing escalation in things such as unfair dismissal," he said.

The unemployment rate recorded its biggest one-month jump on record, rising to 6.2 per cent from 5.2 in March.

Ms O'Neill said the surge in unfair dismissal claims had prompted the commission to ask the government for increased resources.

People are seen waiting in line at the Prahran Centrelink office in Melbourne. Source: AAP

Meanwhile, the federal government has lowered the minimum notice period for worker votes on changes to enterprise agreements from seven days to one.

Since the change, there have been 30 applications for changes to pay and conditions with 14 giving less than seven days' notice.

Three have used the minimum one day notice for a vote.