There are reports Australia and the United States will soon ink a deal to resettle people from the Nauru and Manus Island detention facilities. 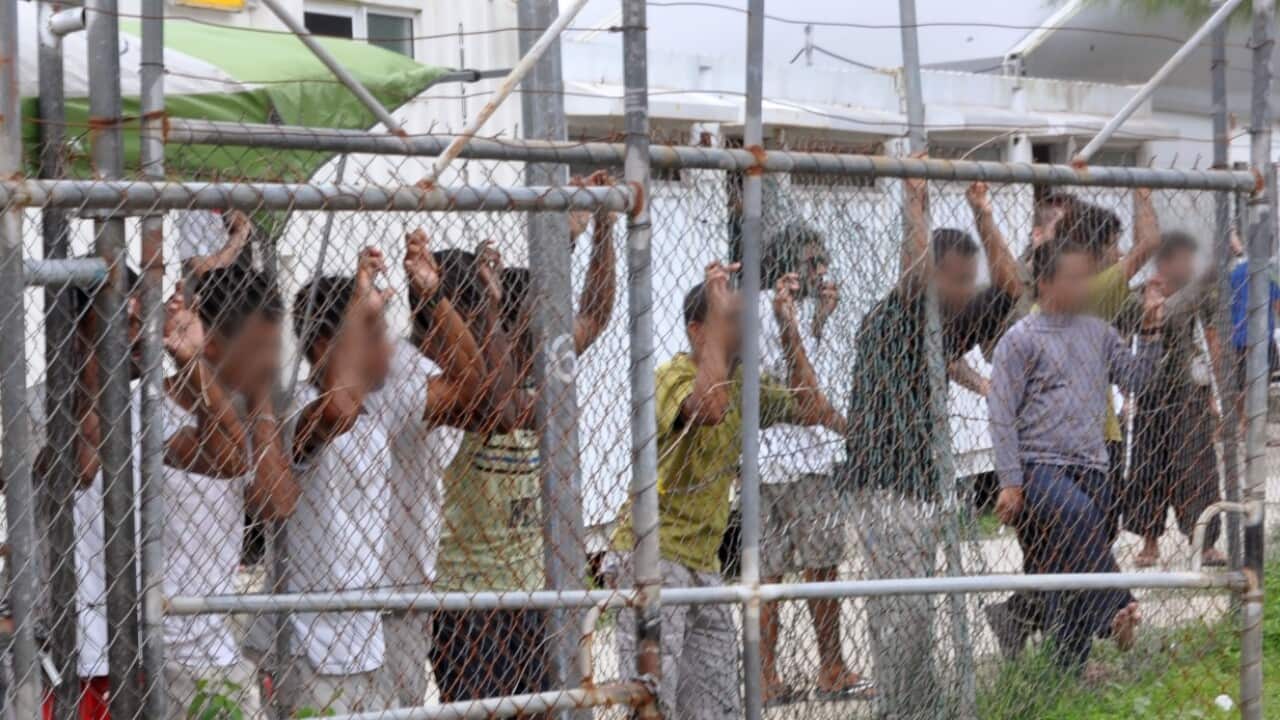 File image of detainees at the Manus centre Source: AAP

Government ministers and officials are keeping tight-lipped on the prospect of an asylum seeker deal between Australia and the United States.

The Australian newspaper reported on Friday the two countries were poised to announce a deal to resettle asylum seekers on Nauru and Manus Island after months of negotiations.

But Prime Minister Malcolm Turnbull declined to comment on the negotiations when asked on 3AW radio on Friday.

Advertisement
"We never comment on them and I won't begin today," he said.

Immigration department chief Michael Pezzullo told a parliamentary committee the government was closer to a deal.

"We are working actively on those arrangements ... today we are closer than what we were yesterday," he said.

He claimed a public interest immunity on how many and which countries are in negotiations with Australia.

Quizzed about the human rights criteria resettlement countries will have to meet, Mr Pezzullo said once the arrangements are struck the partners will be "considered to be appropriate".

Cabinet Minister Christopher Pyne didn't confirm the report but noted it was two months until the Obama administration ended.

"If it's the case, it will be another great achievement from the Turnbull government," he told the Nine Network.

"These are people who are refugees, who have been found to be refugees, who, if they are settled in a country like the United States, that will be a good thing," he said.

Defence Minister Marise Payne would not shed light on the report, saying third-country arrangements were up to Immigration Minister Peter Dutton.

"I'm sure they'll come to government at an appropriate time," she told ABC radio.

In September, the Turnbull government agreed to resettle a group of Central America refugees currently housed in Costa Rica, under an agreement with the US.

At the time the government denied it could amount to a "people swap" for Nauru and Manus Island detainees.

Labor was critical of a 2007 deal between the US and Australia.

The agreement, which didn't result in any transfers, was to involve Haitians and Cubans coming to Australia and refugees from the Nauru facility going to the US.

Comment was being sought from the US State Department's Bureau of Population, Refugees and Migration.